A financial revolution continued to gain ground over the weekend in France, with protesters taking to the streets for the eighth weekend in a row in response to President Emmanual Macron’s polarizing fuel tax. So far, six people have died as a result of the economic justice demonstrations — hundreds have been injured.

What began as a protest over a clearly unreasonable fuel tax hike, has transformed into a movement addressing much broader social and economic issues other than fuel.

Fed up with the burden of years of high cost of living, disproportionate tax burdens for middle and lower-class citizens as opposed to upper-class, and a general suspicion toward the motives of their middle-class, citizens organized into a group of protesters labeled the Yellow Vests. It is estimated that 70 percent of the French population supports the cause.

For those who have never lived in European countries, the Yellow Vests were named for the safety gear that all French drivers are required by law to carry with them. These protesters are using a law-abiding symbol to protest their inability to make ends meet due to unreasonable tax laws and overall cost of living. 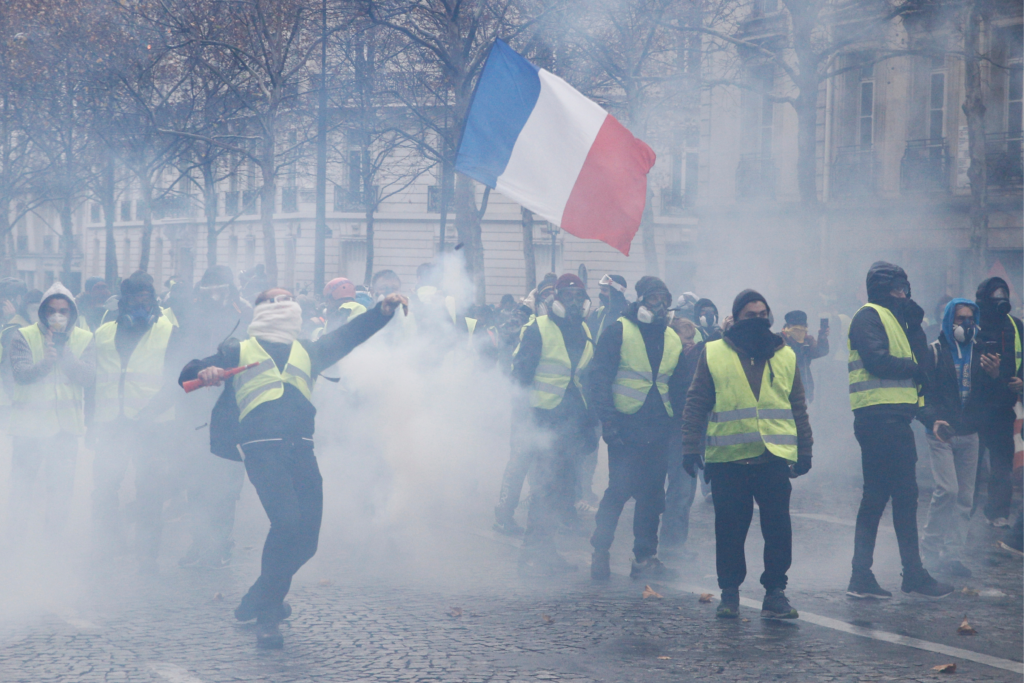 The Yellow Vest’s most recent, and potentially most catastrophic call to action took place right after last weekend’s street protests. In an attempt to start what is known as a ‘bank run’, Yellow Vest leaders encouraged supporters to withdraw all their assets from French banks this Saturday, Jan 12, 2019, at 8 AM. The Yellow Vest movement is calling this part of the protest ‘Act 9.’

Once you've bought or received bitcoins; you now need to keep them as safe as possible. This guide will provide... More of the bank and have been taking place since the 17th century. Bank runs are also a tool for civil disobedience — a means of expressing displeasure with lawmakers and even in attempts to overthrow government bodies. For France, some estimates indicate that the withdrawal of as little as 20 percent of funds could threaten solvency and collapse the banking system.

Previously in France, protests of any kind have been closely affiliated with unions. These protests have found a new foundation through social media, with all organization, planning, and communication done through Facebook and Twitter posts using trending hashtags. 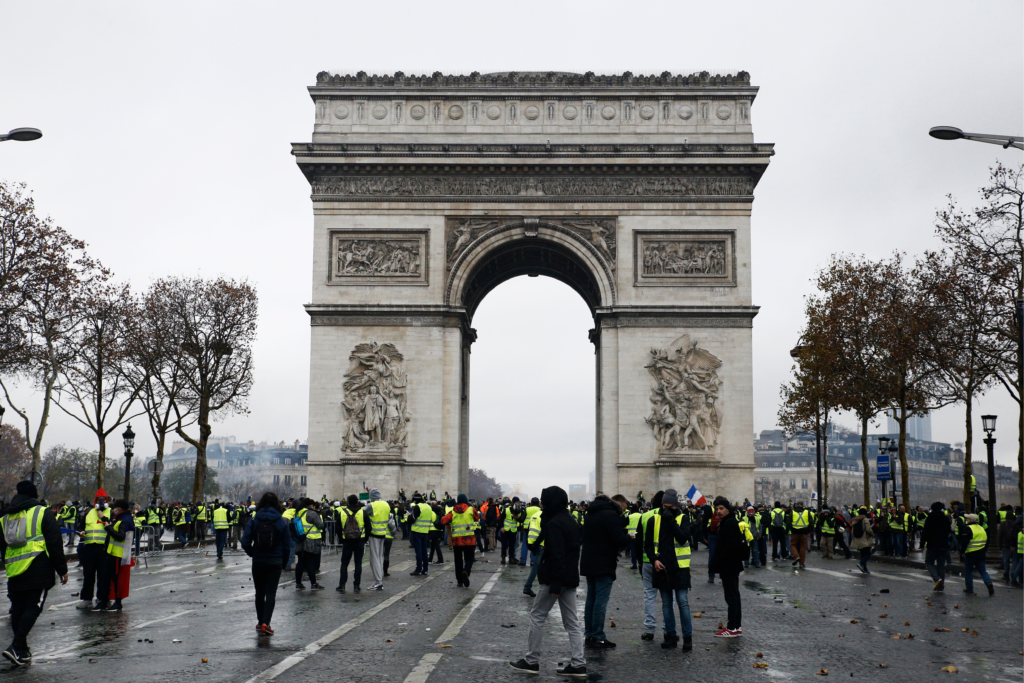 Macron desires reform as well. In recent weeks, he has communicated willingness to negotiate how the tax levies will be allocated. Macron had initially announced a strict structure of fuel tax increases, beginning Jan 1, 2019, with a levy equivalent to 25 cents a gallon.

While the fuel tax was suspended for a minimum of six months, French citizens have been left wary of the future. Many of the protesters hail from small towns and villages and are already crushed by exorbitant energy costs and high-income taxes. Opportunities for salary increases or career advancement remain slim.

France is a country whose suburban and rural residents are dependent upon cars to get to work. Alternative transportation infrastructure does not exist. While Macron’s goal of reducing energy expenditures is noble, his execution is threatening the livelihood of most of the population of France.

The citizens affected by this tax increase depend on gas and diesel-fueled cars in order to get themselves to work. They do not have the resources to invest in more energy efficient vehicles, which was Macron’s stated goal.

Macron’s budget from his first year in office did not win him any favors with the majority of the French population either. The budget, which offered clear tax benefits for the top one percent of French income earners, only provided modest improvements for those in the middle-class. Worst of all, the bottom 20 percent of French workers along with French retirees stood to be worse off under Macron’s 2018-2019 budget.

Bitcoin’s Moment in the Sun

An obvious alternative to the French fiat banking system is Bitcoin, and cryptocurrency enthusiasts were quick to offer that as an alternative.

Reports are saying that Yellow Vest Protestors in France which is 70% of the population is planning to withdraw all of their money from banks to destabilize the gov.

It will be nearly 46 million people directly revolting against the banking system.#YellowVests #France #BTC pic.twitter.com/WQfmiywwYF

This is just one more social media driven piece of the protest with the potential to take off in unexpected ways. Given that the French people have learned how to organize and develop a financial revolution on social media, completely independent of the unions they have relied upon for decades, there is much hope.

Bitcoin is a valid alternative to fiat money at this point in its evolution. Is it possible that a social justice cause in a developed nation such as France is exactly what Bitcoin needs to become the currency of choice for an entire nation? The French are already fed up with their centralized banking system, its flaws, its fraud, and its inability to support a hard-working, yet frustrated middle class.

If Act 9 happens to fail on its first attempt, the Yellow Vests plan to repeat it again on a monthly basis until they see success. Unfortunately for the movement, experts have minimal confidence in its ability to have a genuine impact. Factors such as insufficient participation by supporters, long queues to withdraw funds, and even debit/credit card withdrawal limits have been cited as potential failure points.

Bitcoin fans would argue that a simple switch to a cryptocurrency platform would resolve all these potential roadblocks. If Act 9 does indeed fail on January 12, the movement toward some form of decentralized currency will nevertheless continue.

This could likely become Bitcoin’s moment in the sun.

Will the Yellow Vests prove Bitcoin’s viability? Will their efforts fizzle? Let us know in the comments below!