Facebook Is Secretly Working on Robots to Better Understand AI

Facebook has announced that it is working with a variety of robots to better understand artificial intelligence. The social media company’s robotics division has been operating mostly in secrecy before this point.

Facebook is betting long-term on AI. After a significant controversy over its data-collection programs, the company promises it was all done to better understand its users’ needs. However, Facebook has apparently been taking this a step further by using live robots to better calibrate its AI systems.

According to the company’s blog post, Facebook has been working with a wide variety of robots including walking hexapods, articulated mechanical arms, and robotic hands with sensors. Facebook is adopting a technique called model-based reinforcement learning so the robots can teach themselves through trial and error.

Most of Facebook’s efforts rely on incorporating curiosity into its robot designs. Writing that “curiosity is a central motivation for learning humans,” it wishes to instill this in its robots. In this schema, ‘curious’ AI is rewarded for accomplishing a set goal. Environments are structured to reduce uncertainty, so the robots can traverse and learn the environment from the inside out. 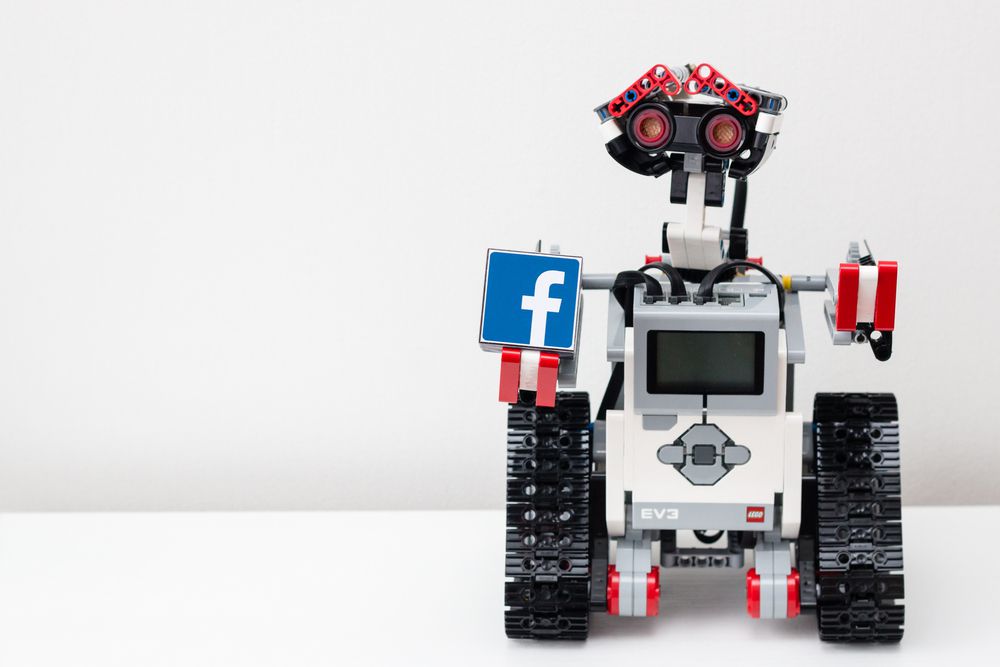 Facebook has been fixated on two emerging technologies to position itself as an industry leader in new sectors — blockchain and AI.

Facebook has already committed long-term to AI research, and the recent unveiling of the company’s robotics division confirms this in full.

However, the social media giant isn’t stopping with only AI. Instead, it is also investing significant time and money into developing its own smart contract and blockchain-based systems. In February, Facebook purchased Chainspace, a startup focused on speeding up smart contracts. Facebook is looking to integrate a stablecoin for its WhatsApp and Messenger users, confirmed to be released sometime this year.

Facebook is looking to be a leader in both AI and blockchain, two sectors the social media company is making long-term bets on. It hopes to harness these technologies to likely cultivate an entirely new revenue stream for the company since its ad-based revenue model has come under fire.

AI is just one piece of Facebook’s overall long-term vision. Despite the controversy over the company’s complete disrespect for privacy, the social media giant trudges on and likely won’t be going away anytime soon. It remains to be seen how lucrative these tech initiatives will be, but we should have a more concrete idea by the end of this year.

Do you believe Facebook will grow to dominate the AI market? Let us know your thoughts in the comments below.

Featured 3 months ago
No Result
View All Result