Every Major Tech Company Will Have Its Own Cryptocurrency in the Next Two Years, Say Winklevoss Twins

In a recent interview with CNBC, the Winklevoss twins said that other big tech companies will be releasing their own cryptocurrencies in the wake of Facebook’s Libra. Overall, they are quite confident that Libra will be successful.

Regardless of the tumultuous relationship between the Winklevoss twins and Mark Zuckerberg, the duo is now congratulating Facebook on its planned cryptocurrency. Libra, expected for release sometime in 2020 has yet to pass all the regulatory hurdles required that may be required of it.

According to the Winklevoss twins, all Calibra needs to do to ensure Libra is a massive success is work with regulators, rather than avoid the issue.

Libra Will Be a Success

“Talk with them,” Tyler Winklevoss told CNBC, “if you get the regulation wrong it can stifle innovation, but the right regulation allows for innovation to flourish, and we think we have achieved that right balance with New York.”

The twins’ exchange, Gemini, is fully licensed within New York and has been able to issue its own insured stablecoin

One of the perceived drawbacks of cryptocurrency is the price volatility, value wildly spikes and falls, discouraging many people from... More, the Gemini Dollar. Because this is a new industry, Winklevoss says there is still much explaining today. “Ask for permission, not forgiveness,” he says.

The Libra is, in some ways, competing with the Gemini Dollar. Libra, however, will be tied to multiple fiat currencies whereas the Gemini Dollar is only pegged to USD. The Winklevoss twins were open to see a Bitcoin-Libra or even a Libra-Gemini dollar pairing in the future.

Winklevoss also predicts that in two year’s time all big tech stocks will have their own cryptocurrency project. Libra will undoubtedly set the standard. 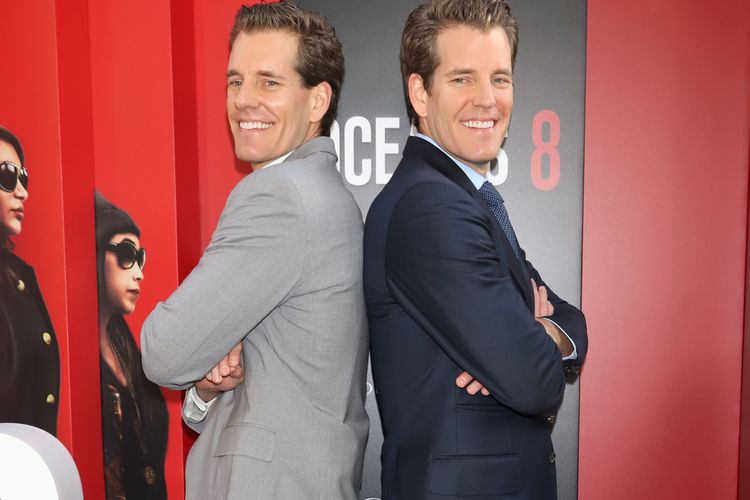 Overall, the twins are bullish on Bitcoin. Always calling Bitcoin ‘gold 2.0,’ they repeated their bold claims in this recent interview. “Until it has a market cap of $7 trillion, which is the size of gold, it’s a very undervalued asset, so I think people are waking up to that,” Tyler said.

Right now, the goal of Gemini is simple: expansion on a global scale. According to the twins, the exchange is focusing on its mobile app and will be adding more crypto-assets by the end of the year.

Do you believe Bitcoin can reach a $7 trillion valuation like gold? Let us know your thoughts in the comments below.

You Can Now Purchase $100 Trillion Zimbabwe Dollars for $70 USD