Ethereum Classic Is Nearing a Major Resistance Area: Will It Successfully Break Out?

The Ethereum Classic price could soon make another attempt at breaking out above 74,000 satoshis.

The Ethereum Classic price has been increasing since December 19, when it was near the bottom of its long-term trading range. Since then, it has increased by roughly 30 percent.

Trader @PostyXBT outlined the ETC price and stated that it is one of the few altcoins that has managed to stay above its 200-day moving average (MA) and validate it as support.

One of the only alts that managed to hold a bullish structure or keep its head above the 200MA for a successful retest as support! pic.twitter.com/L3ACB5vjAT

Will this retest be helpful in allowing the price to continue moving upward? 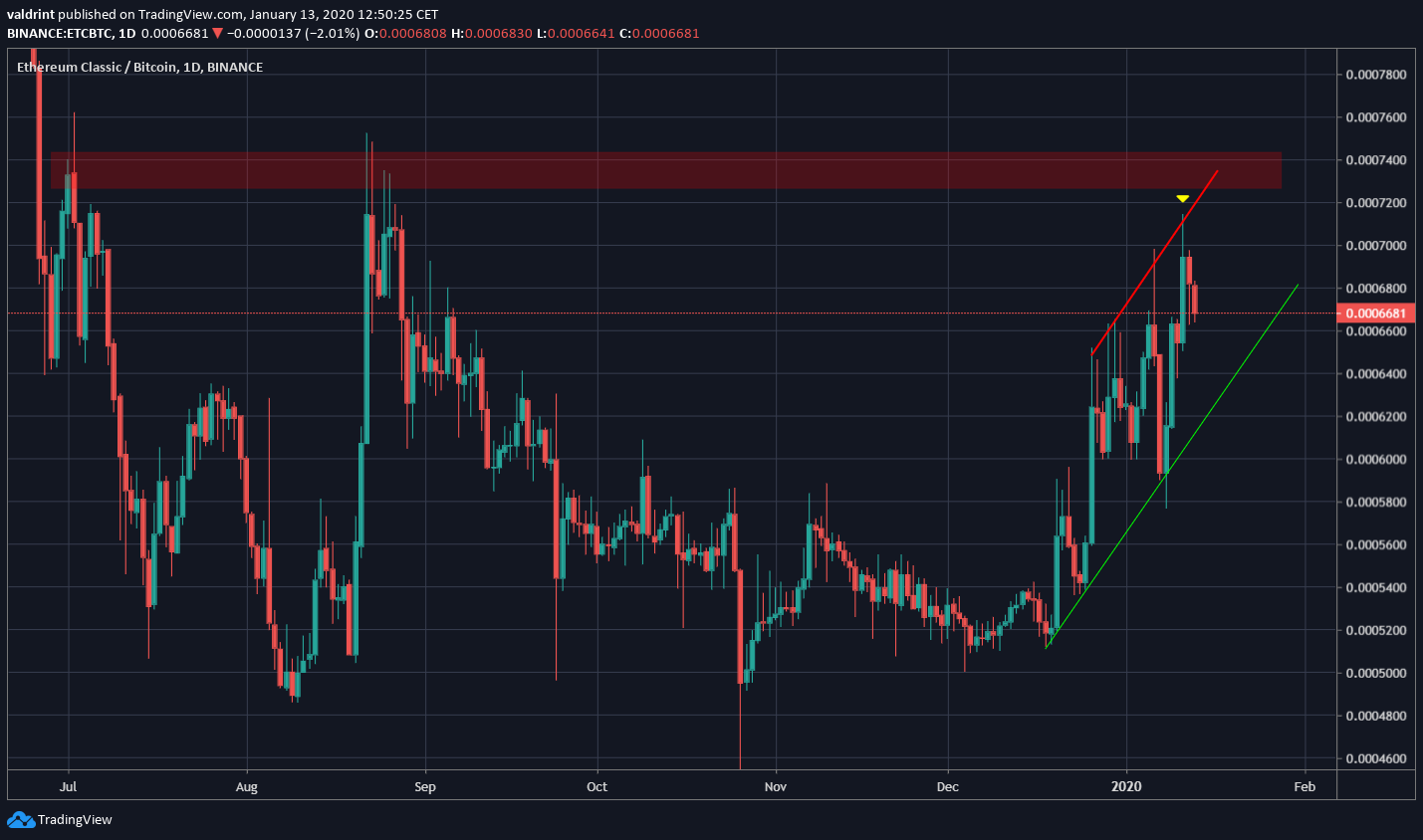 The movement inside the channel moderately resembles a five-wave Elliott formation. While the wave formation is not exactly textbook, the fourth wave ended right at the top of the first one — a very common movement in Elliot formations.

In addition, the volume has been decreasing since the third wave and there is a bearish divergence in the RSI — all common occurrences near the end of the formation. 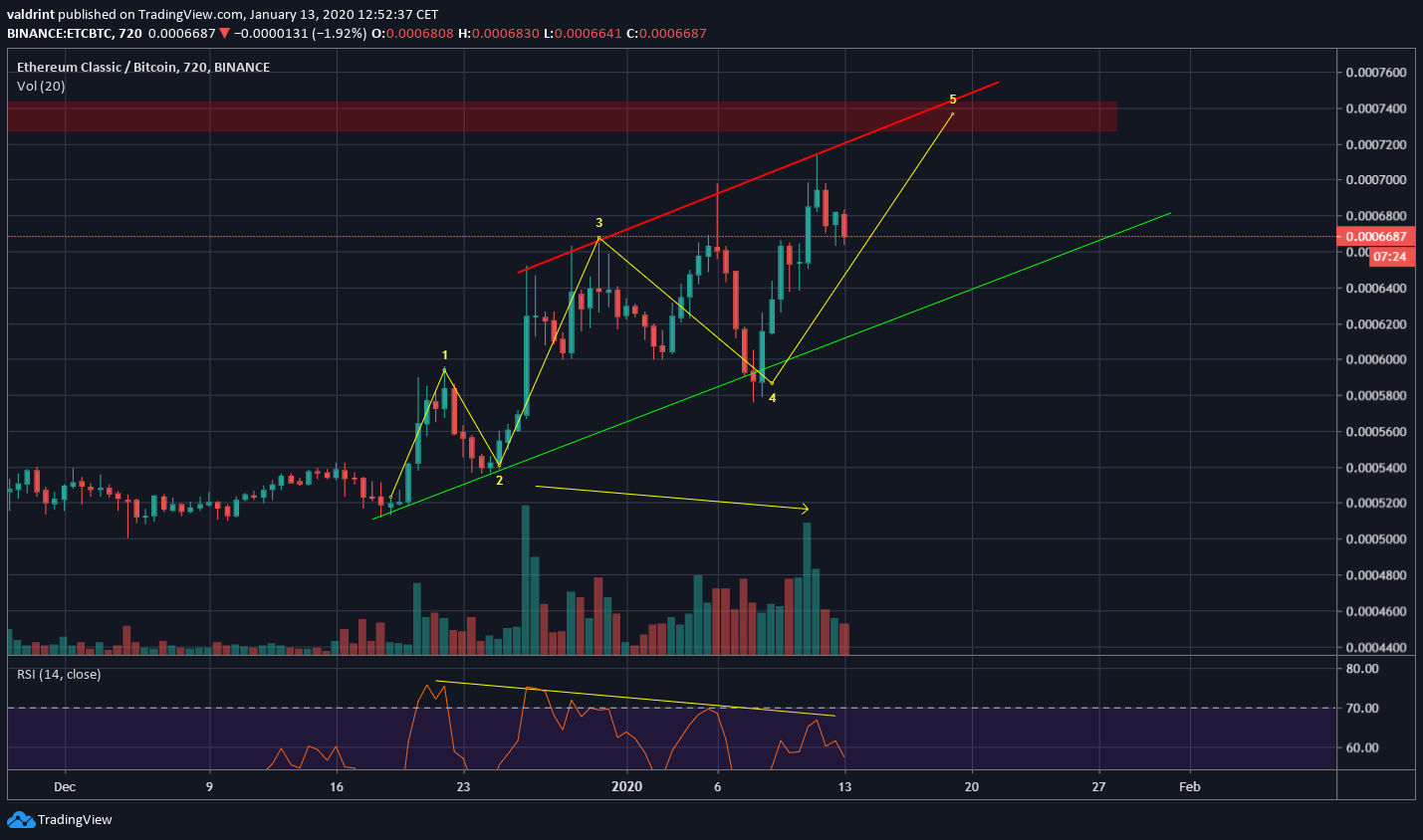 The most probable possibility for the future movement would be an unsuccessful attempt at breaking out followed by a decrease to the support line of the channel.

While we do not believe this is likely, a breakdown below the channel would indicate that the current upward move has ended and the Ethereum Classic price will decrease towards 60,000 satoshis — a significant support area strengthened by the 100- and 200-day moving averages (MAs), which are close to making a bullish cross. The cross would confirm that the price has begun an upward move.

Therefore, placing a stop loss below the support line would be a prudent move in case the price reverses. 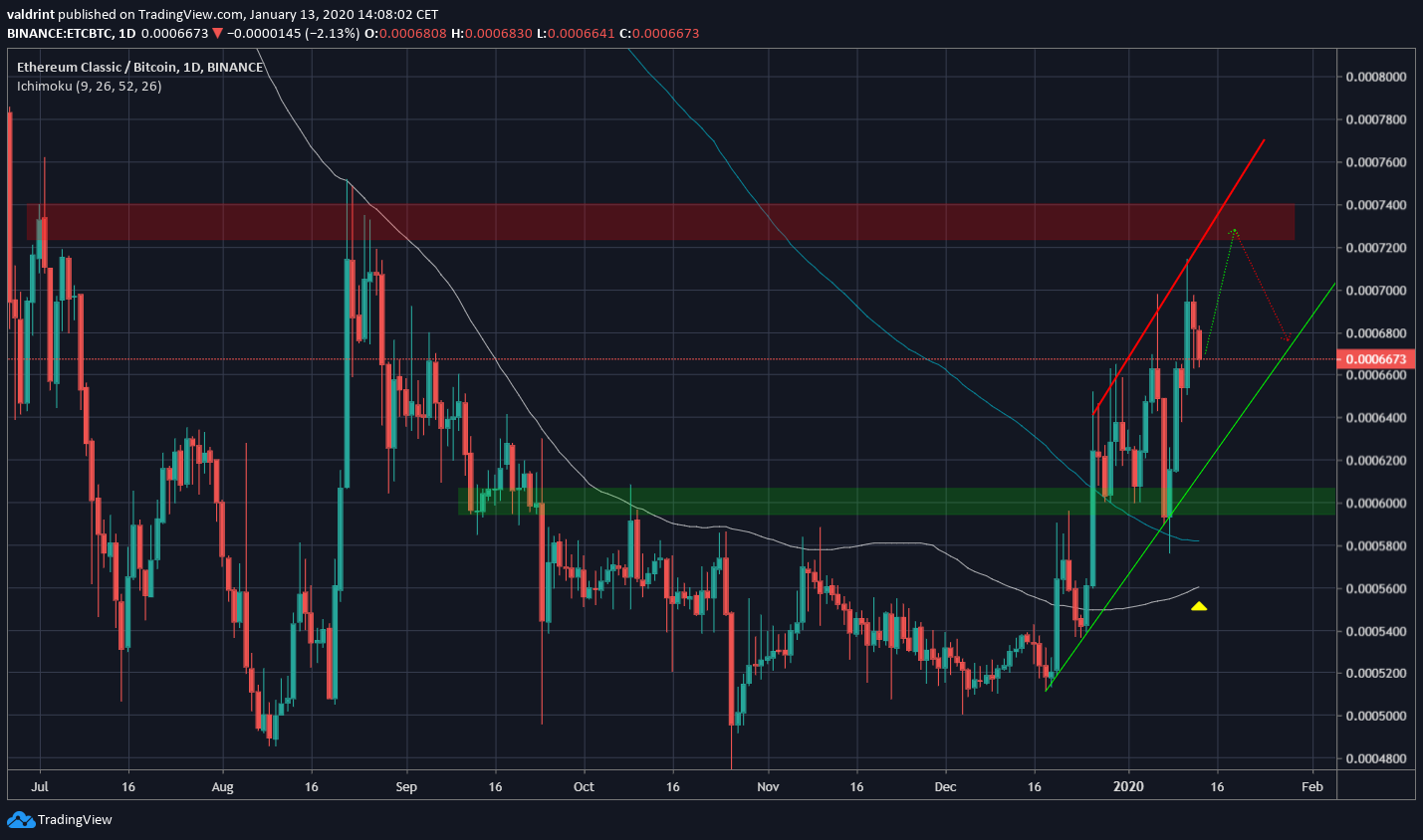 To conclude, the ETC price seems to be in the fifth and final wave of an Elliott Formation. We believe a target for the top of this move should be between 72,000-74,000 satoshis. In the long-term, we believe that ETC will eventually break out above the 74,000 satoshis area — even if it will not do so on the next attempt.