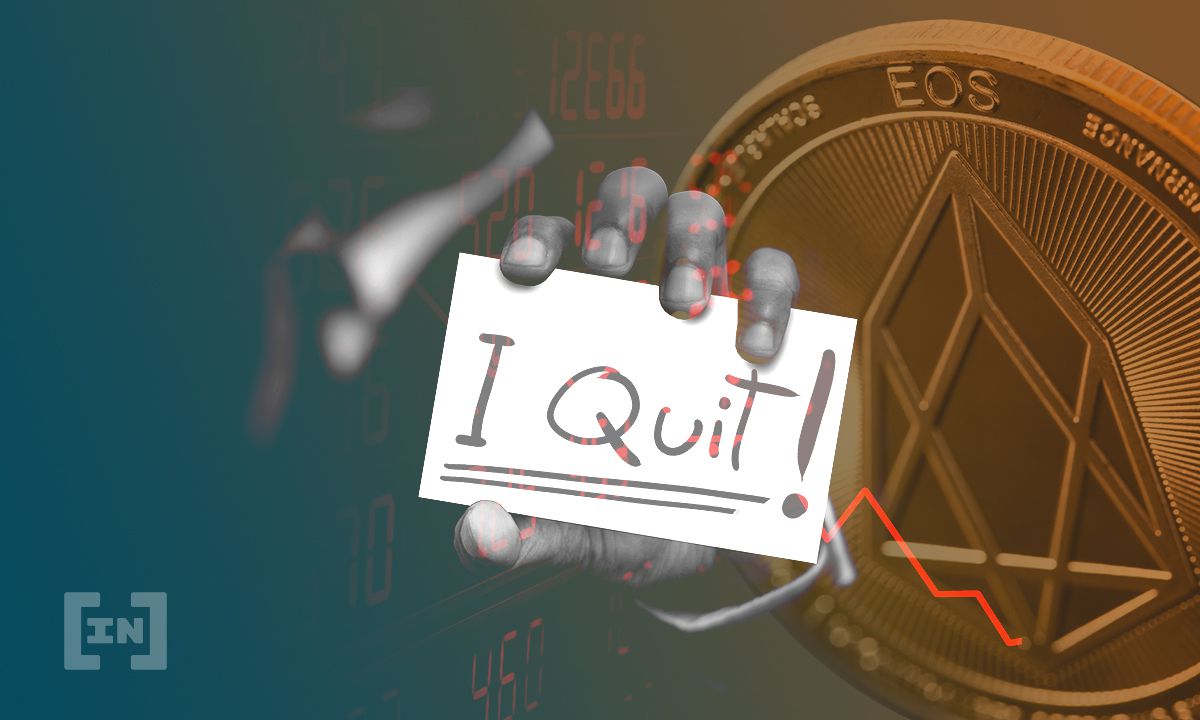 EOS prices are getting battered this Monday following the announcement that CTO Dan Larimer will be leaving the project.

Cryptocurrency markets are a sea of red to kick off the week as a correction from recent all-time highs accelerates. EOS is taking a bigger beating than its brethren following the announcement that Block.one chief technology officer, Dan Larimer, will be resigning from his position.

EOS has underperformed for most of 2020 and failed to register the level of gains that rival blockchain tokens such as Ethereum, Cardano, and Polkadot have done. The pain has intensified for EOS holders as the token dumped over 30% within the last 24 hours.

The announcement came on Jan. 11, following a Friday Twitter post in which Larimer said that it was time to abandon the social media platform. In Sunday’s blog post he stated that as of Dec 31, 2020, he had resigned his position as CTO of Block.one.

Larimer added that he has worked with Block.one for the past four years and was proud of the EOSIO software he was able to create and launch with the team. With regards to moving forwards, Larimer stated;

“I will continue on my mission to create free market, voluntary solutions for securing life, liberty, property, and justice for all. I do not know exactly what is next, but I am leaning toward building more censorship resistant technologies. I have come to believe that you cannot provide “liberty as a service” and therefore I will focus my attention on creating tools that people can use to secure their own freedom.”

EOS has been plagued with centralization concerns for the past few years. As expected there was a big reaction from the community and very little of it was positive;

Messari’s Eric Turner noted vitriol being spouted on the EOS Reddit channel as investors and project advocates reacted to the news;

The ‘Whale Alert’ twitter feed reported some large transactions of EOS as the sell-off intensified;

Since the announcement went public, EOS prices have plummeted from a Sunday high of $3.92 to $2.68 at the time of press.

This 30% slump makes EOS the worst-performing digital asset in the top one hundred by market capitalization. The highest price for the token over the past year was in mid-February when it hit $5.35. Since then it has moved very little and is now down 50% from that peak.

EOS has never managed to come even close to its all-time high of over $23 which came during the massive mainnet launch hype in May 2018.