Elon Musk has yet again provoked intrigue among the Bitcoin and cryptocurrency community. The tech entrepreneur posted a cryptic tweet referencing the digital asset earlier today.

The Tesla and SpaceX CEO wrote on Friday ‘Bitcoin is *not* my safe word.’ Safe word, for those unaware, is a phrase commonly associated with sexual activity.

The suggestive wording of the tweet has left followers and the Bitcoin industry guessing as to what prompted Musk to suddenly start talking Bitcoin again.

Bitcoin is *not* my safe word

The technology entrepreneur has previously referenced Bitcoin and other cryptocurrencies via Twitter and elsewhere. BeInCrypto previously reported on another of Musk’s cryptic tweets. At the end of last April, he simply posted the word ‘Ethereum.’ This earned him an invite to the Ethereum Devcon event in October from Vitalik Buterin himself — however, Musk didn’t end up attending.

Similarly, in an interview with Tasha Keeney of ARK Invest early last year, Musk confirmed that he owns 0.25 BTC. He also said he finds the cryptocurrency’s design “quite brilliant,” before commenting that some other digital assets might have “some merit.”

Today’s intriguing tweet has garnered a lot of attention, relative to other big posts about the cryptocurrency. At the time of writing it has been retweeted more than 43,000 times and liked by more than 48,700 users. 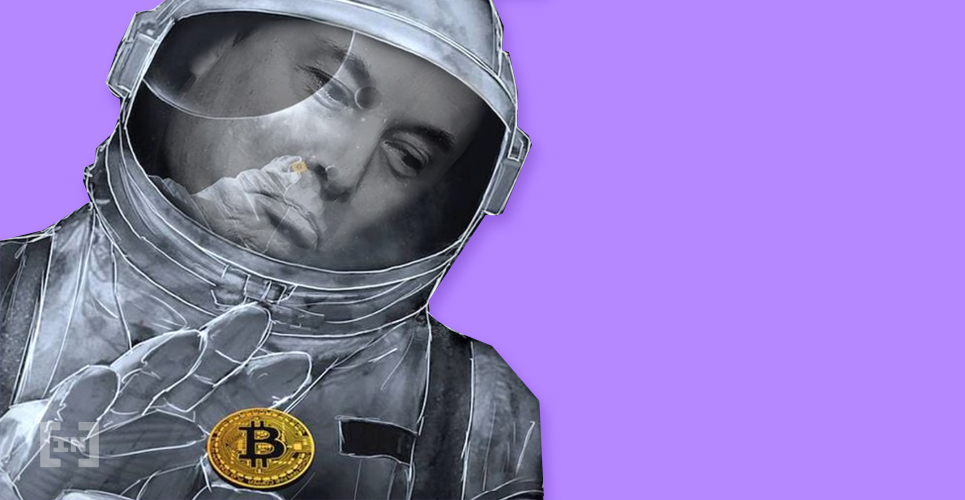 Just like the previous occasions, Friday’s cryptocurrency-related tweet has excited many industry participants. Podcaster Peter McCormack invited Musk to appear on his “What Bitcoin Did” show. Meanwhile, Ethereum developer Anthony Sassano (@sassal0x) attempted to pry further into the entrepreneur’s opinion on Ethereum. Others used the opportunity to shill their favorite cryptocurrencies to the entrepreneur with a few users arguing that Bitcoin SV will see greater adoption than Bitcoin (BTC).

Musk’s cryptic cryptocurrency testimonials have perhaps over-excited industry participants on previous occasions too. As BeInCrypto reported late last year, a tweet reading just “200k” was interpreted by some as a wildly bullish Bitcoin price prediction. However, it turned out that the figure simply the number of the newly-revealed Tesla Cybertrucks that have been preordered.

Bitcoin supporter Elon Musk saw his net worth surge from $1.7 billion up to...

Will Ocean Protocol Break Down Below Long-Term Support?