Share on FacebookShare on Twitter
At BeInCrypto, we complete regular price analyses and predictions for various cryptoassets. In our Apr 9 analysis of Dogecoin (DOGE), we predicted slight increases. Our prediction was validated the next day when the price initiated an unsuccessful attempt at breaking out of the wedge we have defined below.  It is currently trading at levels slightly higher than those on Apr 8. For more, keep reading below.

What will happen next?

The price of DOGE/USD is analyzed at two-hour intervals from Apr 1 to Apr 12 using data from HitBTC. This is done in order to trace Dogecoin’s current trading pattern.

On Apr 4, the price made a low of $0.0041. Since then, several market cycles have been completed with each high being lower than the previous one.

Tracing these highs gives us a descending resistance line: 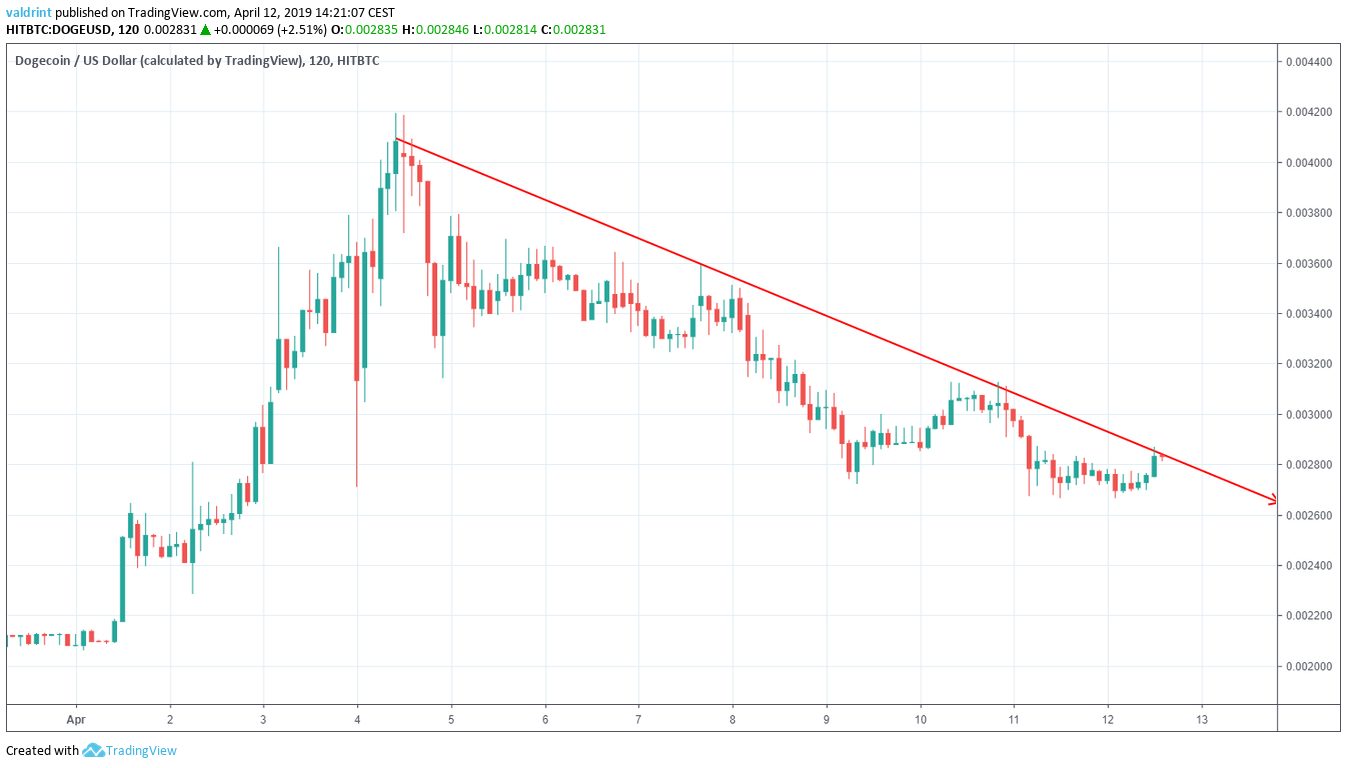 Tracing these lows gives us a descending support line.

The support and resistance lines combine to create a descending wedge: 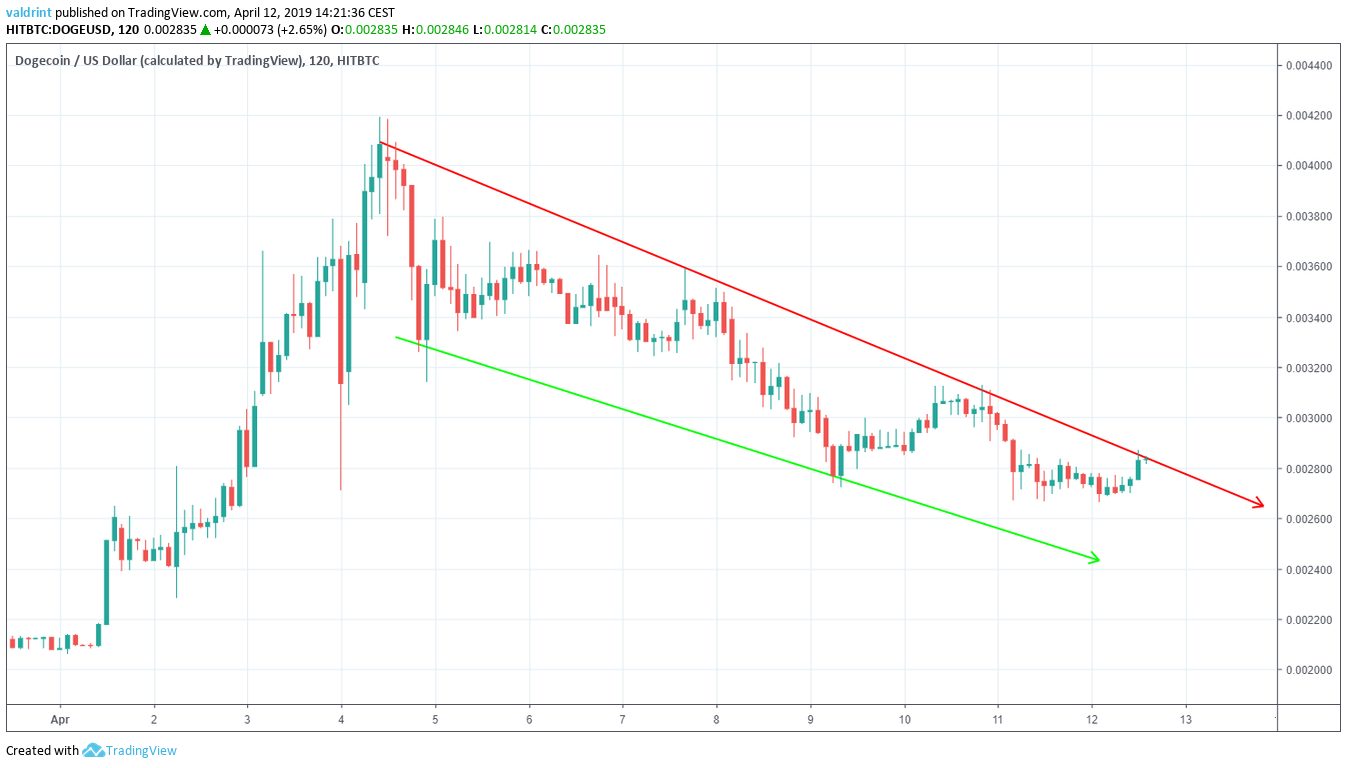 This is a bullish pattern. It suggests price increases and a possible breakout.

Depending on the slope of the resistance line, the price is either breaking out or has already broken out from the descending wedge.

In order to confirm the breakout, we need to look at some technical indicators.

We begin with MACD and RSI. 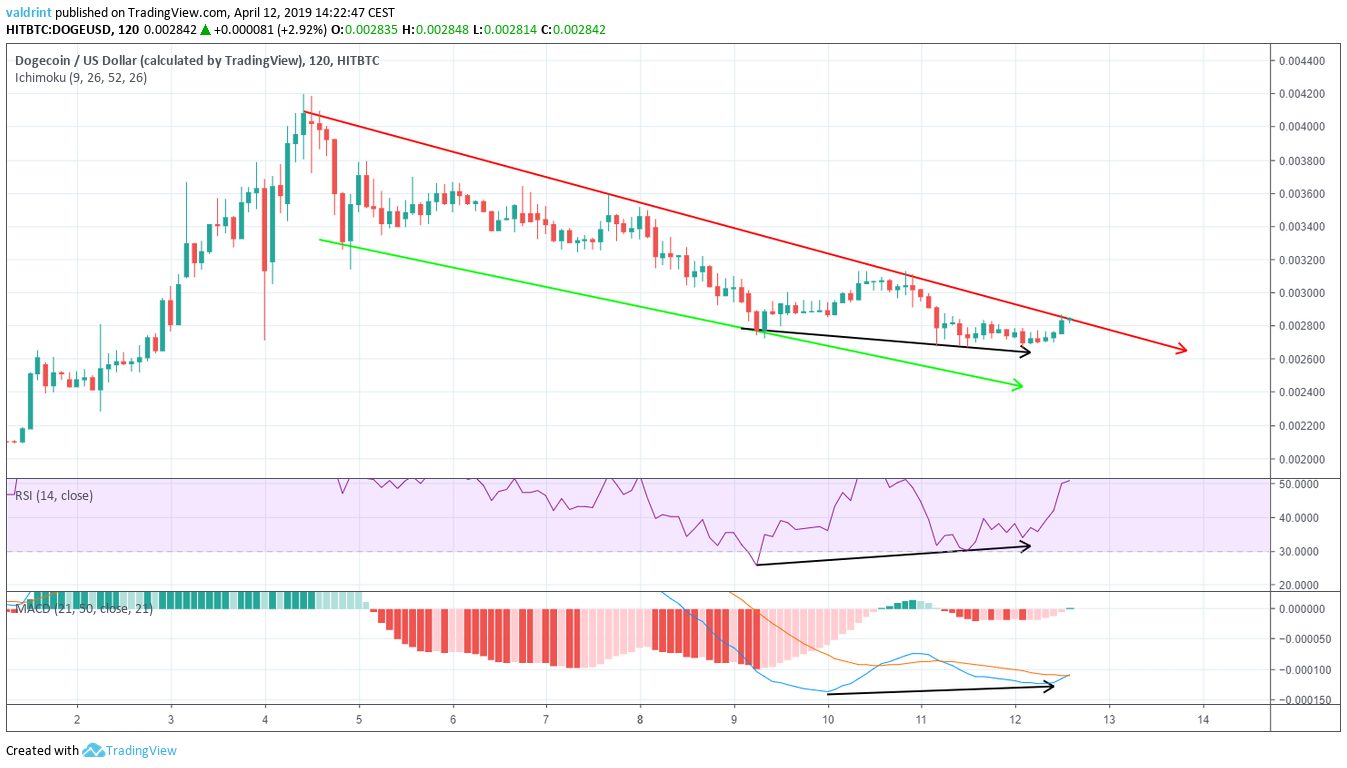 Similarly, the RSI and the MACD reached the first low on Apr 9. However, they have proceeded to generate higher values.

Using these indicators, we believe that a breakout is going to occur in the near future if it has not already begun. Price increases are expected. They could be rapid and significant.

However, a false breakout might occur, in which cases prices would drop back below resistance shortly after breaking out.

To determine future areas of reversal, we incorporate resistance areas into the analysis.

Resistance areas are created when the price visits the same level several times. They can provide reversal areas in case a breakout or breakdown occurs. 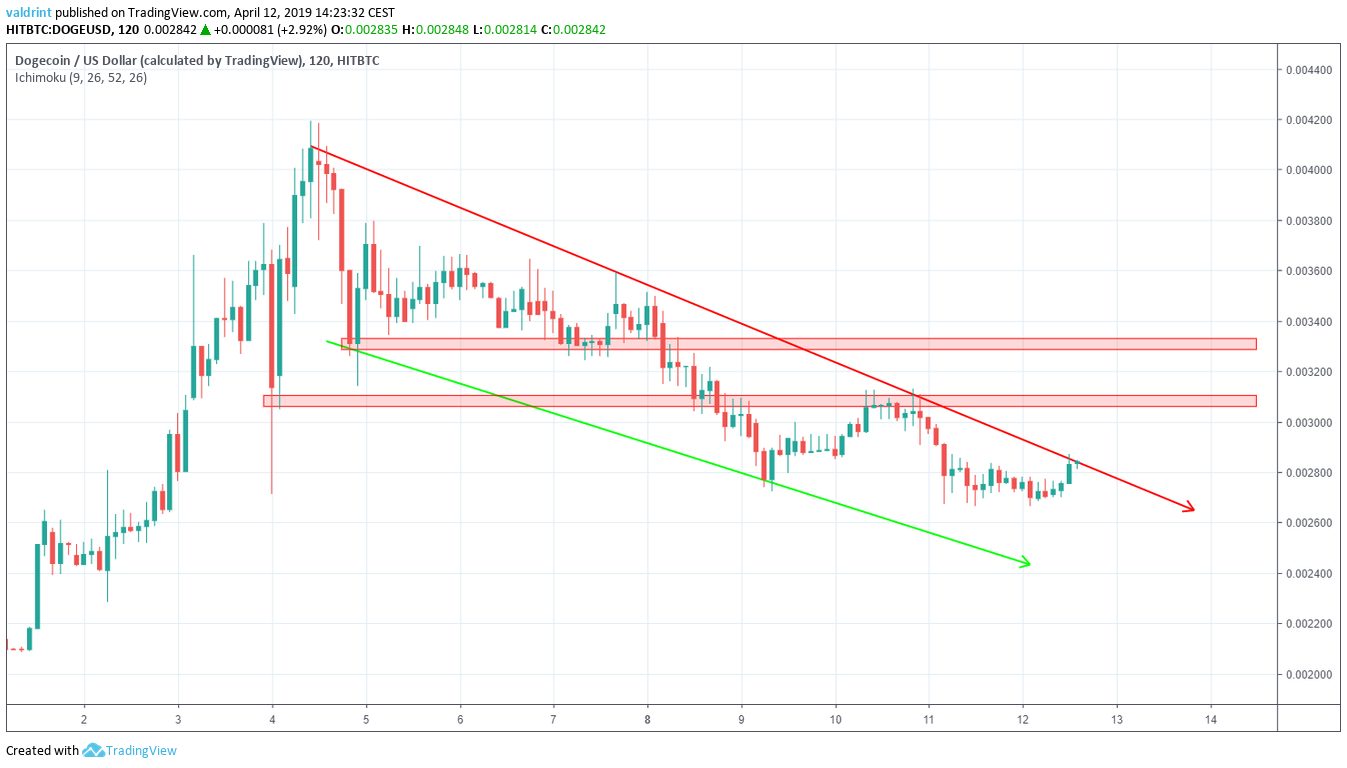 Based on our analysis, the price of DOGE is likely to increase towards the resistance areas outlined above.

Do you think Dogecoin will initiate an upward move? Let us know your thoughts in the comments below!

For long-term price predictions of DOGE/USD, click on the green button below: