The founder of Digibyte is still not happy with Poloniex’s decision to delist the cryptocurrency he built. Jared Tate lashed out today on Twitter against the exchange’s owners, including TRON founder Justin Sun.

Poloniex announced that it would be delisting Digibyte (DGB) and a handful of other digital assets in a December 2019 update. The other cryptocurrencies being removed from the exchange are Factom (FCT), MaidSafeCoin (MAID), Omni (OMNI), Primecoin (XPM), Vertcoin (VTC), and Viacoin (VIA).

Adding that there may be other factors behind a delisting, the post gives the following criteria for the removal of a digital currency: 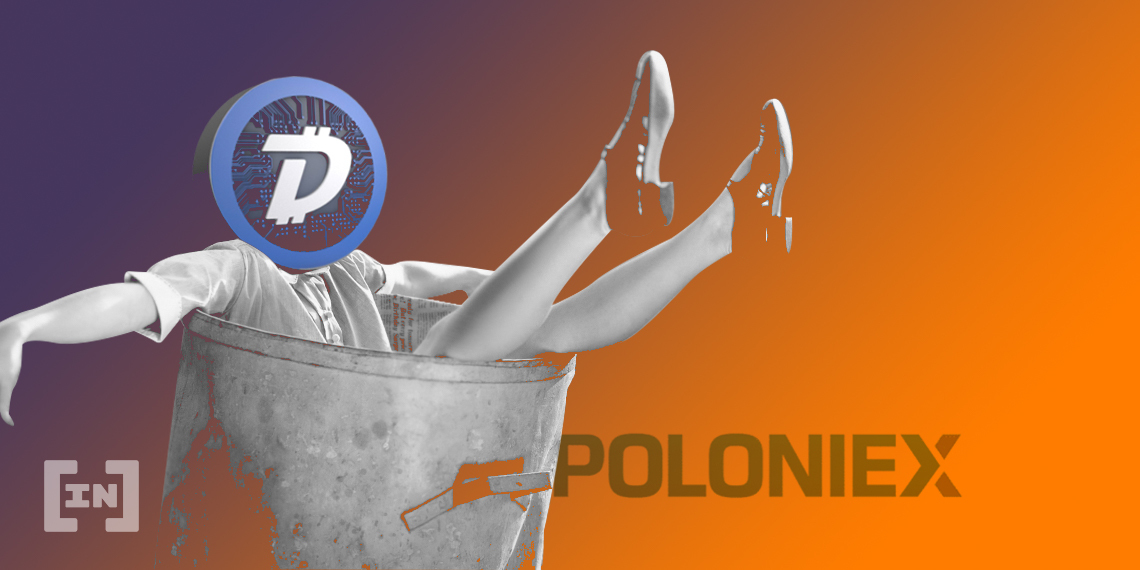 On Jan 25, Poloniex posted a reminder about withdrawals for the delisted digital currencies also going offline. The final day for Poloniex users to take Digibyte and the other aforementioned assets off the exchange is Jan 30.

As far as BeInCrypto is aware, Poloniex has given no indication, outside of the above criteria, that explains the reasoning for the removal of any of the projects. In the case of Digibyte, however, it seems likely that the answer is less related to market or tech concerns and is a lot more personal.

Jared Tate, the founder of the Digibyte network, called both Justin Sun of TRON and Changpeng Zhao of Binance ‘crooks’ in December 2019. As BeInCrypto reported at the time, Tate also accused TRON of being centralized and ‘the most blatant con job.’

The announcement of the delisting came swiftly after Tate spoke up about Zhao and Sun. The incident has only served to further outrage Tate.

In a tweet posted today, he describes the delisting as a declaration of war. Tate went on to call Justin Sun, the founder of the TRON blockchain network, a ‘sleazy premining conman,’ in regards to a recently formed partnership with Poloniex in which Sun himself became an investor in the exchange.

We are watching you @Poloniex. You openly declared war. Your sleazy premining con artist @Justinsuntron might have bribed and paid off the spineless @jerallaire but this is only the beginning.

Tate’s original criticisms of Sun, TRON, and Zhao come off the back of research for his forthcoming book, Blockchain 2035. During the course of writing, Tate spoke to TRON’s former CTO Lucien Chen. Chen reportedly confirmed his suspicions of centralization on the network.

It’s not clear exactly what Tate means when he says ‘this is only the beginning.’ BeInCrypto will continue to report on the forthcoming developments as more information comes out.