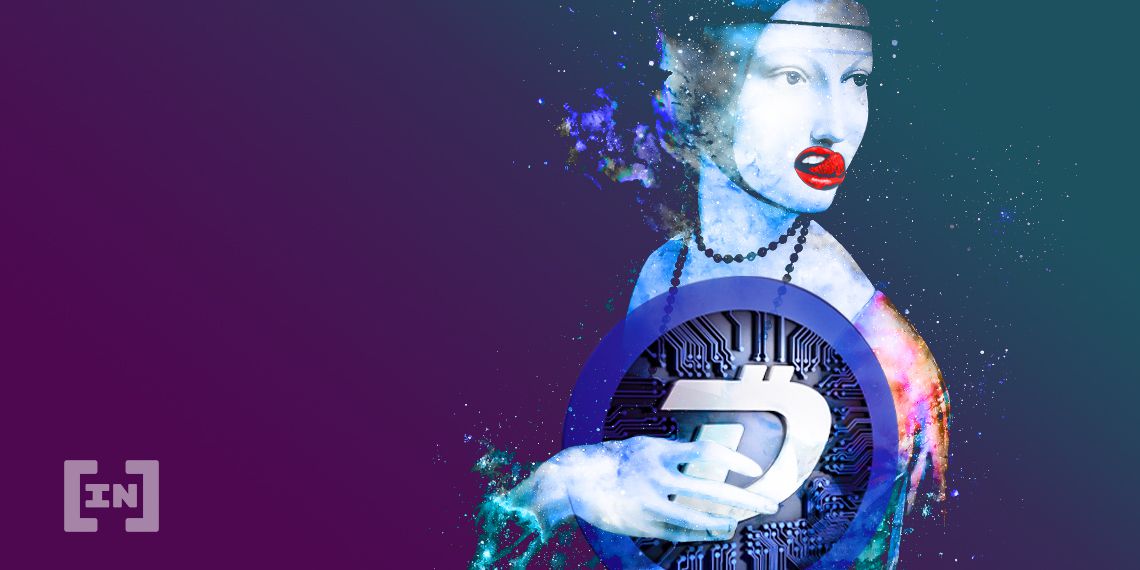 The DigiByte (DGB) price decreased significantly on Feb. 14, but managed to bounce back, validating the $0.05 support area in the process.

Technical indicators, the wave count, and the price action for DigiByte support the continuation of the upward move toward $0.084.

The weekly chart shows that DGB has been increasing rapidly since the beginning of February. At the time of press, it was trading at $0.069.

A closer look reveals that DGB has bounced at the $0.050 support area, which previously acted as resistance from April 2018. As long as DGB is trading above this level, it’s expected to continue increasing toward the next resistance area at $0.088. It could potentially move straight back up to the all-time high level at $0.14.

Technical indicators are also bullish, as evidenced by the bullish cross in the Stochastic oscillator and the RSI cross above 70.

The daily chart further supports the continuation of the upward movement.

Besides the massive bullish candlestick with a long lower wick, the RSI has also generated a hidden bullish divergence. This is commonly a strong sign of a trend reversal.

The wave count suggests that DGB is in an extended wave three (white) of a bullish impulse that began in March 2020. Wave three has extended and the sub-wave count is shown in orange.

The most likely target for the top of the upward move is found at $0.085. This target was found using a Fib projection of waves 1-3. This level also coincides with the long-term resistance area at $0.088.

Cryptocurrency trader @JohnathanKNT outlined a DGB chart, stating that the DGB/BTC looks ready to blow up.

The chart for DGB/BTC shows a bounce at the 113 satoshi area, which previously acted as a resistance. This confirms the level as support.

Furthermore, both the MACD and Stochastic oscillator are increasing. The RSI has even generated a hidden bullish divergence, similar to the DGB/USD pair.

Therefore, DGB/BTC is expected to increase toward the closest resistance areas of 168 and 192 satoshis.

As long as it DGB trading above the $0.050 support, it’s expected to continue increasing towards the next closest resistance area near $0.088.

DGB/BTC is expected to increase toward the 168 or 192 satoshi levels.