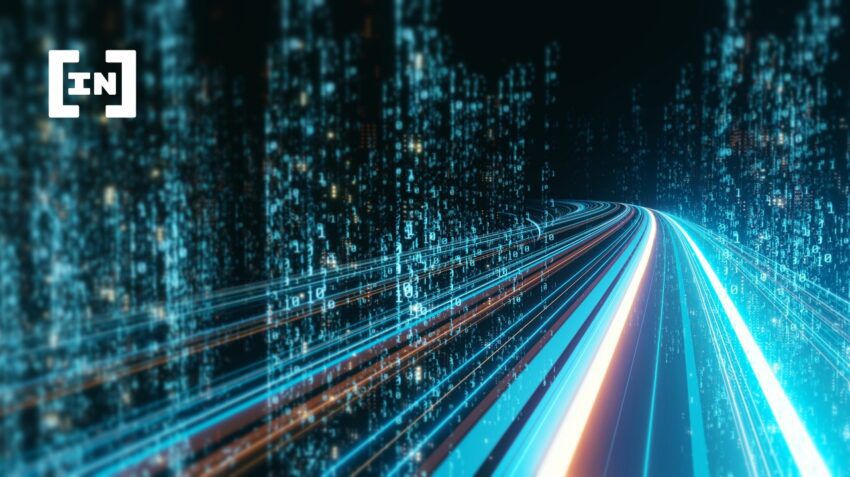 The digital world is constantly evolving, with new technologies and applications emerging every day. One of the most important trends is the rise of Web3 – a decentralized, peer-to-peer network that allows users to interact directly with each other without the need for intermediaries.

This shift away from centralized services has been driven by the increasing popularity of cryptocurrencies and blockchain technology. Cryptocurrencies are digital assets that use cryptography to secure their transactions and to control the creation of new units. Blockchain is a distributed database that allows for transparent and secure record-keeping.

Web3 projects are built on top of these technologies, enabling decentralized applications that can range from social networking and gaming platforms to marketplaces and financial services.

Currently, most Web3 projects are supported by centralized infrastructure providers such as Amazon Web Services (AWS) or Microsoft Azure, which goes against the decentralization ethos of Web3. Additionally, these providers are not well-suited for supporting Web3 applications due to their high costs, lack of efficiency, and lack of support for crypto-native developers and teams.

Web3 is needed to solve the problems that Web2 can’t solve: lack of trust, high costs, inefficient middlemen, and security breaches. In spite of these benefits, few people are using Web3 applications due to their complexity and the lack of development tooling.

To be successful, Web3 projects need access to solid infrastructure that is reliable, scalable, and cost-effective. In the Metaverse, for instance, a number of demanding functions must be carried out in order for things to run smoothly. These include rendering 3D graphics, streaming media, data reconciliation and synchronization, artificial intelligence (AI) and machine learning (ML), and more. Good compute infrastructure is critical for meeting these challenges.

Furthermore, it is important that this infrastructure is as decentralized as possible to avoid single points of failure. Traditional Web2 firms like Fortnite use centralized infrastructure provided by AWS. Similarly, Microsoft’s upcoming metaverse platform, Mesh, will also run on Azure. While these providers are able to offer the necessary compute power for these applications, they come with a number of drawbacks.

For one, the centralized cloud is becoming increasingly expensive. First, the major public cloud providers operate an oligopoly, which allows them to keep prices high. Second, the cost of infrastructure and labor is rising, as these providers expand their data centers and hire more staff. Finally, the public cloud is becoming more popular, which means that demand is outstripping supply, and prices are being driven up accordingly. Pandemic-driven work-from-home trends are only exacerbating this problem.

The centralized nature of the centralized cloud also makes it a prime target for censorship and surveillance. In some counties, for instance, the governments have tight control over what can be accessed on the internet, and it is increasingly using cloud services to monitor and track its citizens.

Moreover, latency issues related to the centralized cloud can be a major problem for Web3 applications. The further users are from the data center, the longer it takes for information to travel back and forth, which can lead to a sub-optimal user experience.

Finally, the centralized cloud is simply not as resilient as a decentralized infrastructure. If one node goes down, the entire system can be affected. This was painfully evident during AWS’s latest string of outages, which took down a large number of popular websites and services.

The Importance of Serverless Clouds

One of the biggest trends in the infrastructure space is the rise of serverless computing. Serverless computing is a cloud-based computing model that allows developers to write code without having to worry about provisioning or managing servers.

This trend is particularly important for Web3 applications, as it allows developers to focus on building their application rather than worry about the underlying infrastructure. Furthermore, serverless computing is often more cost-effective than traditional alternatives, as it only charges for the actual resources used rather than a fixed monthly fee.

Decentralized providers are naturally well-suited for offering serverless computing solutions, as they are already distributed and have no need for centralized servers. For example, Computecoin offers a serverless cloud platform that can be used to deploy and run Web3 applications.

Decentralized Compute: How it Works and Why It Matters

Decentralized compute networks are a new breed of computing infrastructure that has the potential to revolutionize the way we think about and use computing resources.

With decentralized compute, there is no need for a central authority to manage and allocate resources. Instead, resources are aggregated and optimized by the network itself, resulting in a more efficient and cost-effective use of resources.

Instead of a Web 3.0 application needing to build its own on-premise data center or use a public cloud provider like AWS, it can now access a vast pool of computing resources that are spread across the globe.

Decentralized compute also has the potential to improve application performance by reducing latency and increasing throughput. This is because decentralized compute networks can aggregate resources from around the world, providing a more geographically diverse infrastructure than traditional data centers. In addition, decentralized compute can help to reduce costs by taking advantage of unused or underutilized resources, such as idle computers or excess capacity.

Decentralized compute matters because it has the potential to democratize access to computing resources and enable a new class of applications that are not possible with traditional infrastructure. Consider Metaverse gaming platforms, which require low latency, high-performance compute, and high throughput in order to function properly. Decentralized compute can provide the necessary resources to power such applications, without the need for a central authority.

Dr. Max Li is the founder & CEO of Computecoin, co-founder of Nakamoto & Turing Labs (N&T Labs) and managing partner of a New York-based VC Aves Lair. He is also an adjunct professor at Columbia University (in the City of New York).

Got something to say about decentralized compute power or anything else? Write to us or join the discussion in our Telegram channel. You can also catch us on Tik Tok, Facebook, or Twitter.