CryptoBridge, a decentralized cryptocurrency exchange has announced today that it will be closing down. The exchange saw a volume of less than $75,000 in the last 24 hours and appears another victim of the extended crypto winter that has seen multiple cryptocurrency-related businesses shutting down.

CryptoBridge was attempting to build a gateway to decentralized cryptocurrency trading, but it seems it came up short. The exchange is shutting down and it has closed all of its social accounts. The shutdown was made public earlier today via an official statement on its website.

In its official announcement, CryptoBridge claims that it is unable to fund further development due to the market conditions and increasing regulations. All deposits will close tomorrow and withdrawals will be processed after Dec 15. However, the exchange mandates that a KYC process is required by the EU laws for them to process withdrawals. 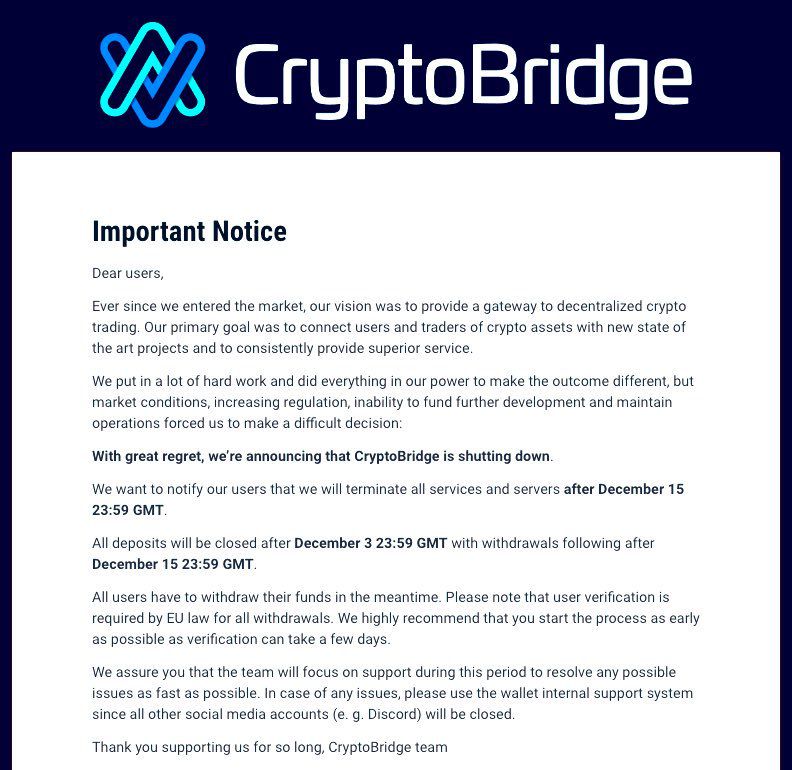 Two months ago, BeInCrypto reported about the KYC requirement that CryptoBridge forced on its users. The so-called decentralized exchange surprised its users with a strict know-your-customer process to complete withdrawals. Its customers were caught by surprise as the exchange had seemingly stolen their funds and forced a hostile KYC process.

CryptoBridge claims to have acted under the Fifth EU Anti-Money Laundering Directive. The exchange said it wanted to ensure that its users were not held responsible for any illegal intentions or money laundering activities.

While KYC checks are nothing new to the cryptocurrency industry, its users were frustrated with the decentralized exchange implementing these rules without any warning. They were forced to give up their identity to retrieve their funds while everyone was questioning if the exchange was decentralized at all considering it required KYC. 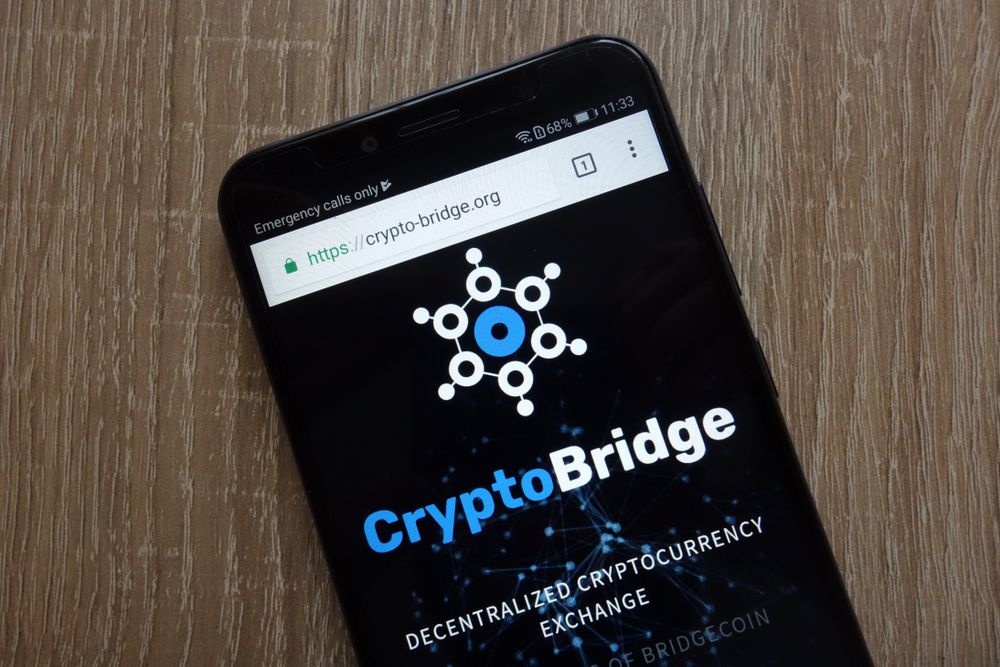 Another Victim of Crypto Winter

During the 2017 bull run, hundreds of exchanges popped up to cash in and become the next Binance. However, most of them did not make it, and it became increasingly difficult to run an exchange when trading volume plummeted.

Coinexchange.io, a cryptocurrency exchange that has been running since 2016 also recently shut down. In a similar fashion to CryptoBridge, it cited the lack of financial resources as a primary reason. While CryptoBridge has some unique trading pairs, it saw a volume of just $75,000 in the last 24 hours. Its KYC requirement was the last straw which forced more users to leave the exchange and further tank its volume.

Binance US Customer Ban Goes Into Effect Tomorrow — What Can We Expect?

Regulation News 1 year ago
No Result
View All Result