Almost 12.6 million BTC has not moved in more than 12 months. The statistic suggests a strong belief amongst investors that the Bitcoin

BUY NOW market has not finished growing just yet.

According to data taken from BitInfoCharts.com, there are now 12.58 million Bitcoin that have been left in dormant wallets for more than a year. With the total circulating supply of Bitcoin only designed to reach 21 million, well over half of all BTC there will ever be is stashed away for the long-term.

Cryptocurrency market analyst The Moon (@themooncarl) highlighted the number of committed Bitcoin holders via Twitter earlier Monday. Including themselves amongst those hoarding the digital asset, The Moon asked:

“Who are these CRAZY Bitcoin HOLDers?”

This is MIND-BLOWING given that these HODLers saw $BTC go from $3.5k to $13.8k and back down again, unshaken!

Who are these CRAZY #Bitcoin HODLers? Well, I'm one of them, are you? pic.twitter.com/YRG50LEZzQ

To those not yet sold on Bitcoin, the figure probably does seem crazy. After all, the total market price for all Bitcoin not moving for more than a year is more than $108 billion.

Those holding Bitcoin over the last twelve months have not had the easiest of rides. Their faith in their investment has remained strong despite the price moving from around $3,400 to more than $13,000 in the space of six months and slowly back down to around half that figure.

The six month period after the yearly high was characterized by a clear bearish trend. By December 17, the market reached a low point of around $6,600. The volatility

We can describe volatility as how much the value of an asset changes over a given time. A volatility index... More has not put off investors, however.

Commenting on the number of committed holders, one respondent to the above tweet points out that long-term investors with strong wills makes for a strong point of resistance in terms of price. The Moon agrees but highlights that it is tough to determine where exactly that price floor is. 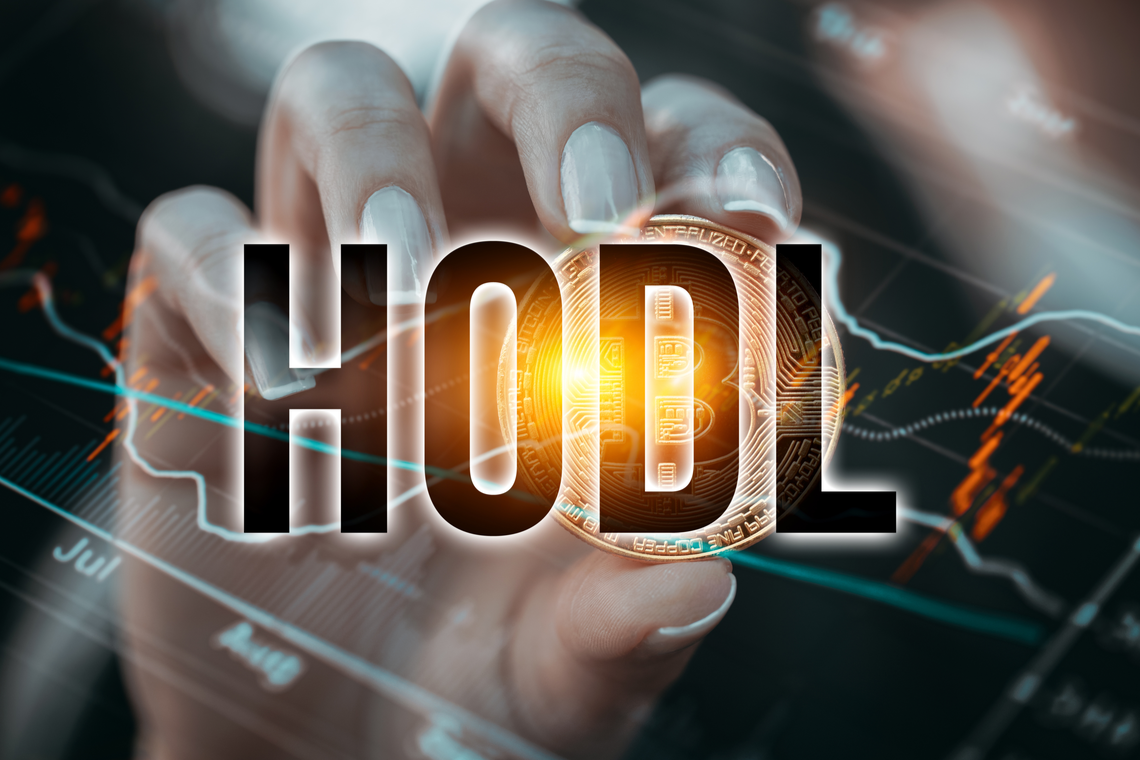 Although 2019 was another volatile one, the year did see a total return on investment of more than 90 percent. As BeInCrypto reported on previously, Bitcoin topped all other commodities in terms of gains over the last year. The next best performers were palladium with 57 percent, gasoline at 34 percent, and coffee at 30 percent.

Evidently, those choosing to hold the leading digital currency believe that last year’s price action was only a small taste of things to come. As widely reported, the best investment of the previous decade was Bitcoin by a comfortable margin. The Moon and the other 12.58 million long-term holders are adamant that another bull market capable of making BTC the biggest gainer of the 2020s is around the corner.

Gold Price Falls and Peter Schiff Blames ‘Clueless’ Investors
#Bitcoin News 2 weeks ago
Up Next
Ravencoin Has Reached Resistance, Will It Successfully Break Out?
Altcoin Analysis 2 months ago
Related News

Bitcoin News 12 hours ago
No Result
View All Result