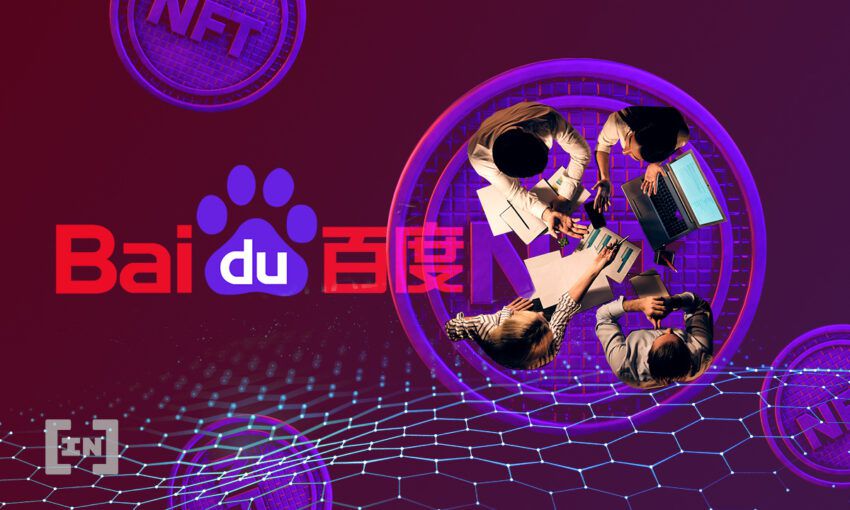 The latest tech giant to get deeper into the non-fungible token (NFT) scene is Chinese firm Baidu with a big airdrop planned.

Chinese multinational internet company Baidu will be airdropping 20,000 NFTs beginning on March 10. The tokens are of Chinese cartoon characters which recipients can use as avatars.

The “talking tom cat” series will comprise 8,888 unique NFTs that will be available to claim between March 10 and 12 according to local media.

The report (translation) added that well-known Fox cartoon character “Ali” celebrates his 16th birthday on March 16 and Baidu will release 3,160 limited avatars in celebration of the event.

Chinese airdrop hunters can search for the new collection on Baidu’s “Super Chain” or “Xuper Chain,” its own blockchain network. Connecting the Baidu app will enable users to receive them on the given date.

In its ongoing war on crypto, the Chinese government has warned against speculation on NFTs and aims to control their usage in the country. The constant clampdowns have done little to suppress the hype, however, as NFTs remain in demand among Chinese netizens and the regime has yet to ban them.

Baidu has previously distributed NFT collections with an Olympic-themed NFTs being airdropped in late February.

Baidu is not alone with its NFT ambitions as Chinese telecoms giant Tencent launched its own NFT marketplace last year. The platform promoted the launch in August by issuing 300 NFTs styled as vinyl records based on the popular Tencent-developed celebrity talk show “Shisanyao.”

In the same month, Alibaba launched the “Blockchain Digital Copyright and Asset Trade,” NFT marketplace on its auction platform.

In December, BeInCrypto reported that Chinese state media minted its own NFT collections for distribution. NFTs remain a gray area in the country and the regime appears to be tolerant of them for now. In November, Communist Party mouthpiece People’s Daily published a piece questioning NFTs calling the trend a “zero-sum game hyped by cryptocurrency investors and capital.”

Non-fungible token fever has yet to fade as crypto markets retreat. There has been a spike in daily sales recently according to market tracker Nonfungible which reports $93 million in daily NFT sales as of March 9. The number of daily sales has hit its highest level since early October at 77,185.

CryptoSlam is reporting that the most popular collection is currently CryptoBrokers with $7.3 million in secondary daily sales.