Garry Kasparov, famous for taking on technology in a straight one-for-one battle when he defeated Deep Blue in 1996, is no longer wanting us to fight technology. Instead, he wants us to embrace it.

Kasparov made headlines when he defeated IBM supercomputer Deep Blue, but he also changed the world’s sentiment towards technology when the computer beat him in 1997. Suddenly, humanity realized technology was far more powerful than we thought.

For Kasparov, things started to change in relation to how we view technology from that moment. At first, he saw the defeat as a curse. How, he sees it as a blessing because people are starting to be aware of what new technology — such as artificial intelligence and blockchain — can do for the advancement of humanity.

However, he is also well aware that humanity has lost its spirit of adventure and when a disruptive technology like Bitcoin

BUY NOW starts challenging the status quo, it is often met with suspicion and fear. Yet, there is nothing to fear with Bitcoin — predicted only on mathematics. We should instead be fearing governmental chaos.

Embracing the Power of Technology

Garry Kasparov, in an interview with BeInCrypto, explained how people’s relationship with technology has ebbed and flowed while discussing how, in 1969, with very primitive technology (relative to today), we looked to the moon.

Today, where the free chess app on your phone is more powerful than Deep Blue, “we are too incremental.” Fifty years later and instead of celebrating a new Apollo 11 — which inspired the world and a generation — we are, instead, celebrating the iPhone 11, which he says “inspires nothing.”

Kasparov is of the opinion that, when he lost to Deep Blue, it was the end of an era — but one that we should be embracing far more than we currently are:

The fact, back then, was that the machine could win one game against the sitting World Champion under what we call normal time controls, it was a clear demonstration that the rest would come soon… It was a very important step forward, a big milestone, and people recognized the power of computers. So, 22 years later, I no longer think about it as a curse; it is more like a blessing. I quickly realized that the era of human vs. machine would be over soon, and it would come down to human plus machine. 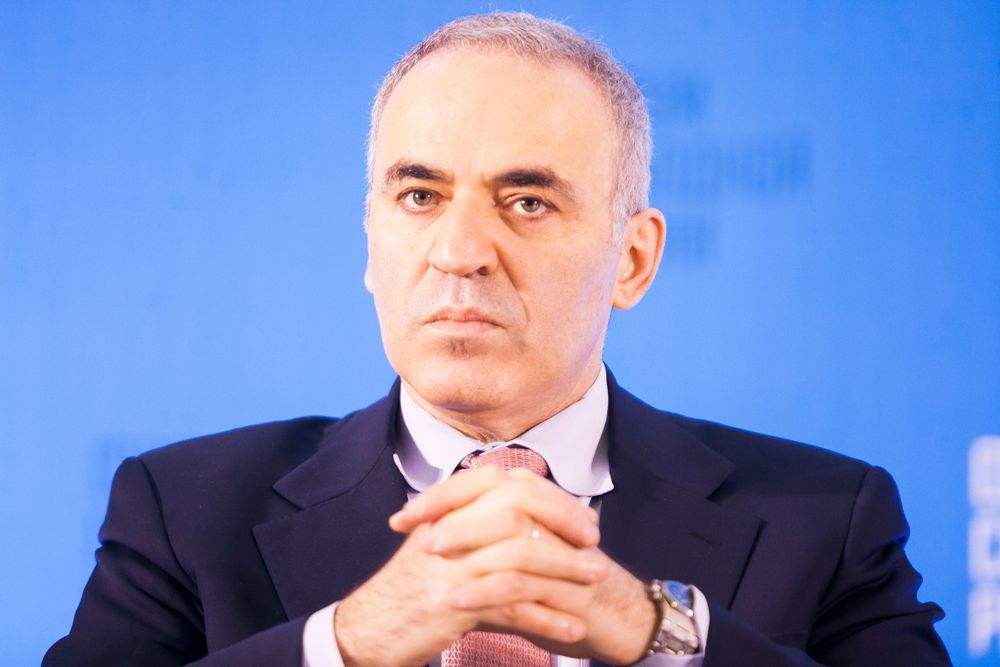 In Math We Trust

Unsurprising, Kasparov is quite active in the world of AI and deeply interested in how humans and machines interact. He is also a big believer in Bitcoin because he is a believer in math. The certainty of Bitcoin and its transparent nature in relation to governmental financial policies is what the former Chess Grandmaster feels we should embrace.

What made me attracted to Bitcoin is I know the magic number is 21 million, and I know that Math is protecting me … With government, they can print another trillion dollars, and that is the biggest challenge. I know we can lead to chaos if we deny government rights to control the financial side of things, but we are already sliding into chaos because the governments are irresponsible. They create all this money, and 85 percent of it ends up in the stock market, it does not find its way to the real economy, we are basically just propping up the stock market. It is another big bubble. With Bitcoin, you have an ordinary man or woman in the street having a knowledge of the process. 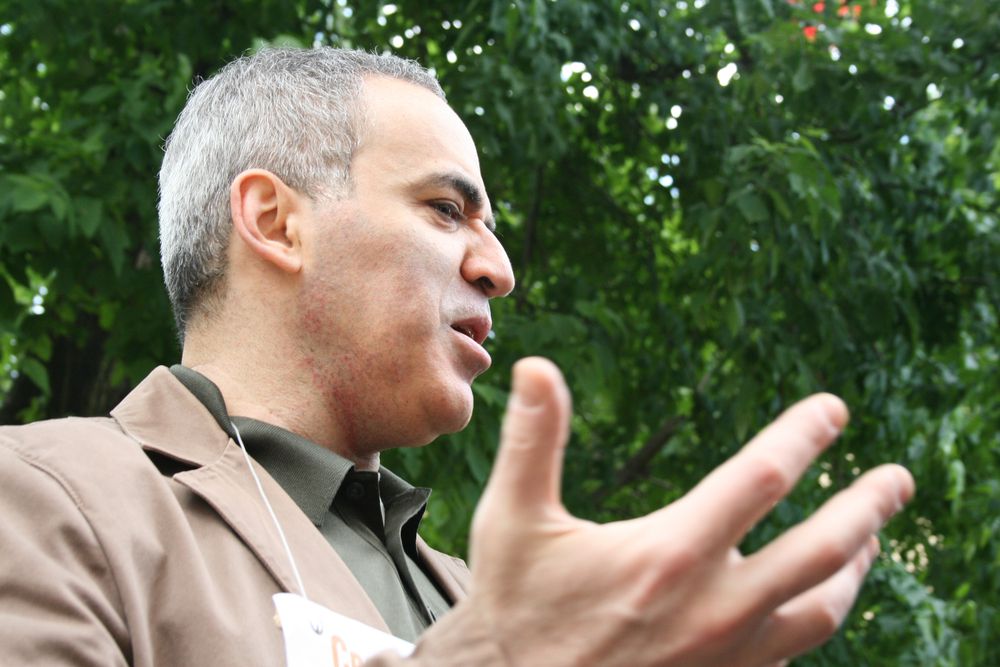 The dichotomy of today’s sentiment towards technology is brilliantly outlined by Kasparov when he makes his iPhone 11 and Apollo 11 comparison. We have untapped potential with the technology we see today, yet we are not adventurous enough to embrace it.

Today, anything new, anything that upsets the status quo, is treated with suspicion at best or fear at worst. I sense this at conferences

With so many blockchain themed conferences happening every year, it can be hard to keep up with all of them.... More I talk at — a combination of anxiousness and fear, sometimes curiosity, because people recognize we are gradually moving into a new era were human-machine collaboration will become a dominant factor and they don’t know how to handle it.

For the grandmaster, he would rather have us dreaming big — like the 50s and 60s — and embracing wild ideas that can be achieved with technology, rather than trying to quash and fight against the machines.

90 Percent of Cryptocurrency Firms May Be Bankrupt in Six Months: Swiss Blockchain Federation
#Companies News 1 month ago
Up Next
Bitcoin Could Benefit as Charles Schwab Looks to Buy TD Ameritrade
Bitcoin News 6 months ago
Related News

Altcoin Analysis 10 hours ago
No Result
View All Result