CEO of Beaxy Disappears As the Exchange Struggles to Remain Solvent

Ever since Beaxy’s launch in June of this year, it has struggled with persistent issues. From hacks to internal mismanagement, it now appears that the exchange is on its last legs with the CEO going dark.

BUY NOW/BTC trading pair. The hacker got away with about 43.6 BTC and 111,000 XRP. By all accounts, it seemed to be caused by incompetence and negligence — as the exchange failed to properly install the wallet

A crypto wallet is a device or app that stores digital assets. Unlike the physical wallet in your back pocket,... More as per Ripple’s own instructions. Beaxy was the only exchange affected by the exploit.

However, the controversy didn’t stop there. A week later, it started to become clear that the exploit likely left Beaxy insolvent. The attacker was able to make 35 withdrawals in total. As investigative crypto-journalist John Galt writes in his piece Beaxy — Incompetent. In Denial. Insolvent?, the exchange’s cold wallets have plummeted in their holdings since.

However, it seems that the plot is thickening now with rumors circulating regarding the CEO’s disappearance. If true, this may officially mark the end of this short-lived exchange.

In smaller chatrooms, rumors have been spreading of Beaxy CEO, Artak Hamazaspyan, disappearing. The CEO has not tweeted anything since Sept 14.

A masternode is a series of servers or validator that sustain a network. They are used to complete transactions that... More (@WhichMasternode) October 2, 2019

The story is still developing, but Hamazaspyan would be smart to rear his head and comment on his alleged disappearance. Given that Beaxy is in such serious peril, this has all the makings of yet another exchange shutting down due to insolvency. If true, we could see Beaxy close its doors in the not-so-distant future. 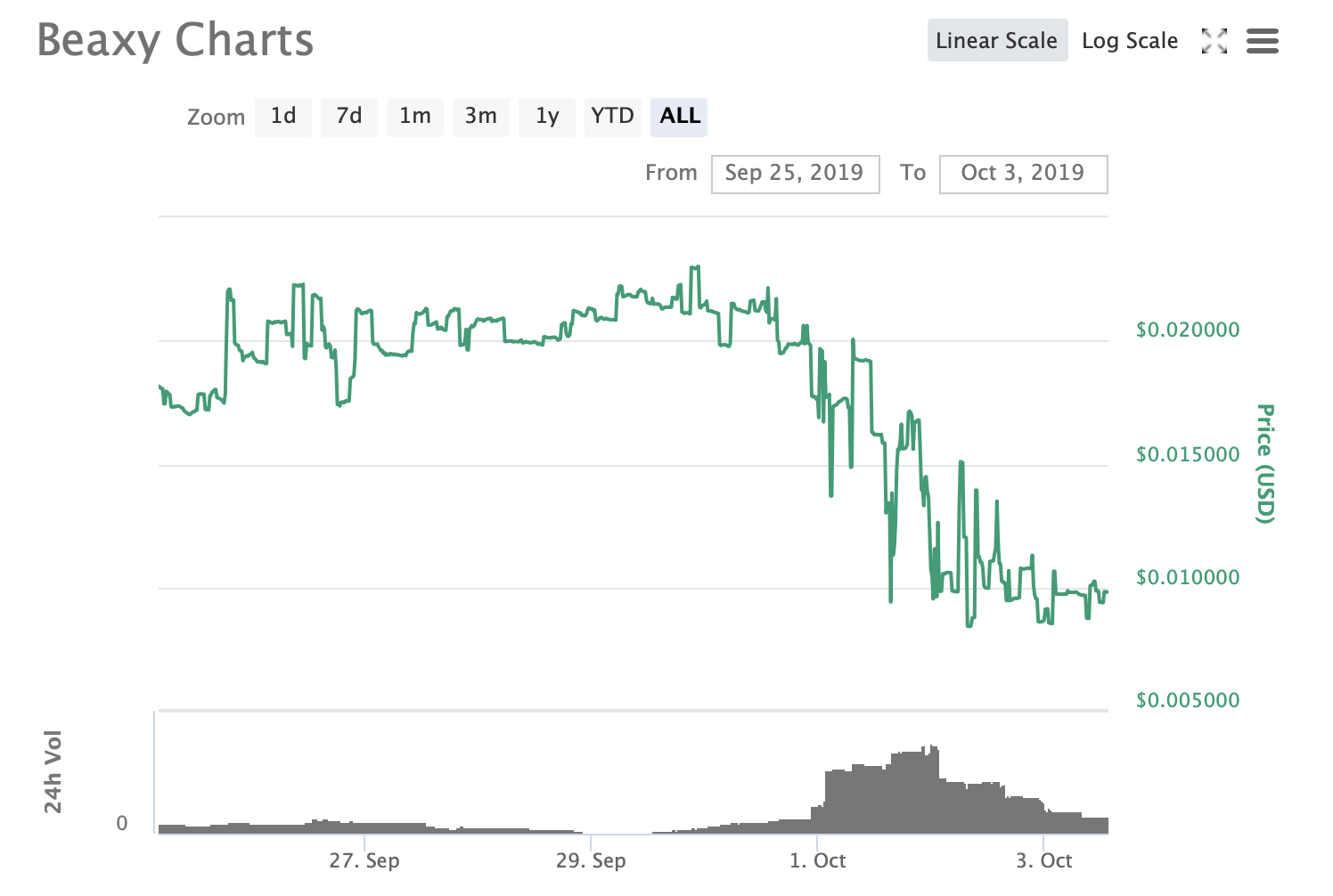 As Charles (@CharlesTheETH) writes on Twitter, he managed to turn $20k into $3k as a result of Beaxy. The tweet, intended as a joke, has no follow-up.

Beaxy made a name of itself on Crypto Twitter due to the exchange’s referral program which is still being shilled online but less frequently now due to the drama. Once seen as a possible competitor to Binance amid the U.S. ban, it seems that we can finally put that possibility to rest.

Do you agree that Beaxy is likely insolvent? What happened to its CEO? Let us know your thoughts or any updates on this story in the comments below.

[Update Oct. 3, 2019, 13:10 UTC: After this article was published, CEO Artak Hamazaspyan’s Twitter account replied to a random user to affirm that he is ‘here’ and he was gone due to a ‘family emergency.’ It is his first tweet since Sept 14th. The controversy over Beaxy is still withstanding, however.]

Companies News 8 months ago
No Result
View All Result