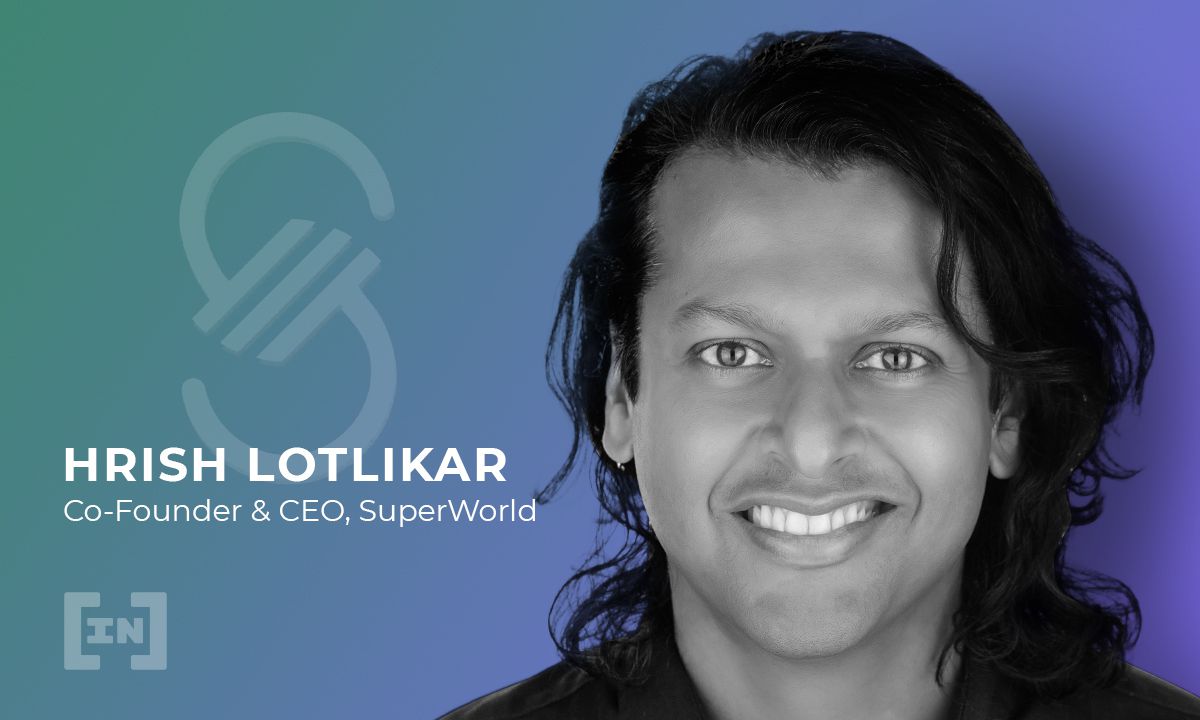 BeinCrypto spoke to Hrish Lotlikar, CEO and Co-Founder of SuperWorld. He discusses Superworld’s vision for the future and its work in the Caribbean.

Initially, SuperWorld began as a way to integrate Virtual and Augmented Reality into the property game. However, it has since expanded to include an NFT marketplace that aims to promote causes for good.

“About four and a half years ago, five years ago, Pokemon GO came out became this huge world sensation. A lot of people don’t know, but it was the fastest company in history to hit a billion dollars in revenue. Back then, we thought to ourselves, what if we can build the next Pokemon Go. What if we could build a world. What if we could build a place where the next 1,000 Pokemon Go’s gets built on top of it,” he explains.

“That was kind of the vision of SuperWorld. To empower anyone to build a virtual world that allows them to create, discover and monetize anything anywhere.”

As Lotlikar explains, these drops are in collaboration with projects that are giving back to communities most in need.

“We’re very interested in projects that help us in our mission. Our “why” at SuperWorld is how do we build a better world. How do we leverage technologies like augmented reality and virtual reality, blockchain, artificial intelligence. How do we bring all these technologies together to actually improve the world and enhance humanity.”

SuperWorld’s most recent drops work alongside the World Bank and the Caribbean Disaster Emergency Management Association to help raise funds and awareness for the islands.

“In this case, help to reduce the impact of hurricane season on the Caribbean. We came together with them to utilize NFTs virtual land over the Caribbean. To highlight the issues that these nations face as hurricane season gets worse every year, and the opportunity to allow us to bring in stakeholders like the World Bank and the CDMA, along with disaster fighters, along with our community. That’s really galvanized to bring art into this sphere of social impact and leverage these technologies to do that,” explains Lotlikar.

The drops have already proven successful, with a recent rally in support of Haiti garnering support from collectors.

“We’ve had many people in our community come on board and buy those NFTs. We’ve had ambassadors of these countries promoting those NFTs on their social media channels. We have had the assistance of the World Bank and the Caribbean Disaster Management Association, along with Disaster Fighters and the artists that are involved in creating all those NFTs,’ he explains.

“I think we’ve seen and been very encouraged by the feedback and the participation as well as the excitement around these preliminary projects.”

Lotlikar explains that the integration of these different elements speaks to the overall aims of SuperWorld.

“Digital information can be anything. Whether it’s a game like Pokemon Go, or being able to add NFTs to the Caribbean, or to be able to rebuild structures to show someone what a rebuilding of the city is going to look like, like we’re doing with the rebuilding of Beirut,” he explains.

“So the idea is, how can you utilize the technology of added augmented reality to real-world settings to make a very positive impact. To allow people to have very compelling visualizations. Whether they’re visual, auditory or haptic, augmented reality is any type of information that augments our real world. An interpretation of our surroundings and so there’s a lot of ways to augment the world.”

“These different use cases and continue to add more to the ways that we utilize augmented reality. I think we’re going to evolve, and in the ways that we think about games like Pokemon Go, so we started off with that example of Pokemon Go. Still, really the idea is that I think there are so many ways for anyone to be empowered with these technologies to augment their world around them and create positive change,” he says.

NFTs to the Amazon

Alongside work in the Caribbean and Beirut, SuperWorld is expanding its projects to include collaborations with indigenous groups from the Amazon in South America.

“I think that utilizing and leveraging technology can help everyone. Regardless of whether they are actually having the technology in their hands, or they’re affected in a positive way by that technology exisiting.”

For Lotilkar, SuperWorld is only just starting. There are already plans for even more projects in the vein of the Disaster Fighters NFTs and beyond.

“On the base layer of this, I mean the foundationally SuperWorld allows anyone to create, discover and monetize anything anywhere. So, if I can help you do that and you’re doing it to beautify the world through art or music or, educational content. I think that there’s lots of things that a lot of people are going to be doing around the world in very positive transformational ways. We try to highlight and involve ourselves in those. I would love to work with our team to create lots of user-generated positive activity around the world.”

The idea of user-generated activity builds in Lotlikar’s idea of his company as a movement rather than strictly an app or lines of code.

“SuperWorld isn’t just a platform. It is a movement. That movement is all about how can we come together to build a better world, improve the world,” he says.

“It’s only with the ideas and people who are building, creating and energising the community. Those that have the goals and the vision that we can do all of these things. So, again, I would highlight that we are a movement. We are bringing people together.”