Presidential candidate and billionaire Michael Bloomberg has been seeking Andrew Yang’s backing and is even floating the idea that the former candidate could be his vice president, according to a report in The Wall Street Journal.

Could Andrew Yang be Michael Bloomberg’s VP for the presidential ticket if he secures the nomination? Although it seems unlikely, the Bloomberg camp is apparently taking the idea seriously.

Bitcoin-Backing Yang and Bloomberg on the Same Ticket?

Andrew Yang is arguably the only candidate who outright appealed to the cryptocurrency sector. Meeting with the likes of Charlie Lee and even securing the endorsement of Elon Musk, he was known as the only candidate to have policies relating to cryptocurrencies. However, his political aspirations fell short and were stopped by the political realities of the Democratic party—he had no choice but to drop out earlier this month. 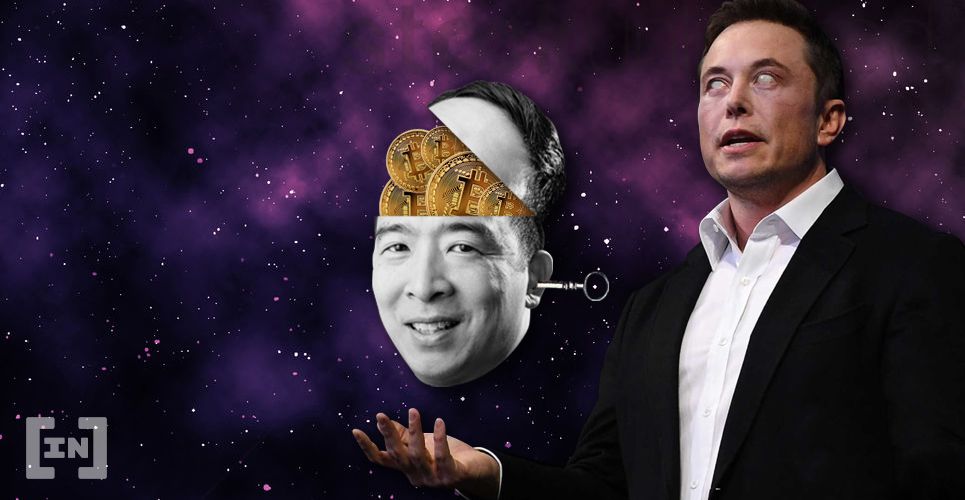 Still, it seems that Yang’s support has caught the interest of Bloomberg’s campaign. They believe Bloomberg would benefit from a Yang endorsement and are even considering him for the VP position.

According to an exclusive report by the Journal, two people have confirmed that the possibility is being explored. The two candidates were seen to complement each other as running mates: both “entrepreneurs-turned-politicians.”

As of now, a Bloomberg-Yang ticket seems unlikely. The majority of Yang supporters are voting

Can blockchain be used for Voting? Across the globe, decisions made about many of societies issues are decided upon by... More for Bernie Sanders and many would be confused at the thought of Yang endorsing a billionaire who bought his way into the political process. The optics of Yang supporting Bloomberg would arguably only hurt him.

The outcome of this upcoming election will likely have deep consequences for the blockchain industry. There are currently so few people to argue on behalf of the blockchain sector in the halls of Congress. One notable exception is Kelly Loeffler, who is the former CEO of the Bitcoin exchange Bakkt who recently became a U.S. Senator. The surprising developments mean there is at least one knowledgeable individual on Bitcoin within Congress, but her influence alone seemingly remains marginal.

The upcoming election will, therefore, impact the state of the cryptocurrency sector for years to come—and may even determine whether or not the U.S. takes a leading role with this emerging technology in the future. If the Yang-Bloomberg ticket ends up being realized, then that would be a boon to the blockchain industry. Yet, the reservations about having a ‘Trump lite’ like Bloomberg in the White House might leave us holding our breath with low expectations.

90 Percent of Cryptocurrency Firms May Be Bankrupt in Six Months: Swiss Blockchain Federation
#Companies News 4 weeks ago
Up Next
Safe-Haven Assets Could Present a Major Short-Term Risk
Bitcoin News 3 months ago
Related News