Bitcoin’s Death Cross Fears Are Overblown, According to Analyst

The recent Bitcoin surge that caused the price to increase by roughly 40 percent in 16 hours has left investors and traders searching for answers as to why this happened. While there might not be a clear answer, possible options include the recent wave of positive news from China, the CME gap, and the performance of the S&P 500.

Technical analysts are similarly confused as to why this happened. Many have turned bearish due to numerous bearish cross, while others were bullish because of the bullish divergence in the RSI.

One event which has garnered considerable significance has been the death cross; a bearish cross between the 50- and 200-day moving averages (MA).

Cryptocurrency trader @filbfilb suggested that the bearish sentiment of the 50/200 daily moving averages (MA) is overblown and that traders have been focusing on the wrong cross.

Sure the 50/200 DMA $btc death cross is getting everyone super bearish but End of Nov/ Start of Dec the 50/100 WMA is due to cross which is far more significant. pic.twitter.com/ifGWguAtd5

Instead, they should be focusing on the 50/100 week MA cross, which holds far more significance in determining the direction of the next move.

Let’s analyze both and see which one is actually more significant.

The last time a death cross occurred was in April 2018.

It initiated a downtrend that lasted until December of the same year — in which the price decreased by roughly 68 percent. 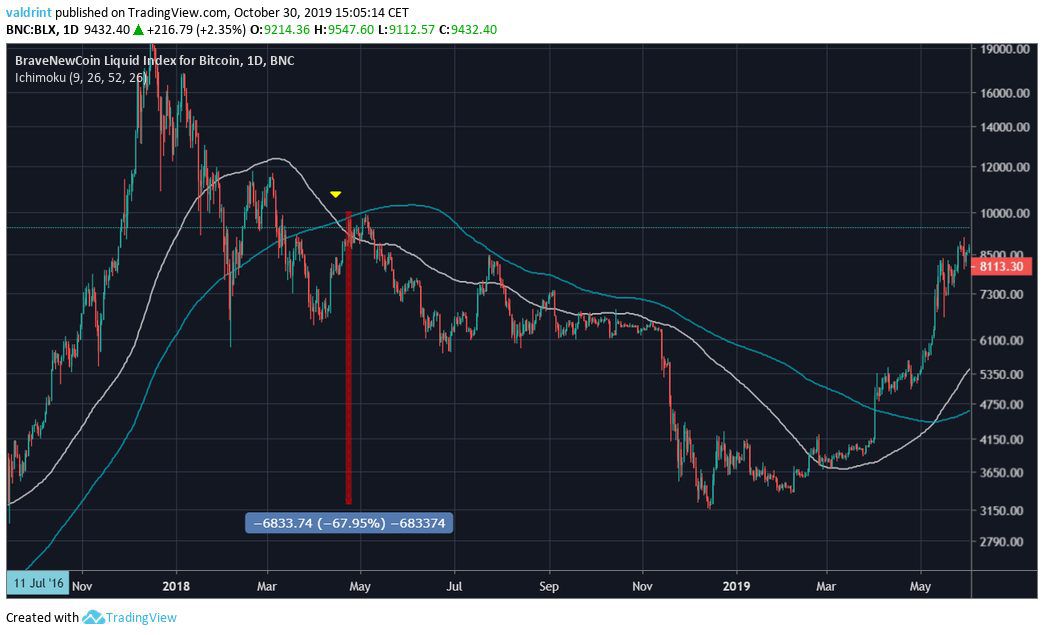 However, things were not so straightforward in 2014. A death cross occurred in April 2014, only to be invalidated in June. Afterward, another death occurred in September 2014. This lead to a similar 69 percent decrease in price.

Finally, another fake death cross occurred in September 2015, after which the price initiated a two-year upward trend — culminating with the near $20,000 high in December 2017. 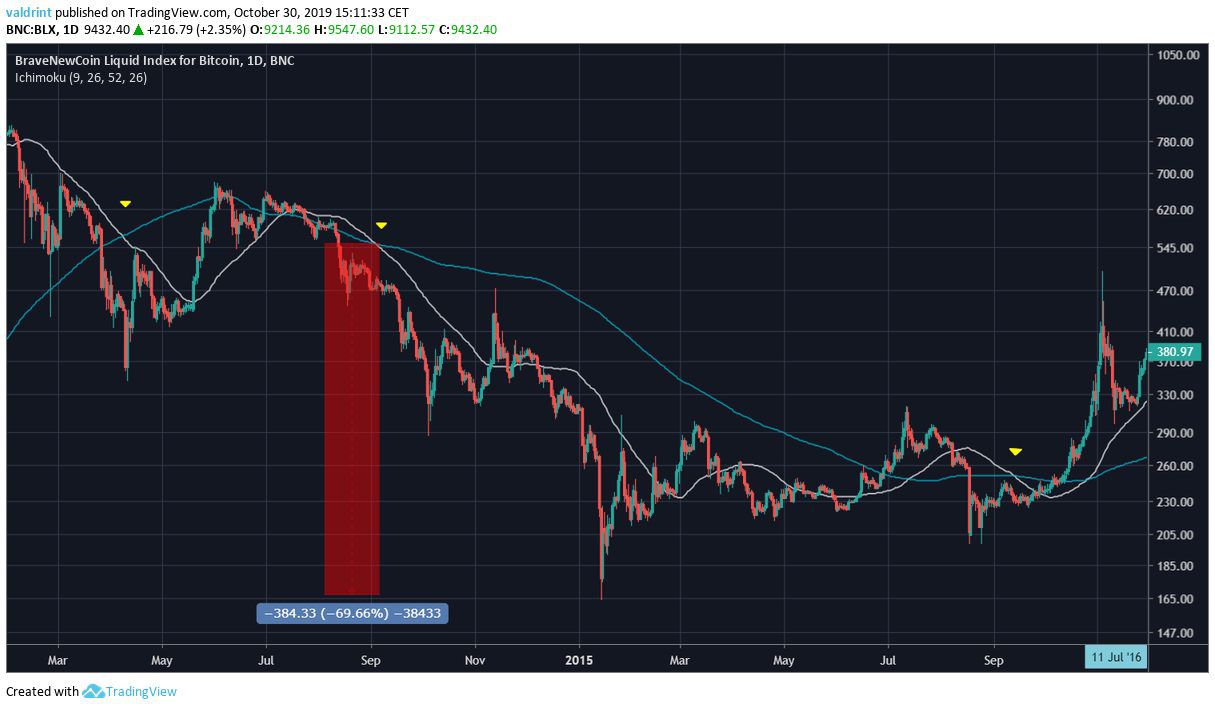 Therefore, excluding the current cross, we have had four bearish crosses until now — and only two have been successful in predicting a downtrend.

A bullish cross between the 50- and 100-week MAs has only occurred once before, in May 2016. This initiated an 18-month uptrend in which the price increased by 4200 percent. This occurred roughly seven months after the final fake death cross discussed in the previous section. 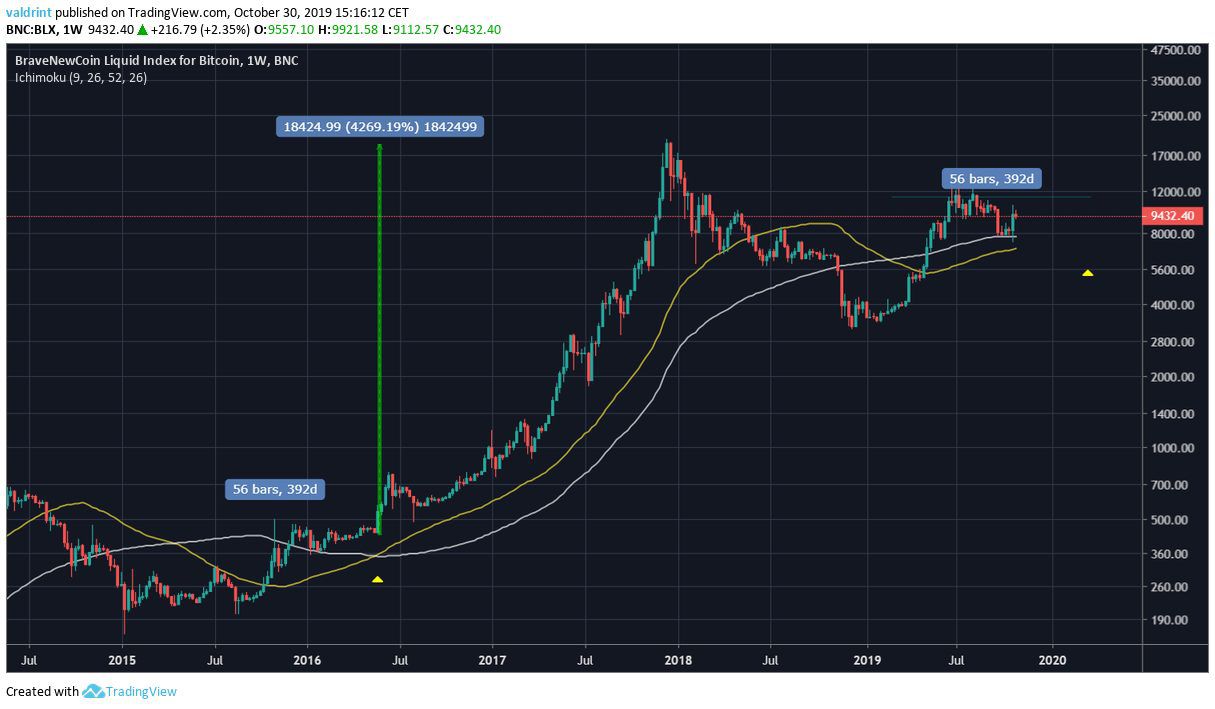 Therefore, while there has only been one 50-/100-week MA bullish cross, it preceded one of the biggest upward trends to date.

If another was to occur, it is possible that the Bitcoin price would begin a similar rally.