Bitcoin Worth Nearly $10B Moved in Only 15 Minutes

One Twitter account has been picking up a bewildering number of Bitcoin transfers of $410M cycled through many wallets. The reason still remains a mystery.

Large transfers of Bitcoin are expected, but recent on-chain movements have been raising eyebrows. One large market player has been moving $410M between addresses, incessantly. In total, nearly $10B in BTC has been moved back-and-forth in just 15 minutes.

The strange occurrence has caused the Twitter account for Whale Alert (@whale_alert) to be flooded with updates. In total, 22 transactions were recorded in just 15 minutes, each moving over $400M worth of Bitcoin.

The person (or entity) owning these Bitcoin holdings has been cycling roughly the same BTC amount through many different addresses. Most of these addresses are new and the BTC is held in them for less than a minute before being transferred again. The holdings originated from a Bittrex deposit which was then withdrawn before it started cycling through wallets, as BeInCrypto reported recently.

uh wow, add it all up via @whale_alert and nearly $10 billion in BTC has moved around in the last 15 minutes https://t.co/5NrX3Cj5bR

Any clear explanation has escaped the cryptocurrency community and there is widespread confusion over who could be responsible. Some have been speculating that it’s a tell-tale sign that the market is about the experience a downtrend. At the very best, a whale is playing games merely to clog up Whale Alert.

Some have joked it may be Craig Wright getting ready to satisfy his court order. Earlier this year, Craig Wright suffered a defeat in the courts which demanded he forfeits 50 percent of his BTC holdings, as BeInCrypto reported in late August.

Despite the strange transfers, Bitcoin remains relatively stable. The leading cryptocurrency is currently trading at around $7,400 and is down only -0.68 percent on the daily. Thus far, the market has responded to the whale activity with a shrug — although concerns are quickly coming to a head. 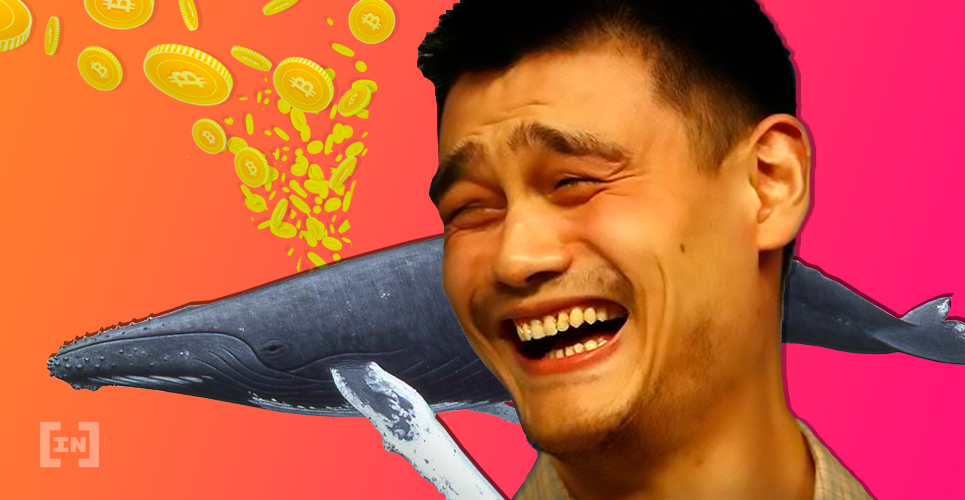 There is a possibility that this ends up being all a big nothing — however, the sheer amount of BTC being moved so carelessly demands further explanation.