Bitcoin Will Trade in a Range Throughout October, Claims Cryptocurrency Trader

Range trading occurs when the price of an asset consistently trades inside the confines of a high and low price. The highs and lows act as resistance and support, respectively. The most common pattern that gets created whenever the price trades in a range is the horizontal channel.

For the price to move outside of this trading range, momentum building is required.

When the price of an asset moves above the resistance of the range, a breakout occurs. A breakdown occurs when the opposite happens.

Usually, the strength of the breakout/breakdown is positively correlated with the amount of time the price has traded inside a range.

We can describe volatility as how much the value of an asset changes over a given time. A volatility index... More until the end of the month, before eventually breaking upwards towards $10,000 and above.

That was the final push.

Continue the ranging for now. pic.twitter.com/vc4wNl5PY0

The trader has outlined a descending wedge and several resistance and support areas.

In his projection of future price movement, he is assuming that we will trade inside this descending wedge for the rest of the month before breaking out in November.

We also agree with the hypothesis that BTC is trading inside a wedge, as BeInCrypto has discussed here.

The Bitcoin price has been trading inside this descending wedge for nearly 108 days.

As we stated earlier, a breakout/breakdown after trading inside a range for such a long period is very formidable in the majority of the cases. 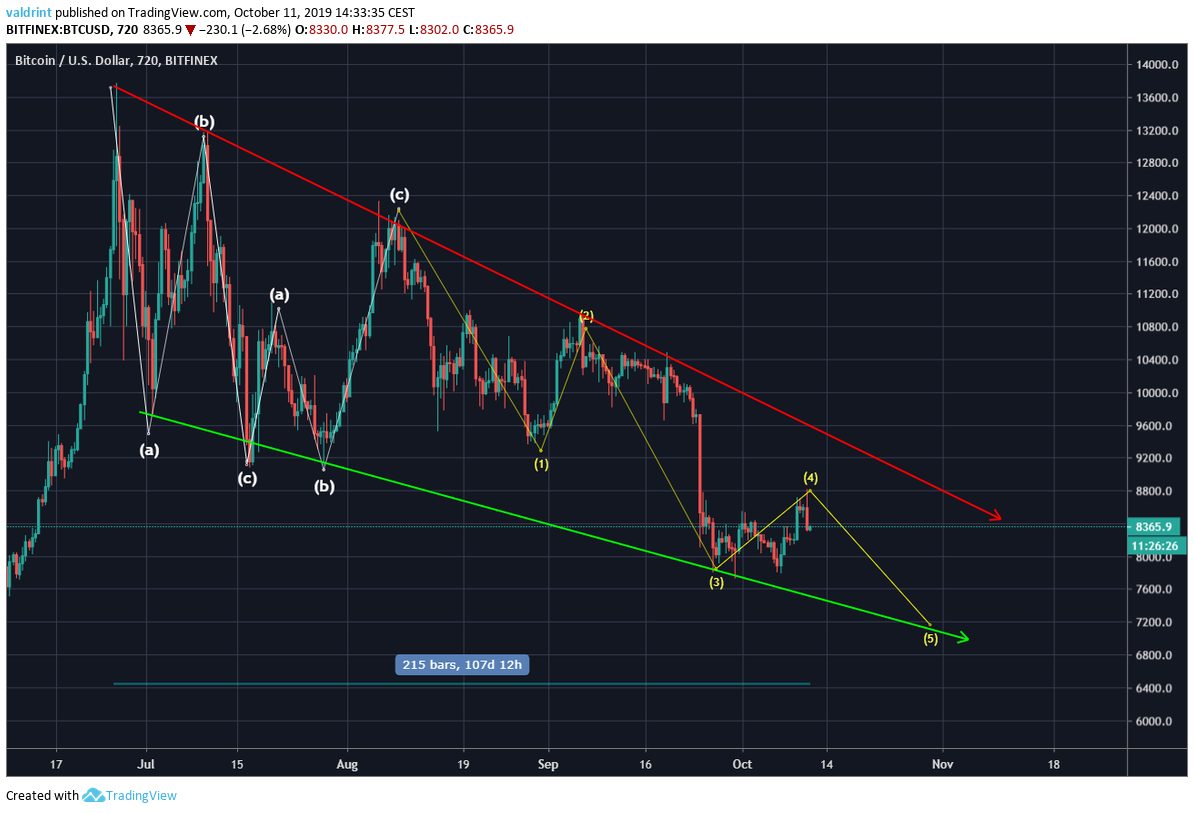 One interesting thing we want to point out is the current wave count. We believe that the price will break out from the wedge after finishing a 3-3-5 correction.

Until now, we have had finished the 3-3 portion of the correction, which is outlined in the image above by the two white A-B-C lines.

Therefore, there lies our only difference with the prediction by @cryptomitchNL.

We believe that BTC will make a slightly lower low around $7000 before breaking out.

There are two reasons why we choose $7000 as the likely end of the fifth wave: 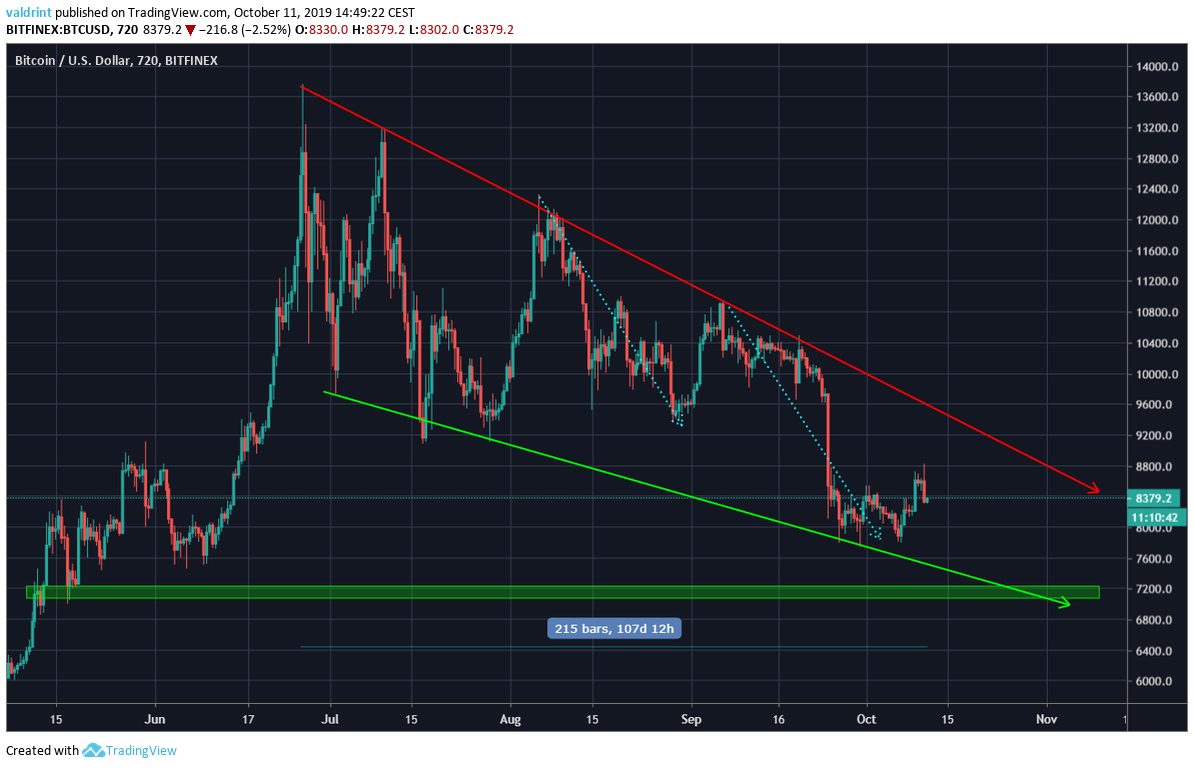 The second one if the fact that wave three has been smaller than wave one.

The dashed blue line is the length of wave one projected onto wave three. As we can see, wave one is slightly longer.

Elliot wave theory dictates that wave three cannot be the shortest one out of waves 1-3-5.

Therefore, this makes it mandatory that we have a short wave 5, which should end around $7000.

Do you think BTC will eventually break out from the wedge? Do you think it has reached its low, or will it decrease to $7000? Drop your thoughts in the comments below.