On October 6, 2019, Bitcoin SV passed Bitcoin on the number of daily transactions on its network. This was a much-needed piece of positive news, considering that, since the hard fork from Bitcoin Cash (BCH) in November 2018, BSV has decreased massively in price and has mostly been associated with the negative coverage towards Craig Wright.

While it remains to be seen whether this increase will continue, the hope is that, as more developers continue to build on BSV, new applications will continue increasing the number of transactions.

Jimmy Nguyen, a prominent Bitcoin SV supporter, posted a picture stating that he made an interesting announcement regarding Bitcoin SV.

However, the BSV account has been largely silent and devoid of any important announcements. While we still do not know what the announcement will be, it could be exciting plans ahead for the cryptocurrency. Until they are made public, let’s take a look at the technical outlook for BSV.

The BSV price reached the significant support area of $80 at the end of September. This area acted as resistance before the price broke out in May and reached the eventual $240 high.

Currently, it has reached the minor resistance area at $115. Throughout this move, the volume has been weak — somewhat reducing the significance of the move.

During the consolidation period at $80, the RSI developed a very strong bullish divergence — which preceded the current upward move.

What is more interesting is that the MACD has moved into positive territory — which has not occurred since May, during the upward movement which led to $240. 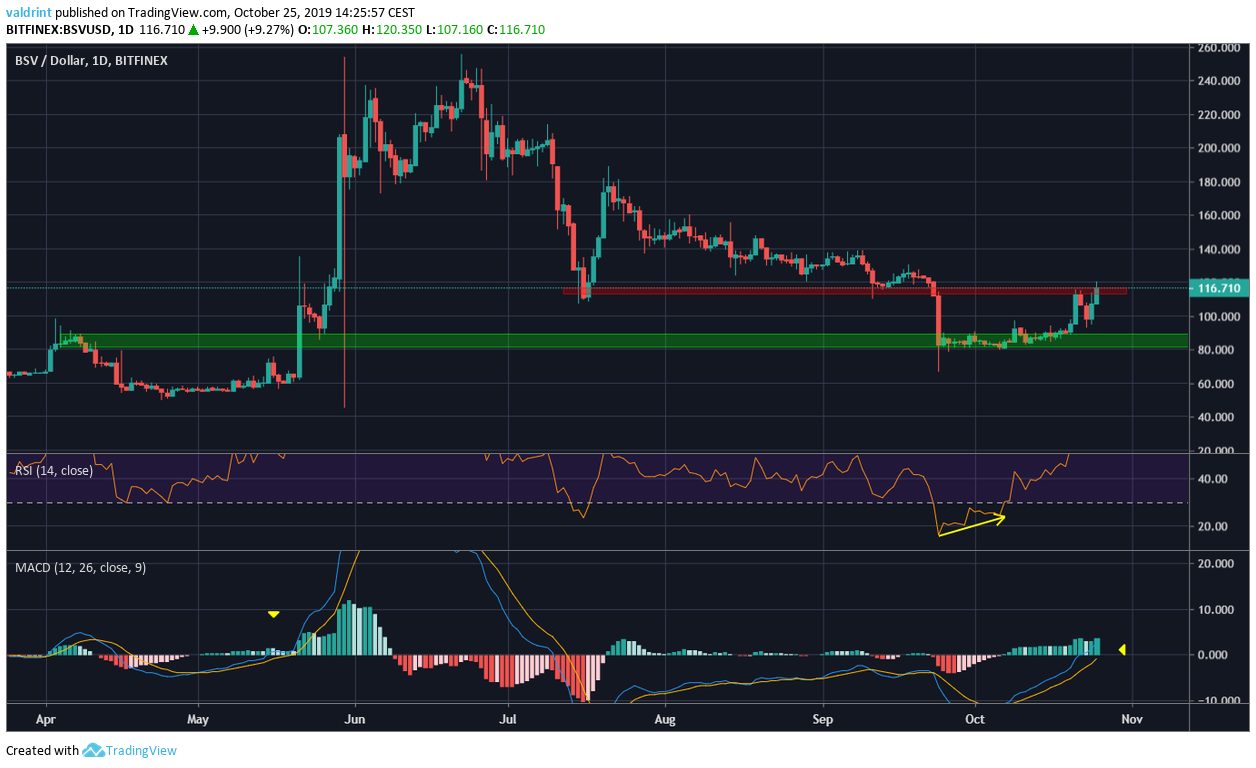 However, the short-term movement is characterized by bearish divergence — making a short-term breakout above this minor resistance area unlikely.

Rather, a brief decrease followed by the continuation of the current upward trend seems like the most probable move.