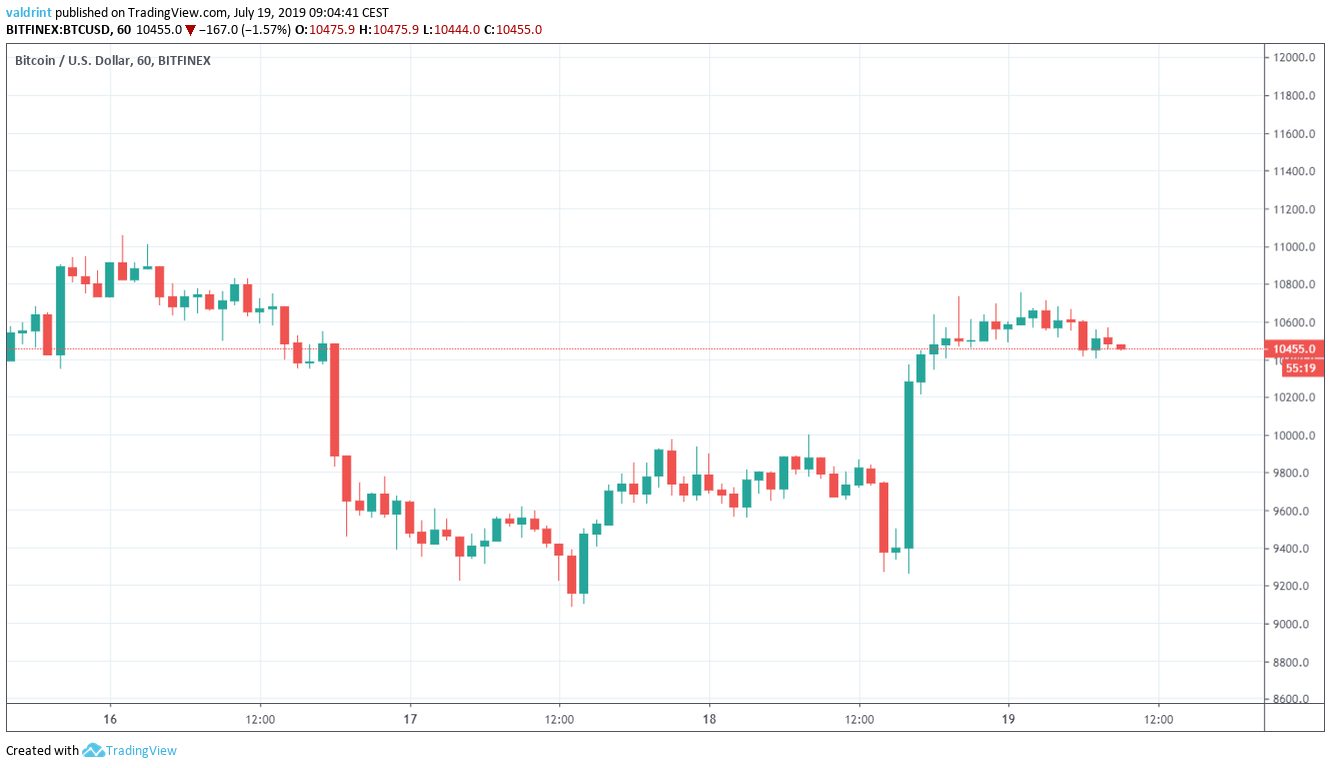 Is this move the beginning of an uptrend, or is it just a response to previous decreases? Keep reading below in order to find out.

Since reaching a high of $11,900 on July 13, the Bitcoin price has been decreasing — trading inside the descending channel outlined below: 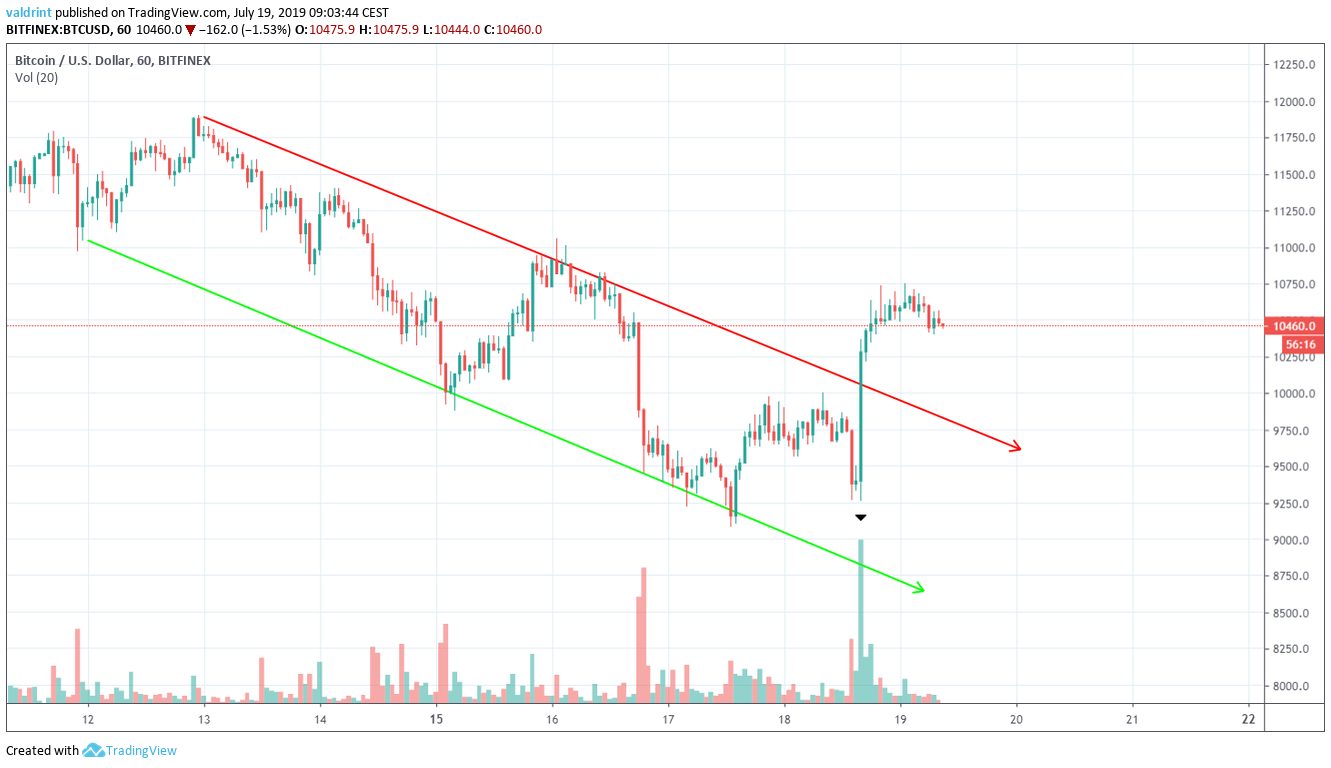 On July 18, the price broke out from this channel.

The breakout transpired with massive volume, greatly increasing its significance.

Let’s take a look at a different time-frame to see if this move has any long-term implications.

A look at daily candlesticks suggests that we do not yet have a confirmed upward move. 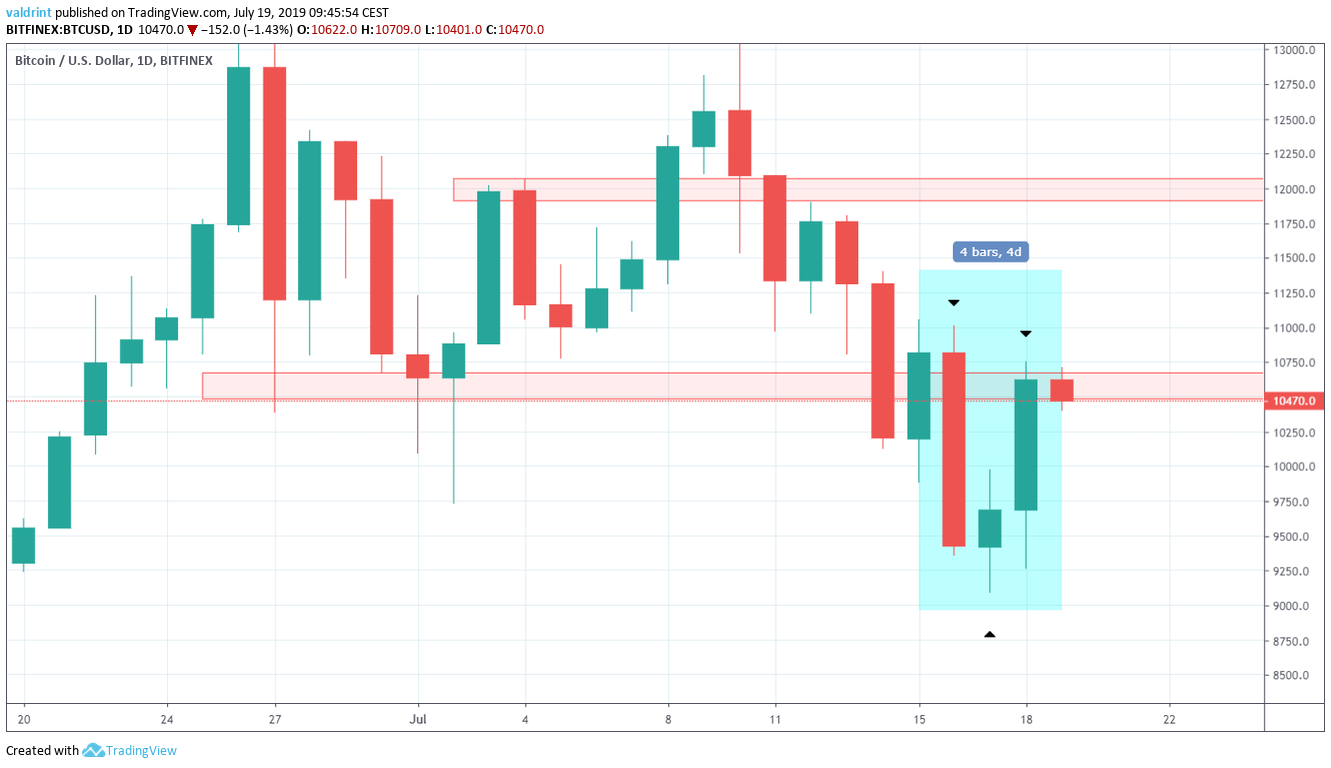 First, the highlighted portion of price movement above looks like a reversal pattern.

However, yesterday’s daily candle is still covered within the body of the previous bearish candle.

Furthermore, it looks as if this is just a retest of the previous support area from which we broke down on July 14.

A price close above $11,000 would invalidate this idea and will likely take us to the next resistance area near $12,000.

A look at the 10- and 20-day moving averages (MA) refutes the possibility of further increases: 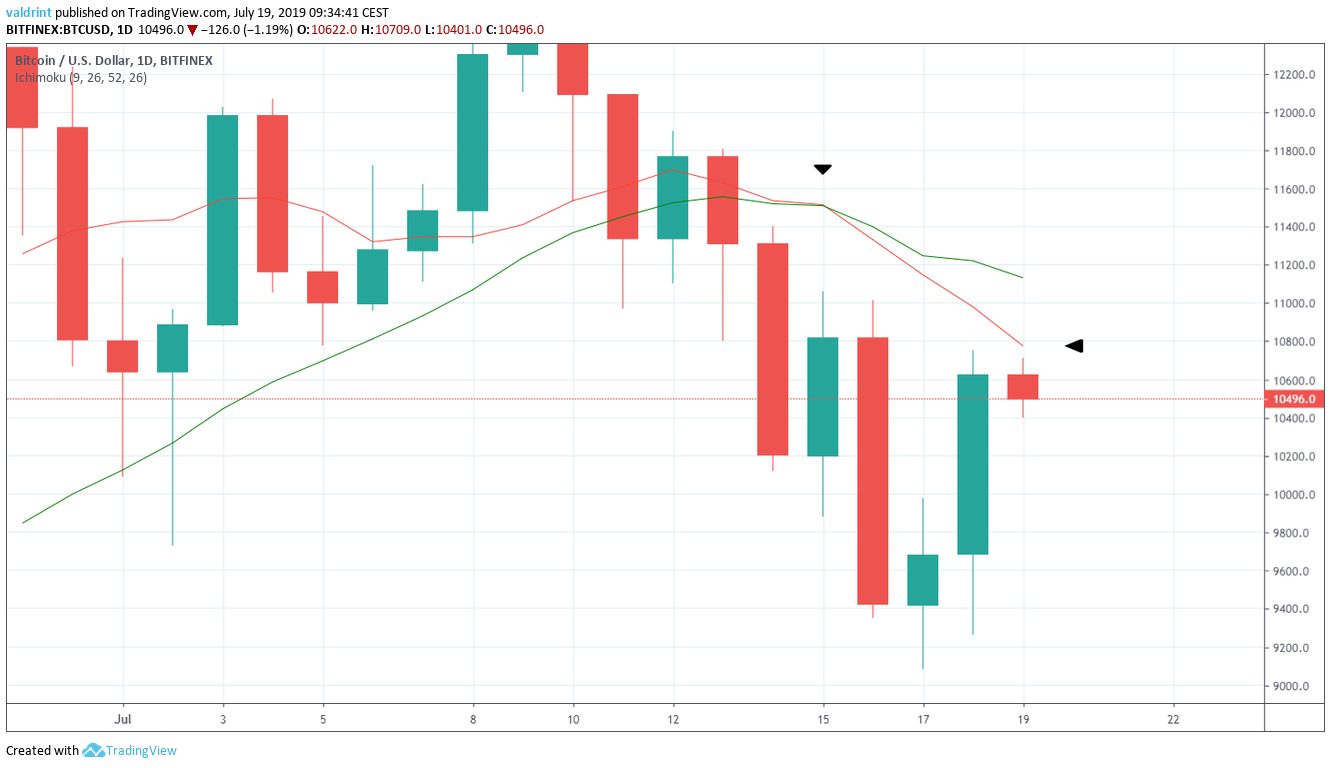 A bearish cross transpired on July 13.

Since then, the Bitcoin price has been trading below both MAs.

Also, yesterday’s move was stopped once it reached the 10-day MA.

At the current time, it looks as if it might initiate a downward move.

To conclude, a look at a longer-term time-frame combined with moving averages suggests that this is just a response to previous price decreases.

There is an interesting similarity between the price movement after the all-time high was reached in December 2017 and the current move. 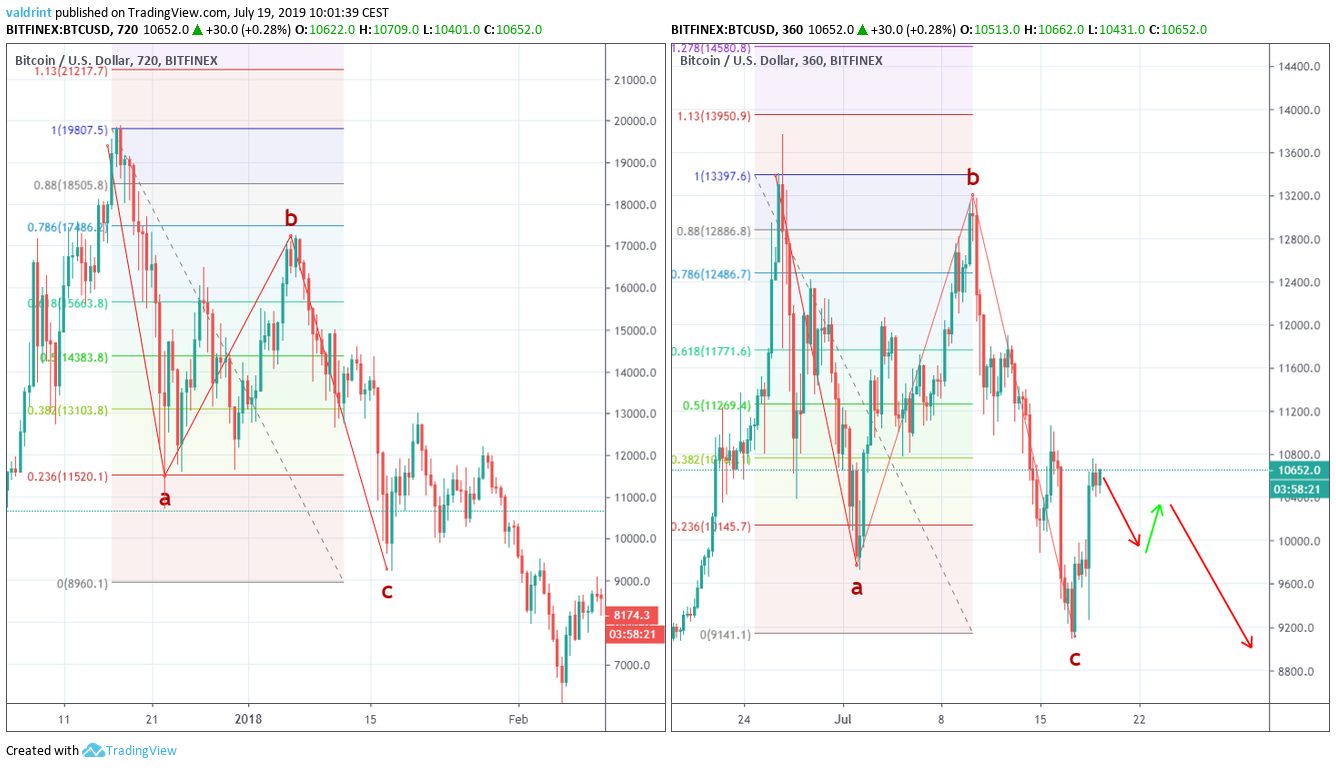 During both moves, the price :

If the price movement is identical, the BTC price should make a lower high soon before resuming its downward movement.

The Bitcoin price recently broke out from a descending channel.

Even though the breakout transpired with massive volume, we believe that the price will soon continue its downward movement, after possibly making a lower high.

Do you think the BTC price will continue to increase, or are further decreases in store? Let us know in the comments below.

BitMEX Being Investigated by US Regulators Over Trading Practices