Some rather awkward footage of a recent Bitcoin

BUY NOW conference has surfaced. The clip shows a recently fallen-from-grace Bitcoin OG called out on stage for shilling an altcoin at the BTC-only event.

One of the earliest public proponents of Bitcoin recently became every self-respecting BTC maximalist’s public enemy number one. Trace Mayer, the host of the ‘Bitcoin Knowledge’ podcast, has been reportedly shilling the recently-created privacy coin

While Bitcoin and Ethereum are the most popular cryptocurrencies, they aren't the privacy coins some think they are. In fact,... More Mimblewimble Coin (MWC). 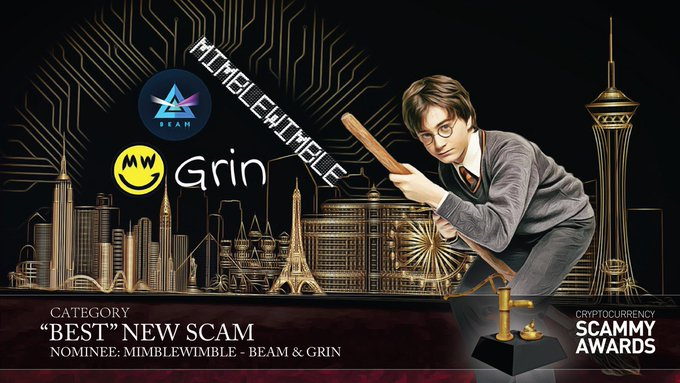 A Bitcoin Event is a Good Place to Shill Altcoins, Right?

Mayer first started talking about Bitcoin in 2010. He is more recently known for his promotion of the annual ‘proof-of-keys’ event, which BeInCrypto has previously reported on. His staunch championing of monetary sovereignty and his libertarian tendencies have made him popular with many Bitcoin fans.

The recent allegations against Mayer seem to stem from a Bitcoin-only conference held last weekend. Trader and YouTuber Tone Vays hosts the’ Unconfiscatable’ event that sees many so-called BTC maximalists meet to talk about Bitcoin, listen to presentations while eating steak, and even show off their skills in a poker tournament.

During the event, Mayer had been supposedly talking favorably about MWC to attendees. He’s even also spoken very highly of the project on YouTube interviews.

The industry disappointment mostly comes from MWC’s distribution model. The project features a huge pre-mine of 50 percent of all 20 million tokens.

Question: Is MimbleWimble coin a scam?

Then I looked at the white paper and found that there is a 50% premine!https://t.co/WksnAH8Azp pic.twitter.com/BOxFhMXE9l

Many of those critical of Mayer say he has abused his position as a respected thought leader in the industry and that he stands to gain financially by pumping the project.

Footage has now surfaced in which Mayer is, quite brutally, called out in front of the ‘Unconfiscatable’ crowd. Amusingly, long-time Bitcoin advocate and programmer Giacomo Zucco decided to wait for a portion of the show called ‘The Scammy Awards.’

After the nominees for the ‘biggest scammer in cryptocurrency’ are read out — the likes of Richard Heart of HEX and Craig Wright of BSV fame were among those shortlisted — Mayer, who spoke at the event, is called up to the stage to present the award.

Suddenly, Zucco hops on the microphone to give Mayer a thorough dressing down:

With so many blockchain themed conferences happening every year, it can be hard to keep up with all of them.... More, scaring people about CoinJoin, and promoting scams

It's no secret that the realm of Bitcoin and cryptocurrency are still in a bit of a "Wild West" phase.... More like Grin and Mimblewimble – that’s the real scam!”

When Mayer finally announces that fellow BTC maximalist-turned-altcoin-shill Richard Heart has won the award, he seems visibly distressed. With none of his usual charm, his words, “It’s HEX” are barely audible over the jeers of the pro-BTC crowd.

That awkward moment when you nominate someone else the award you were hoping for..

HEX Stoops to Another Low, Desperately Tries to Pump Price

Scams 6 months ago
No Result
View All Result