Bitcoin Is 30% More Attractive For Argentinians Than Physical Dollars

“Long Bitcoin, short bankers” — a slogan tirelessly used by maximalists like Anthony Pompliano, seems to have become Argentina’s motto as a result of President Mauricio Macri’s terrible administration leading the country to become the third most miserable economy in the whole world.

Amid political turbulence that ended with Macri’s defeat and a return of the left-wing yesterday, Argentines were paying $1.5 physical dollars for every dollar worth of Bitcoin.

The reasons behind the inflated price seem to be because of the restrictions on access to dollars imposed by the Central Bank of Argentina as a measure to preserve the country’s monetary liquidity. Starting today, Argentines can legally buy only 100 physical dollars and 200 electronic dollars per month  — much less than the $10,000 they were allowed before last week. 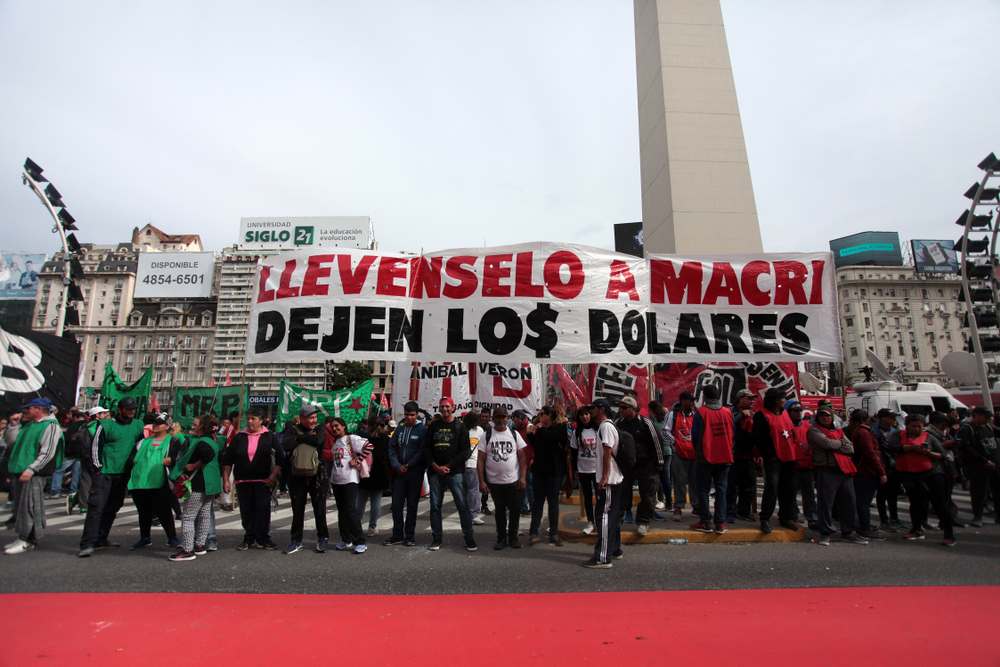 Latin America is on fire! The presidents of Chile, Ecuador, Colombia, Peru, Honduras, and Haiti are facing loud protests, and markets have reacted as you would expect from a bunch of investors playing defense.

After the election results were announced, the need to acquire dollars caused a sharp devaluation of the Argentinian peso. Faced with the impossibility of obtaining the necessary physical money, Bitcoin seems to be the light at the end of the tunnel for Argentines.

For every dollar in Bitcoin, Argentines paid more than 90 Pesos. The price of the fiat dollar is around 59.5 Argentine Pesos according to Bloomberg Markets

According to data from the Latin American Exchange Ripio, Bitcoin has a value of close to 755,880 Argentine Pesos. Dividing that amount by the $9.466 that one BTC costs at the time of writing, the value of a dollar in BTC would be almost 80 Pesos ($1.34 for every $1 worth of BTC).

Crypto is Growing Because it Solves a Problem

Before this political panic struck, Argentines were already experienced in paying inflated prices in the crypto markets. One day after the primary elections, the country suffered a 48% market crash — the biggest in its history. At the same time, BTC reached a premium of nearly $12,500 per coin.

In the same fashion, stablecoins

One of the perceived drawbacks of cryptocurrency is the price volatility, value wildly spikes and falls, discouraging many people from... More in Argentina became anything but stable. In mid-September, DAI, a popular dollar-pegged stablecoin

One of the perceived drawbacks of cryptocurrency is the price volatility, value wildly spikes and falls, discouraging many people from... More in Argentina, experienced a 30% spike without apparent explanation.

This is a crucial example of how a global stable coin trades in a local fianncial crisis IMO. There's more demand in Argentina due to the state of the Peso & the DAI is trading at a premium of 30% on the dollar. So far, that effect on MKR is contained https://t.co/Y8RUZMadO9

It seems that Argentines are recovering from the shock of having a new president. Meanwhile, they are steadily feeling better with the idea of being their own bank, and Bitcoin is emerging as a hedge in the face of an economy that is currently undergoing one of the most painful episodes in modern history.

Argentina has been breaking records on LocalBitcoins. The OTC exchange posted its highest-ever trading...

Faced with a rapidly-devaluing national currency and an economy in crisis, the Central Bank...

The Central Bank of Argentina (BCRA) published a list of people who will not...