Bitcoin Halving Observations and Expectations Given by Analyst

“Block reward” is a term that refers to the new Bitcoin granted as a reward to miners by the network. Periodically, the network goes through an event which is called “halving.” The event occurs every time 210,000 blocks are mined. Afterward, the rewards for mining decrease by 50%.

This first halving occurred in November 2012, cutting the rewards from 50 BTC per block to 25.

The second one occurred in June 2016, cutting the rewards to 12.5 BTC. The third halving is projected to occur around May 2020.

The movement before and after the first and second halvings has had some similarities. Important ones mostly relating to the time-periods of upward movements were shared by cryptocurrency investor @KingThies in the following tweet.

Upcoming $BTCUSD Block Halving – Observations & What to Expect (Should the trend of the previous two continue) pic.twitter.com/Bc3L02V1kC

He states that after the all-time high was broken, the price took less than 300 days to reach the eventual top during both times.

However, there are still some questions left unanswered, such as how much time after halving was the new all-time high reached? What was the magnitude of increase? Let’s answer these questions below.

After the second Bitcoin halving

As stated in the tweet, it took 286 and 296 after the all-time high respectively for the top of the new cycle to be reached.

Therefore, while the days beginning from all-time high to the new top are similar after both halvings, those until an all-time high is reached are not.

But, we can conclude that we are likely to reach a new all-time high towards the end of next year, since the next halving is in May 2020. 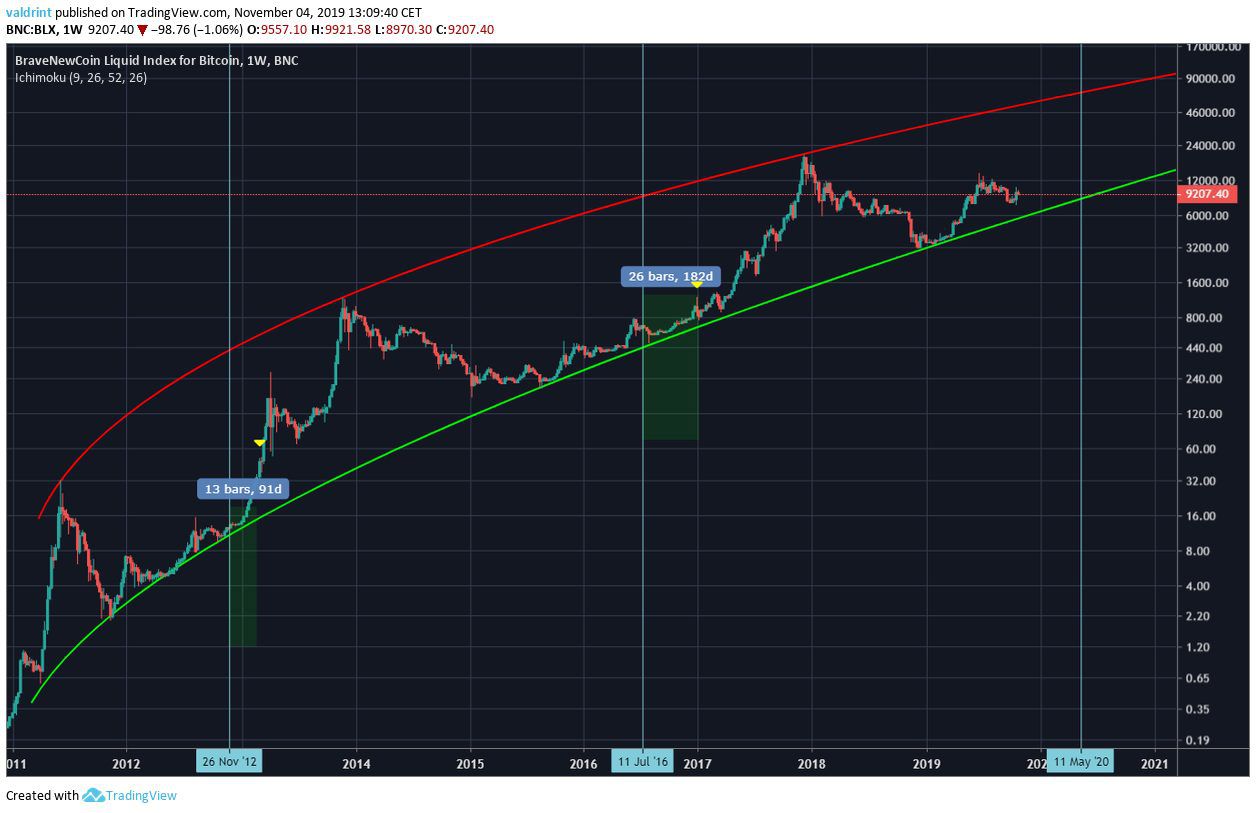 As for the top of the next cycle, let’s assume that the all-time high will be reached 120 days after halving sometime in September 2020. 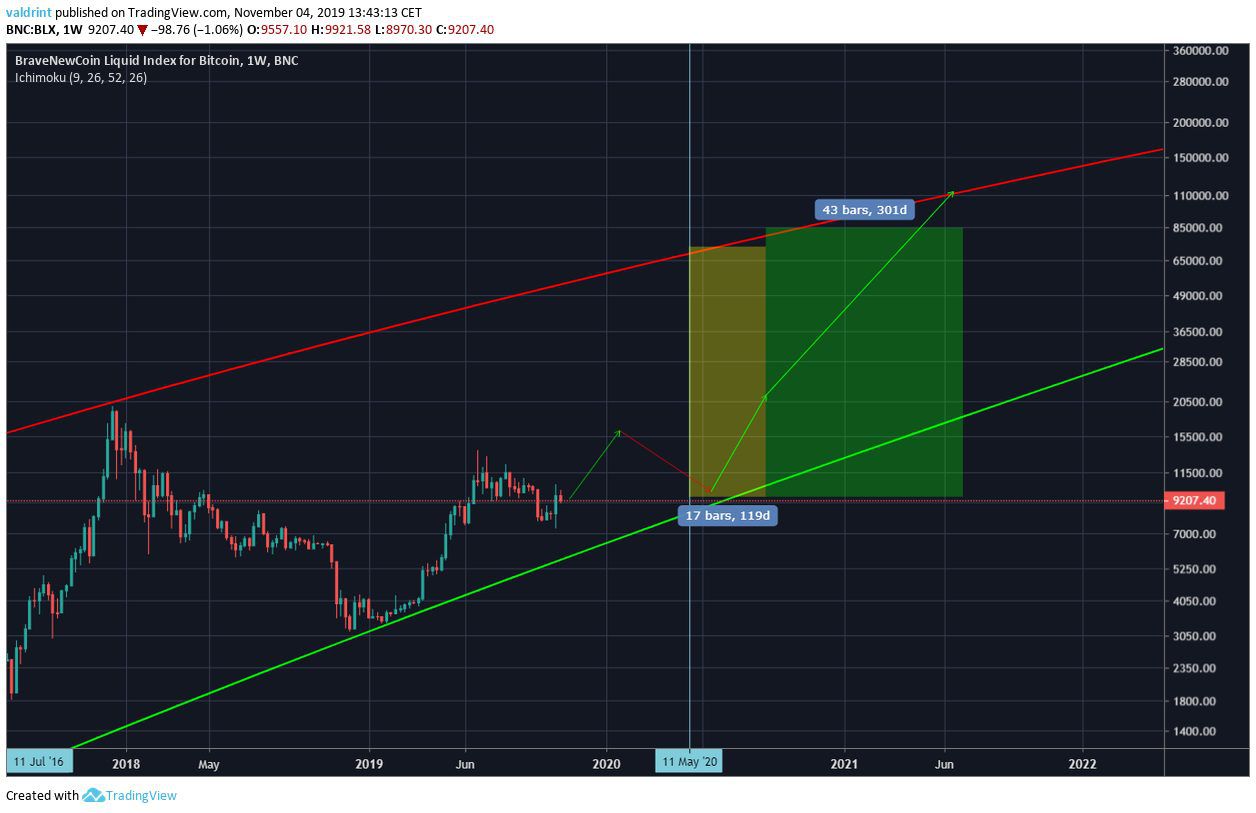 90 Percent of Cryptocurrency Firms May Be Bankrupt in Six Months: Swiss Blockchain Federation
#Companies News 1 month ago
Up Next
Ethereum at $1000, Other End-Of-Year Predictions Made by Well-Known Investor
Ethereum Analysis 7 months ago
Related News