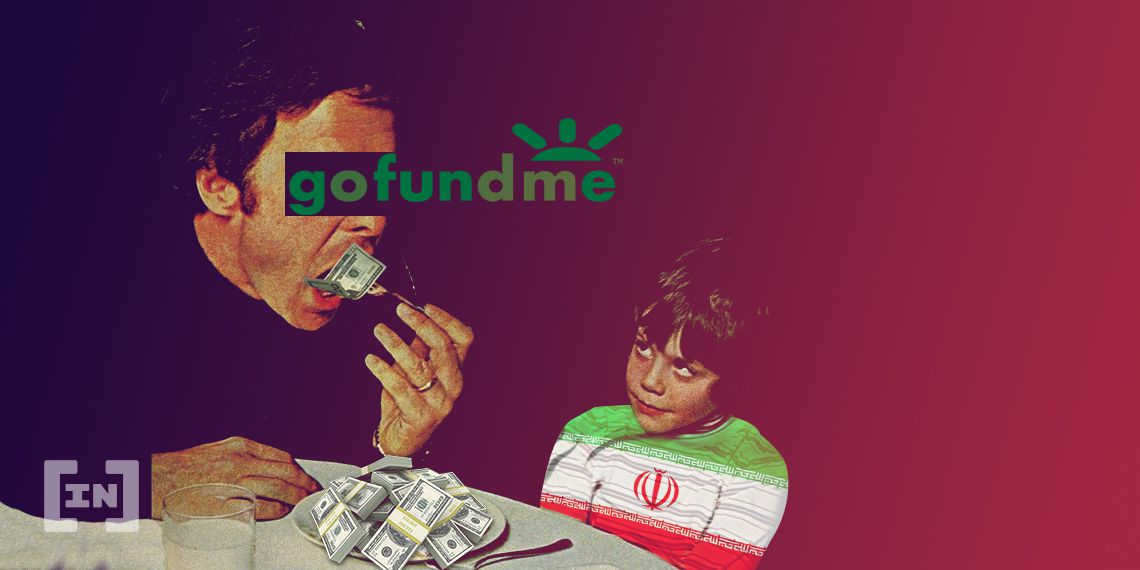 In an incident that highlights the shortcomings of centralized fundraising and the advantages of decentralized options, like Bitcoin, popular crowdfunding website GoFundMe has terminated some campaigns referencing Iran. Those impacted are based in Edmonton, Canada, and for the benefit of local people affected by the Ukrainian passenger plane shot down by the Iranian military last week.

The Boeing 737-800 was taken down shortly after takeoff from Tehran airport. Aboard the Ukraine International Airlines flight were 82 Iranians, 63 Canadians, nine Ukrainians, four Afghans, four Britons, and three Germans.

One of the GoFundMe campaigns removed from the platform was run by the Iranian Heritage Society of Edmonton (IHSE). The funds raised would reportedly go towards a memorial service for those impacted by the crash living in Edmonton, Canada.

According to a report in CBC.ca, the campaign went offline on Friday for around six or seven hours, shortly after a press conference announcing the fundraiser. The organization’s treasurer, Amir Ghahari, commented that this was the peak time for campaign exposure and likely cost it heavily in terms of donations.

GoFundMe reportedly requested additional information about how the IHSE planned to use the funds on Friday. In the email, the fundraising platform stated that failure to do within seven days would result in the campaign being permanently removed.

IHSE responded quickly that day, explaining that the money would go towards a memorial service for those Edmonton residents impacted by the crash. That evening, the campaign went offline. GoFundMe provided no reason as to why.

After news service CBC News got wind of the story, it contacted the crowdfunding website for more information. A few hours later, the campaign was back online.

@gofundme URGENT!!! Hey guys, I’m a board member of Iranian Heritage Society of Edmonton (IHSE) and respectfully request your immediate action on resolving our campaign being taken down despite providing information requested. PLEASE!!!
URL: https://t.co/1qiizbSnpH#FlightPS752

It was on Sunday that the organization received a message from a GoFundMe “community manager.” It said that the campaign had been reviewed and was now cleared to raise funds again. However, they added that the funds raised would be subject to a precautionary hold until a payment processor completes its own review.

Another campaign, launched by the former president of the IHSE, Shayesteh Majdnia, was similarly impacted. So too was a fake fundraiser setup by CBC News itself that contained certain trigger words like “Iran,” “Canada,” with similar goals, located in Canada. It was taken down within an hour with an email:

“… we are writing to inform you that your GoFundMe account has been removed due to sanctions involving an unsupported country and a violation of our Terms & Conditions.”

Bitcoin and Decentralization Have a Place

The censoring of accounts in such a way shows clear shortcomings in the centralized model of services like GoFundMe. Although the campaigns impacted were eventually restored, the disruption of service likely resulted in poorer performance.

Decentralized digital currencies, like Bitcoin, have previously been used to significant effect for fundraising efforts. One of the first widespread uses of the cryptocurrency was by WikiLeaks in 2011. It has since received more than 4043 BTC.

More recently, BeInCrypto reported on the Hong Kong Free Press adding Bitcoin as a donation method. The organization quickly discovered the shortcomings of centralized payment processors themselves after BitPay blocked donations via Bitcoin to the independent journalist group.