By Valdrin Tahiri
2 October 2019, 22:10 GMT+0000
Updated by Adam James
9 October 2019, 10:34 GMT+0000
About every four years, the amount of Bitcoin created in the mining of a block gets cut in half. This is referred to as a ‘Halving.’ Until now, there have been two such occasions, with the upcoming third estimated to occur around May 17, 2020. Since Bitcoin becomes scarcer after halving, its price has historically increased after to make up for the demand.
Well-known trader and financial analyst @Rektcapital recently pointed out interesting price movements before and after the two previous halvings.

Bitcoin tends to retrace prior to its Halvings

Previously, $BTC saw a -38% retrace prior to Halving 2

Is this current ~40% downside in BTC's price the retrace prior to Halving 3?https://t.co/4StGraQAaQ#Bitcoin #Crypto

The dates for the first two halvings and the projected date for the third are given in the table below. There have been several similarities between the first and second halvings: 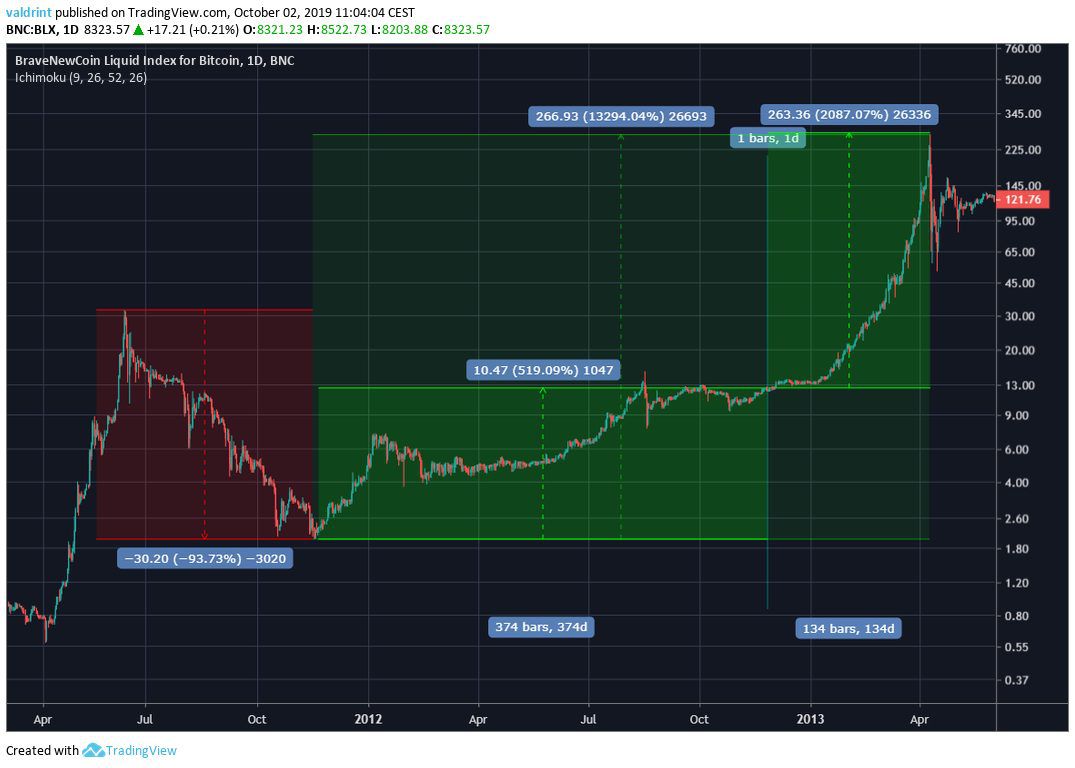 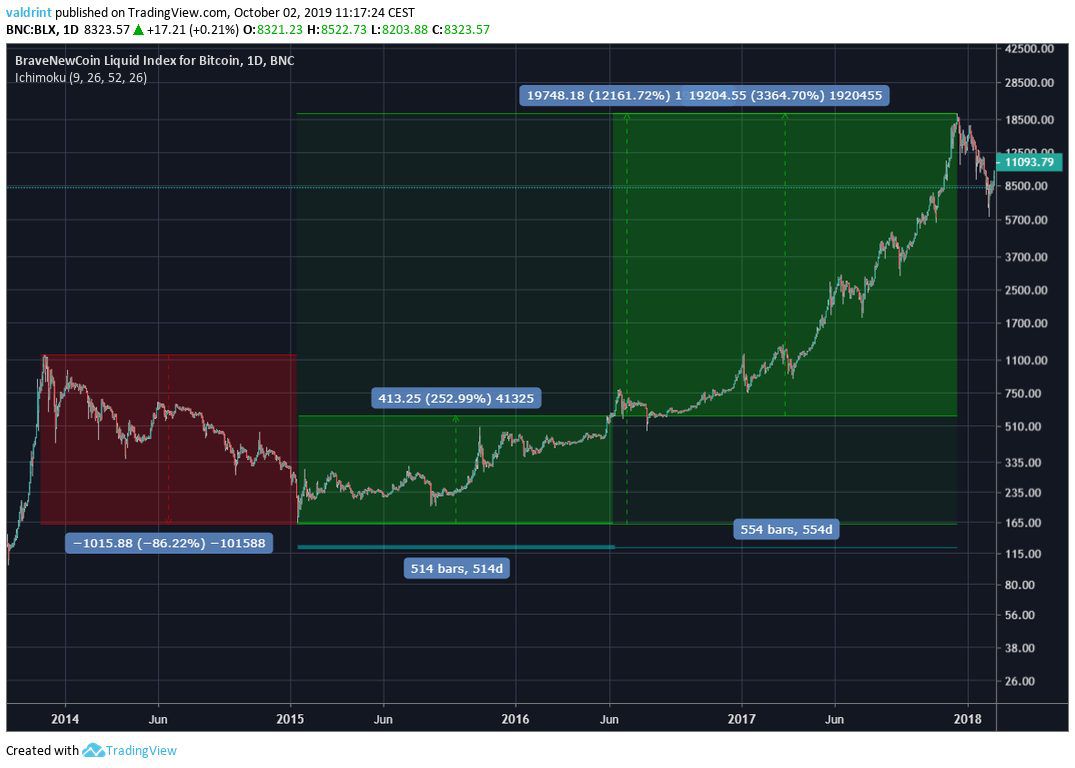 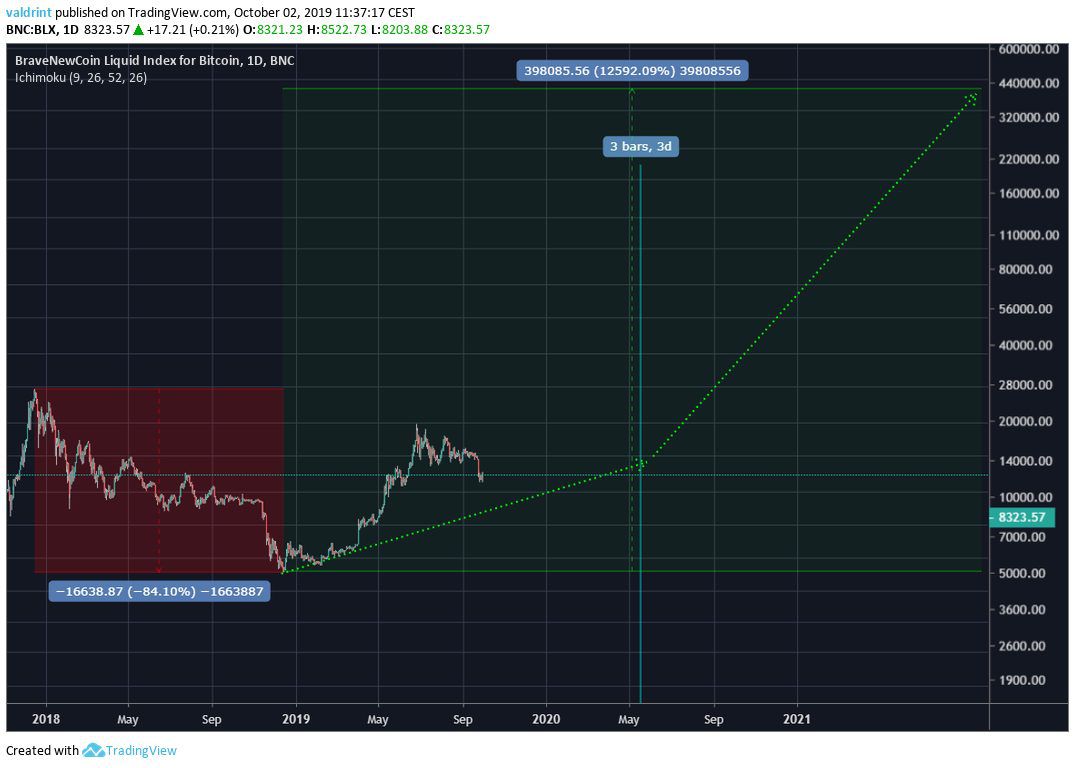 Since the movement before and after the first two halvings have not been identical, we cannot make a prediction on the exact price at the date of the third halving. However, the trend of moderate-to-rapid growth before and after the previous halvings has been constant. So, we can expect gradual growth until May 17, 2020, before the rate of increase accelerates. It may be possible to reach a high near $400,000 at the end of 2021 or the beginning of 2022. Do you think Bitcoin will increase rapidly after the next halving? What will happen to the price prior to May 17, 2020? Let us know your thoughts in the comments below. Disclaimer: This article is not trading advice and should not be construed as such. Always consult a trained financial professional before investing in cryptocurrencies, as the market is particularly volatile. Images are courtesy of Twitter, TradingView.