While the stock market continues posting all-time highs, economists are suggesting that the global economy is nearing a recession. A host of indicators point to global financial failure, and governments appear powerless to stop it. Could Bitcoin

The most striking issues include the exploding debt ratios around the world and the ‘deglobalization’ of the world economy. Both of these massive issues point to a forthcoming recession, and tools to solve them are few and far between.

Global debt has reached epidemic proportions. Currently, governments around the world owe a staggering $244 trillion—the highest level ever. [CNBC] Not since WWI has debt come near this current level.

The debt has exploded largely due to central banks trying to stave off recession with monetary policy. Lowering interest rates to increase liquidity, and policies such as quantitative easing, have shifted debts into government ledgers. And the worst is yet to come, should a recession kick off in 2020.

Further, the world economy has begun the process of ‘deglobalization.’ Take, for example, Britain’s departure from the European Union, and trade wars between the US and China. Both reveal an underlying disconnection growing between world economies.

Whatever one may think of globalization, it has led to the previously soaring economy. Even with the complexities of the coronavirus, the global economy has been able to maintain trade and activity. A political reversal of this stability could spell disaster. 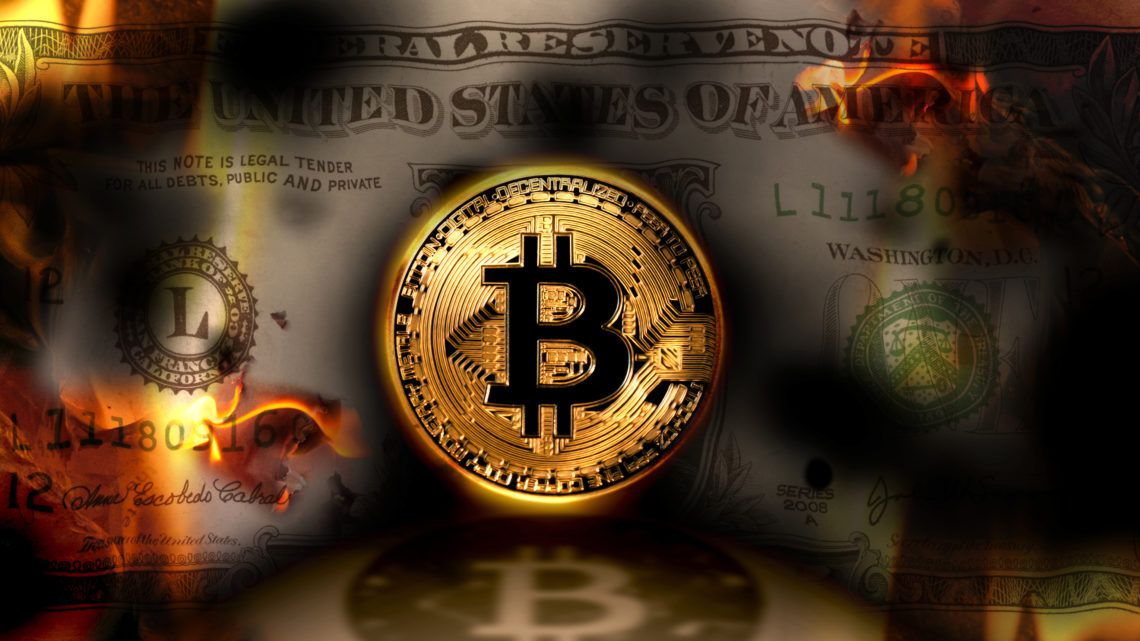 Central banks around the world have effectively spent all their ammunition to protect against recession. The general belief has been that reducing interest rates and injecting liquidity through borrowing would protect the economy.

Further, the injection of funds through debt has already been tried without success. The current debt ratios are so high because of this very issue, leaving central banks with no bullets left to fire.

Bitcoin to the Rescue?

In this chaos, Bitcoin offers a potential solution. Because the digital currency can function both as a ‘safe-haven’ asset, and as a payment platform, it provides both liquidity and stability.

As a payment platform, Bitcoin can be used to pay for transactions by any entity. This provides global liquidity, reversing the deglobalization trend.

As a safe-haven asset, Bitcoin offers a value storage tool that is not affected by governmental fiscal policies. No amount of central bank debt can cause Bitcoin to inflate its numbers. In this way, Bitcoin provides global fiscal stability.

Taken together, Bitcoin may be the last hope for governments seeking to stave off recession. By using the digital currency as another ‘gold standard,’ central banks may be able to turn the bus before it crashes.