The USDC Treasury has just minted another 10,000,000 USD Coin on Ethereum — which will be entering the cryptocurrency market shortly.

One of the perceived drawbacks of cryptocurrency is the price volatility, value wildly spikes and falls, discouraging many people from... More. The second-largest stablecoin will be issuing another $10M in digital fiat as the market turns green, yet again.

The news was reported first by Whale Alert (@whale_alert).

Reactions to the minting were largely positive, with most expecting it to provide a boost to the ongoing rally.

The latest minting is also on Ethereum, which has become the de facto platform-of-choice for stablecoins. As BeInCrypto reported on earlier this month, “Ethereum’s economy is now dominated by stable value transfer.” As of February 1, stablecoin ERC20 tokens on Ethereum have overtaken ETH itself in terms of total value transferred daily.

Many hope that the issuing of more stablecoins

One of the perceived drawbacks of cryptocurrency is the price volatility, value wildly spikes and falls, discouraging many people from... More on Ethereum will stabilize its value in the long run.

Ethereum made a strong upward move in the last 24H and is currently up +15 percent, trading for around $252. 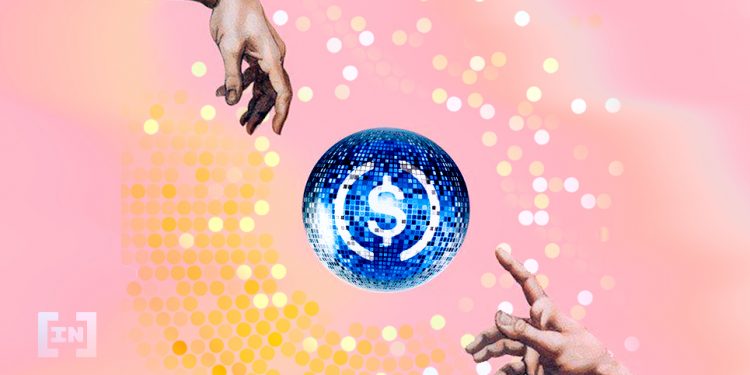 January saw multiple batches of USDC mintings, as BeInCrypto reported on previously. For example, January 22 saw $13M in USDC minted at the Treasury. Another $20M was minted on January 16, as well.

Altogether, USDC hopes to someday compete with Tether (USDT) — but it currently boasts just a fraction of its market capitalization. The Coinbase-backed stablecoin has tried to boost its visibility by offering interest-based gains for HODL’rs.

Whether or not USD Coin can someday eclipse Tether remains to be seen, but we can expect more stablecoins to enter the picture as the year goes on.