Binance Coin Is a ‘House of Cards’ Says Billionaire

BUY NOW (BNB), calling it a ‘house of cards’ with ‘zero utility.’ By his prediction, Binance will not be around much longer.

Calvin Ayre is a well-known, but controversial, figure in the cryptocurrency world. He’s also one of the most outspoken supporters of Bitcoin SV, which has won him the ire of many in the industry. Oftentimes seen as Craig Wright’s right-hand man, Ayre runs CoinGeek which is unabashed in its support of Bitcoin SV. 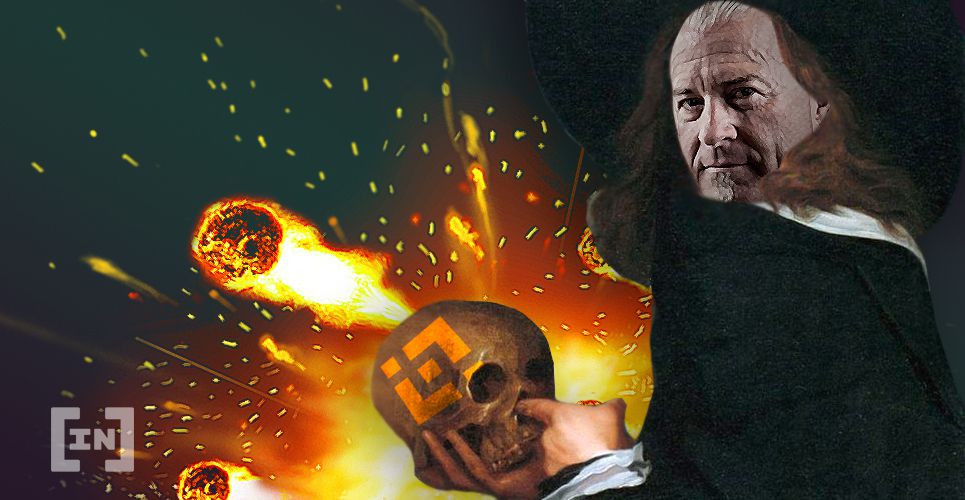 The billionaire has been increasingly critical of Binance, even outright saying that the exchange is operating on borrowed time. In a recent tweet, he said that the exchange’s native currency, Binance Coin (BNB), is a ‘house of cards.’ He claims that BNB has no utility, is propped up by market manipulation, and inherently has no value. “Shame how many are going to get hurt when this all collapses,” he writes.

I am hearing his Binance coin is a house of cards…proped up based on market manipulation, zero real utility or value…shame how many are going to get hurt when this all collapses. https://t.co/RhxzhbfcCq

In another tweet, he also criticized Binance directly. He claims CEO Changpeng Zhao is a “con” and that his exchange, Binance, is “not long for the world.”

he is a con and Binance is not long for the world. https://t.co/DabiPnUZNH

BeInCrypto previously reported on Ayre calling Zhao a ‘scammer.’ He criticizing Zhao’s tweet about staking cryptocurrencies on Binance to make money ‘while doing nothing.’

You may recall earlier this year when Bitcoin SV’s creator, Craig Wright, began mass threatening individuals for slander. He has previously claimed that he is Satoshi Nakamoto

We don’t know much about the Bitcoin founder (or founders)  — Satoshi Nakamoto — as he pretty much disappeared after... More and claimed those who disagreed were causing “serious harm” and were “intentionally defamatory.” Ayre has supported Wright’s efforts through his CoinGeek media outfit, which remains the leading pro-Bitcoin SV voice in the industry.

Given that Ayre has fallen to irrelevance for the cryptocurrency community at large, his comments will likely have no impact on Binance. Still, it seems clear that Binance has quite a few enemies who seem confident of its downfall. Yet, there is no indication that the exchange is slowing down. Last month, it unveiled a staking platform with support for 8 cryptocurrencies.

What do you think of Ayre’s comments? Let us know your thoughts down below.