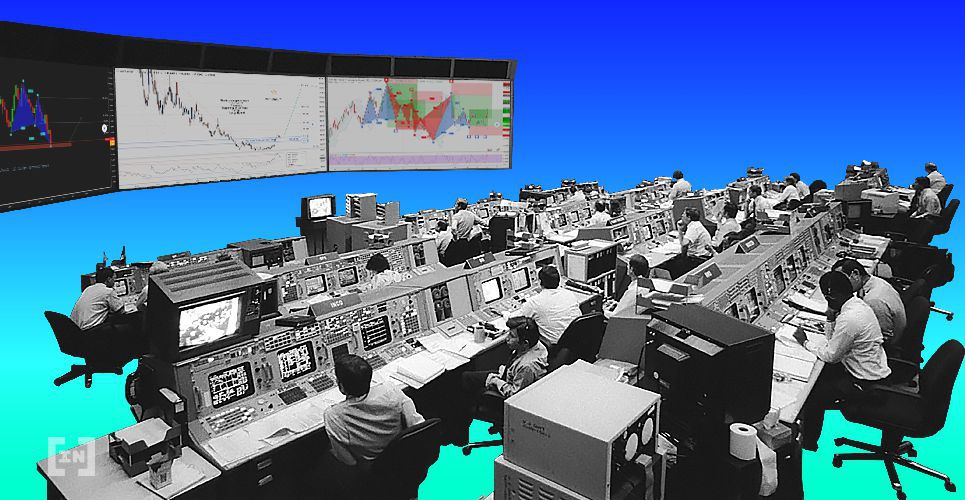 This article will take a look at the Basic Attention Token (BAT) and Reserve Rights (RSR) price movement and outline the potential for increases during the month of March.

These two coins are chosen since they both have similar price movement, having just broken out from long-term resistance areas and then validating them as support.

In the beginning of the year, BAT broke out from a long-term descending resistance line that had been in place for more than two years and reclaimed the $0.455 resistance area afterwards. However, BAT was rejected by the $0.68 resistance area, and has been decreasing slightly since.

Currently, it is trading between these two levels.

Technical indicators are bullish, suggesting that BAT will break out above the $0.68 area and potentially make an attempt at reaching a new all-time high price.

The shorter-term 12-hour chart shows that BAT is trading inside a parallel descending channel, in a movement that is likely to be corrective.

The wave count suggests that BAT is in sub-wave five (orange) of a long-term wave three (white).

The most likely target for the top of this movement is located between $0.87-$0.923, found by using a combination of an external fib retracement (black) and fib projection (orange). 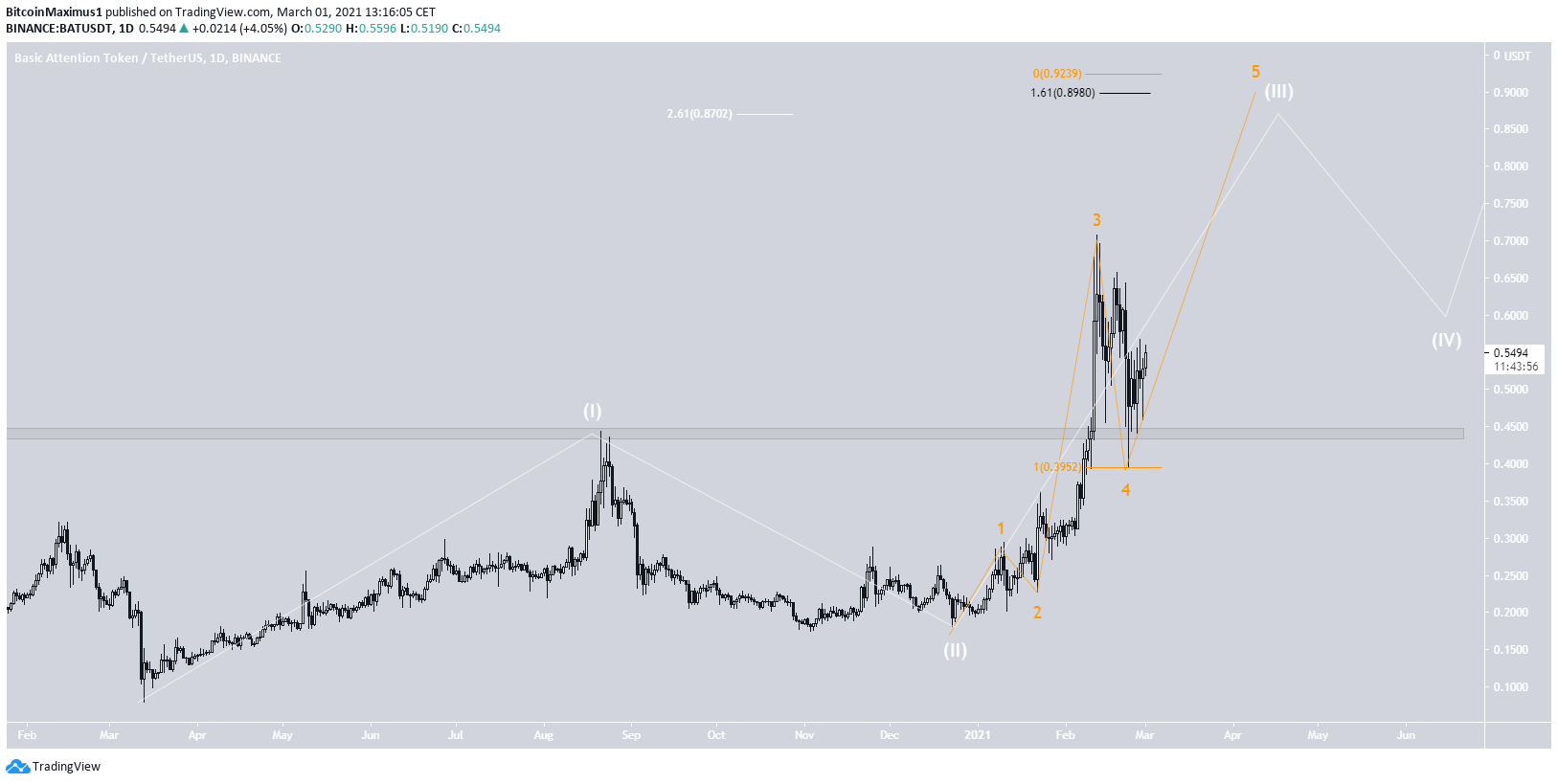 Furthermore, both the RSI and MACD are increasing, indicating that the trend is bullish.

The daily chart supports this outlook, since it clearly shows a deviation below followed by a reclaim of the $0.047 area.

Furthermore, the MACD has given a bullish reversal signal and the RSI has crossed above 50. A bullish cross in the Stochastic oscillator would confirm that the trend is bullish.

The wave count also suggests that RSR is bullish, currently being in sub-wave five (orange) of a long-term wave three (white).

The most likely target for the top of this movement is located between $0.105-$0.0109, found by using a combination of an external fib retracement (black) and fib projection (orange).

To conclude, the outlook for the month of March is bullish for both BAT & RSR is bullish.

However, the most likely target for the top of the current movement is 65% above the current price for BAT, while 95% for RSR, giving RSR higher potential for gains.

Therefore, while both BAT (orange) and RSR (green) have had a nearly identical rate of increase in 2021, it is possible that RSR will increase at a higher rate for the month of March.