Following a sluggish start spanning nearly one month, Bakkt Bitcoin futures volume seems to have started the day on the right foot on Wed, Oct 23. Nearly one-third of the day has passed, as of press time, and a whopping 370 BTC futures contracts have already been traded on the platform.

At the current rate, Bakkt is likely to register its all-time-high figures at just under 1,100 BTC by the end of the trading day. That’s 1,300 percent higher as compared to the corresponding figure from yesterday.

Is Bakkt’s Dry-Spell Finally Over?

There’s no sure-fire way to predict that Bakkt’s woes are over right away — especially considering how the ICE subsidiary has displayed a rather inconsistent performance since Day One. However, it’s by far the most impressive performance the platform has registered since launch. The previous high was 224 BTC futures contracts on Sep 9, as BeInCrypto had reported earlier.

However, that joy was rather short-lived as the trading volume in the very next day nosedived to 109 contracts — a drop of 51 percent. From there, it slipped further 46 percent on Sep 11. There was no major spike in trading volume since, with monthly futures contracts worth $300 – $650 being traded each day. 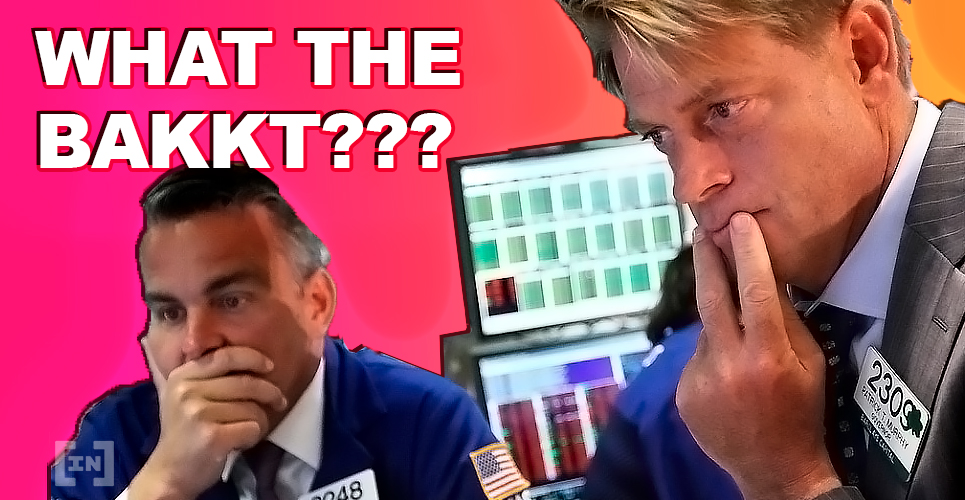 Worth noting here is that Bakk’t disappointing performance was unfolding against the backdrop of a steady increase in institutional interest in Bitcoin and, by extension, the broader cryptocurrency space.

Some analysts were of the view that the platform’s subpar performance was essentially an unwarranted byproduct of the very nature of its offering. Analyst Alex Kruger, for example, suggested that most institutional investors were not yet used to physically-settled contracts — more so when it comes to a high-volatility asset like Bitcoin, as reported by BeInCrypto earlier last month.

Meanwhile, there’s also the possibility that the hype surrounding Bakkt’s physically-settled Bitcoin futures contracts were a little over-the-top right from the start.

Where do you see the trading volume moving from here? Do you think today’s performance is just a fluke or is Bakkt finally ready to start rolling as it was expected to? Let us know in the comments below.