By Anton Lucian
14 August 2019, 00:35 GMT+0000
Updated by Kyle Baird
14 August 2019, 14:48 GMT+0000
Argentina’s S&P Merval Index plunged 48% yesterday in the second-biggest one-day rout on record since 1950. Bitcoin is currently trading at a four percent premium within the country.
A shock election result has resulted in a massive tumble of both the peso and the Argentinian stock market. The country’s center-right leader, President Mauricio Macri, performed poorly in the primary elections and many are doubting whether the incumbent can win in October. President Macri has been known for his ‘business-friendly’ governance, instituting painful austerity measures which have proven unpopular in Argentina. 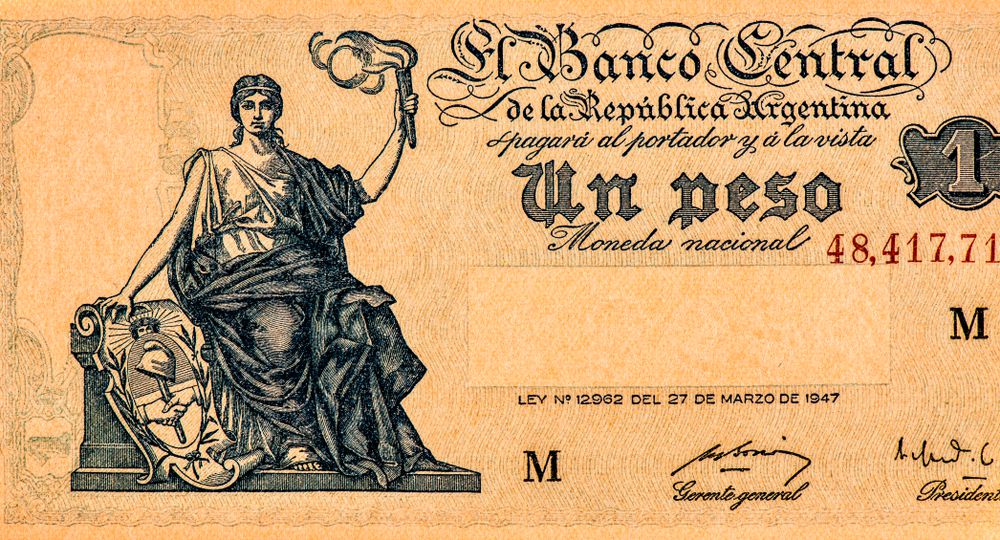 The shock results have sent markets spiraling downwards as the country lies in limbo. The peso closed around 15 percent weaker on Monday in an exceptionally volatile day while the S&P Merval Index dropped some 48 percent relative to the dollar. Bloomberg reports that the one-day rout is one of the worst on record, rivaled only by Sri Lanka’s collapse in 1989 when it was tangled up in a civil war. The peso has been exceptionally volatile for the past two years. In June, the inflation rate was recorded to be 55.8 percent and is the highest rate the country has seen since 1992. The inflationary spiral has been accelerating since July of 2018 as the country struggles with a serious recession. The resulting political turmoil will certainly further intensify these issues. Yet, the stock market collapse could be seen as something of an overreaction by business leaders in the country. After all, does a political upset by a center-left party really merit a 48 percent rout? Overall, it seems clear that the economy is being pulled by forces outside the country’s control.

The interwoven complexity of Argentina’s economy has brought forth a fresh demand for apolitical, global currencies like Bitcoin. With the unlikelihood that inflation will slow down, Bitcoin provides Argentinians with a ‘safe haven’ which lies outside the limitations of their economy. That’s why Bitcoin is trading at a premium on exchanges like Buenbit. At the time of writing, BTC is trading around $11,750 while the global average currently stands at $11,330, indicating a noticeable spike in demand. Overall, the country seems destined to go into default. As Argentina’s presidential front-runner Alberto Fernandez told reporters recently, “President Macri has risen debt to unsustainable levels. Nobody believes Macri can pay back the debt. Bond prices indicate investors see the country in default,” he told a local news outlet in Buenos Aires on Monday. Perhaps the Argentinian peso cannot be salvaged in the short-term, but luckily there are apolitical options on the table for Argentinians like Bitcoin. Do you believe Bitcoin’s premium will spike further in Argentina as the currency crisis continues to escalate? Let us know your thoughts in the comments down below. Buy and trade cryptocurrencies with a 100x multiplier on our partner exchange, StormGain. Images are courtesy of Shutterstock.