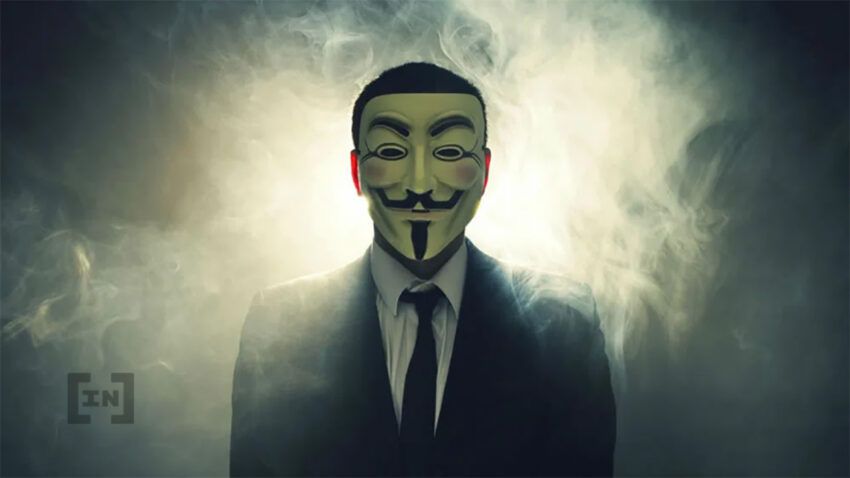 Hacktivist group Anonymous says it will investigate Do Kwon’s history and bring to light his alleged crimes. The group also claims that Kwon had bad intentions from the outset.

Anonymous posted a video on its YouTube channel, saying that it would expose Terra co-founder Do Kwon’s “crimes” and make sure he would “be brought to justice as soon as possible.”

The four-minute video does not hold back when it comes to criticizing Do Kwon and lists many of the controversies and questionable actions of Kwon.

Anonymous said that the crypto industry, like the rest of the global market, was experiencing a tough time. They believe that the market was due for some pain because of the larger macro-economic trends, but that

“the actions of Do Kwon were single-handedly responsible for scamming billions of dollars away from retail investors.”

One of the listed actions is the fact that Do Kwon cashed out over $80 million per month before LUNA and TerraUSD (UST) collapsed. Terraform Labs employees mentioned this to the U.S. Securities and Exchange Commission (SEC), and it has landed the co-founder in hot water.

Kwon said that the accusation that he cashed out $2.7 billion was “categorically false.” Anonymous said that that did not account for the $80 million per month.

The hacktivist group then goes on to say that “there is significant evidence that Do Kwon had bad intentions from the start.” Anonymous is determined to investigate Do Kwon’s history and ends by saying,

“Do Kwon, if you are listening, sadly, there is nothing that can be done to reverse the damage that you have done. At this point, the only thing that we can do is hold you accountable and make sure that you are brought to justice as soon as possible.”

Do Kwon’s controversies pile up

The arrival of Anonymous in the investigation of Do Kwon and his actions is just one more in the long list of parties scrutinizing the co-founder. Kwon has caught the attention of several governments, as Anonymous notes, and these reviews do not look like they are going to end well.

The SEC has begun a probe into Terraform labs, reviewing whether Kwon had actually committed money laundering with those $80 million transfers. The project is also under investigation for potential securities violations.

Meanwhile, South Korean officials are also looking into Terraform Labs and Do Kwon. Authorities have moved to bar employees from leaving the country, and they are intensifying crypto regulation to prevent another Terra incident.