By Valdrin Tahiri
24 October 2019, 11:45 GMT+0000
Updated by Adam James
24 October 2019, 11:45 GMT+0000
Throughout 2019, the majority of the cryptocurrency market has been on an upward trend. This movement, however, has been more pronounced in the price of Bitcoin (BTC) — causing the market dominance rate to increase. However, some altcoins have bucked the trend, posting extremely high rates of increase.
From the major altcoins, the highest risers have been Chainlink (LINK) and Binance Coin (BNB) — posting increases of nearly 800 percent and 300 percent, respectively, since the beginning of the year. In previous years, the altcoin market had enjoyed rapid increases for prolonged periods of time — coining the term “altseason.” Since that has not yet occurred this year, it has led many to hypothesize on its possible start date. According to our analysis, due to a convergence of several critical support levels, the market low may be very close to being reached. Cryptocurrency trader @davthewave stated that the altcoin market cap (ALTCAP) is nearing its buy zone — indicating that altseason might soon begin.

Where is this buy zone? How does he reach it? Let’s take a closer look at the price movement and determine the answers.

Where Is the Altcoin Buy Zone?

We have drawn two curved trend lines in order to determine critical support areas. The first one is an ascending support line that has been in place since 2016 (green). The second one is a U-shaped trend line (red) that connects all the lows since the correction began in 2018. Both of these trend lines are converging near $60 billion — slightly below the current price level. 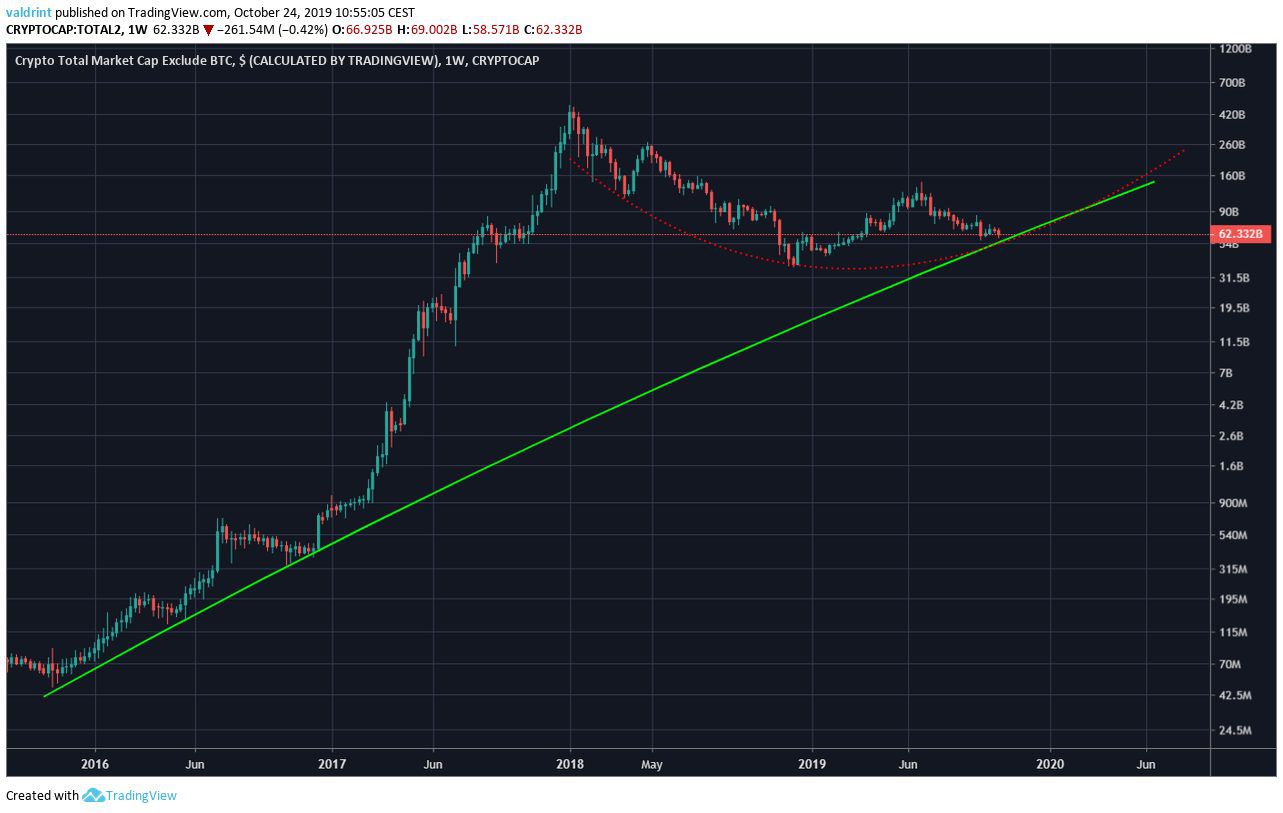 To determine the exact support level, we are using a Fibonacci retracement tool from the low reached in December 2018. Doing that, we have found more convergence by the support lines and the 0.786 fib level — which is found at $56 billion. Combining this with previous support, we can further gain a more specific support area at $56-$58 billion. 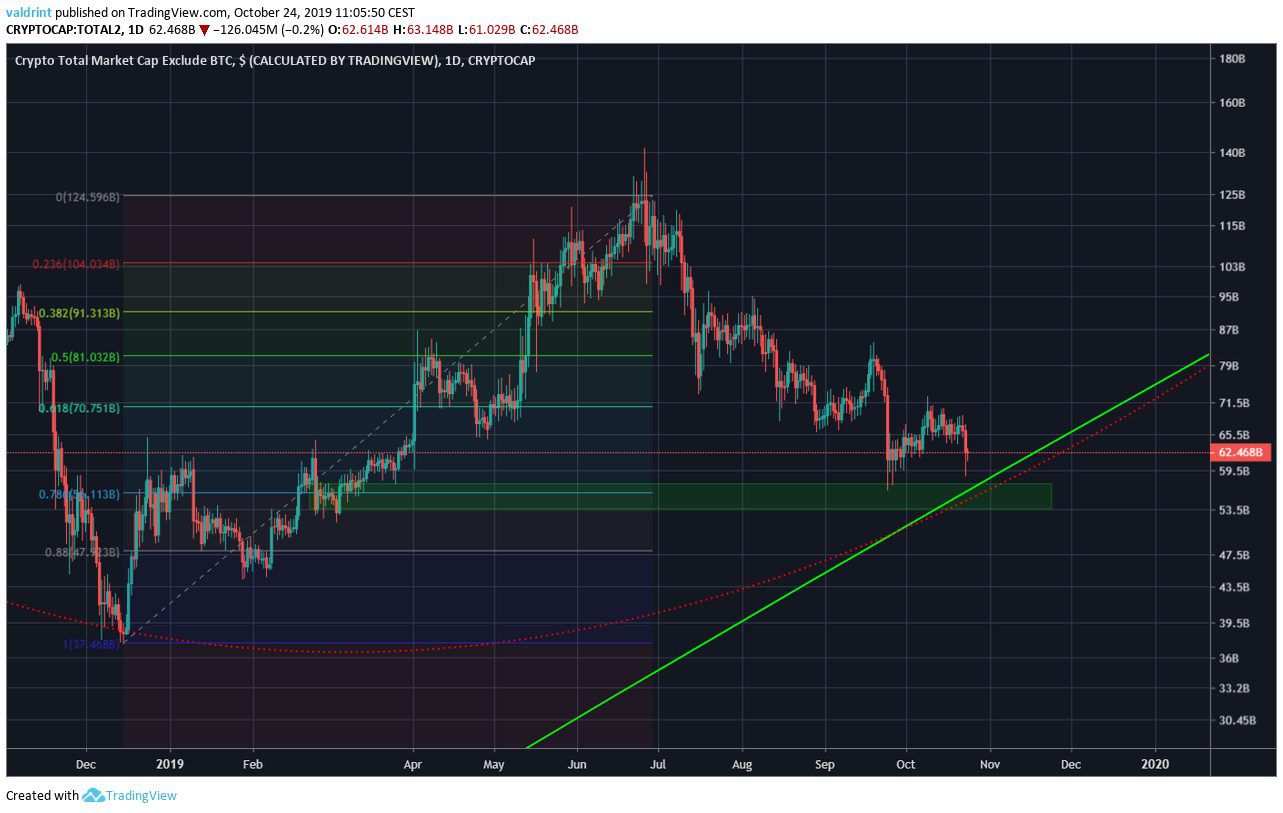 Based on the above charts, we can hypothesize that the decrease for altcoins is nearing its end and the ensuing year will be posting higher rates of increase than the current one. Disclaimer: This article is not trading advice and should not be construed as such. Always consult a trained financial professional before investing in cryptocurrencies, as the market is particularly volatile.  Images are courtesy of Shutterstock, TradingView.  Did you know you can trade sign-up to trade Bitcoin and many leading altcoins with a multiplier of up to 100x on a safe and secure exchange with the lowest fees — with only an email address? Well, now you do! Click here to get started on StormGain!