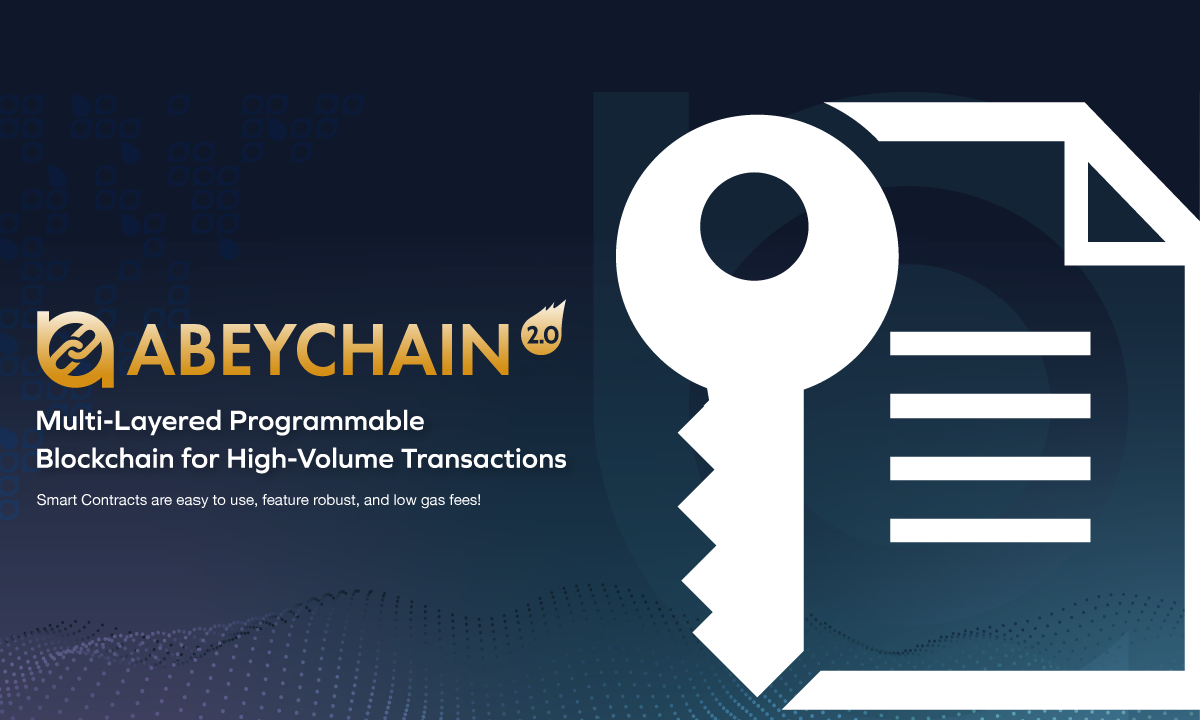 ABEYCHAIN 2.0, initially launched in March 2021, becomes one of the first blockchains to encrypt fruitchain technology into the traditional PoW protocol to become fPoW.

This makes it twice as fast, decentralized, and equitable. The major setbacks of most such blockchains are their inability to compromise between efficiency and decentralization.

ABEY 2.0 now sets the benchmark for this, as it maintains both efficiency and decentralization. Another promising feature of ABEY 2.0 is its speed to storage ratio. Ever since its debut at the AIBC 2021 Summit in Dubai, developers and experts are exhilarated to witness and experience it.

Power to sustain efficiency and decentralization

The base for ABEY 2.0 is the enabling of fPoW. With fPoW on one hand, ABEY blockchain integrates it with PBFT, creating a hybrid upon which the platform prevails.

This hybrid consent enables ABEY 2.0 to give out an impeccable performance in terms of both efficiency and decentralization, without compromising either.

The transactions are processed as a fast chain using PBFT. The task of oversight and election of PBFT are left to the PoW nodes. ABEY 2.0’s hybrid consent enables a stable gas fee mechanism which reduces the costs of developers and Dapp operators. Thereby, a solid foundation is all set for ABEY 2.0.

Furthermore, ABEY 2.0 also provides users with the most secure storage servers and distribution networks, making ABEY 2.0 completely unhackable. The data are being stored and encrypted in different nodes spread across the world, offering one of the most refined and promising data storage solutions.

The eminence of ABEY storage token over filecoin

ABEY 2.0 features its own token by the name ABEY storage token (AST). This AST is all set to eradicate the filecoin (FIL).

FIL provides IPFS with a periodical fee revenue that is self-generated. The users earn rewards in the form of FIL during each transaction of storage and retrieval on the IPFS.

At times, if the users fail in their compliance, they will be terminated from the network along with waving fines.

The Abey Storage Network comprises a new and developed data storage platform integrating it with IPFS. The users could earn ASTs based on their storage transactions from the servers.

AST nearly serves as the equivalent of FIL to about 100%. AST can be traded at the same price as FIL, making it the rice ratio of 1:1. AST is completely based on its liquidity and could be acquired on ABEY 2.0.

The overall number of users and new addresses are constantly on a raise for ABEY 2.0. The overall blockchain has grown by more than 50% ever since its launch in March 2021. This epic hall frame achievement has been made in just a matter of days.

Also, seeking its popularity among the developers on many of their aspects, its speed, storage, securability, efficiency, and decentralization have all made ABEY 2.0 grow to this extent.

The entire Abey ecosystem could be accessed easily and each separately as follows.

The Abey Storage Token (AST) could be bought and traded on www.zbx.com or www.zbx.plus.

For further information regarding the Abey blockchain and its services, one can visit their homepage at www.abey.org, which also contains details regarding their download links for the wallet and their scientific yellow paper too.

ABEY 2.0 could be assessed completely on www.abeychain.com.

About the ABEY Foundation

The motto of the Abey Foundation is to move forward, advance, and promote the future of blockchain technology. Accordingly, the foundation provides guidance, and direction for the Abey community and ecosystems, and has a strong commitment to protecting the immutable freedom of all Abey users now, and for future generations.

Whatsoever, such a high-Performance hybrid blockchain that provides the underlying public blockchain infrastructure with speed, performance, and security for decentralized applications and financial transactions will lure developers and users towards ABEY 2.0.

Therefore, such efficiency and decentralization for sure will put ABEY 2.0 at the peak in future blockchain technology.