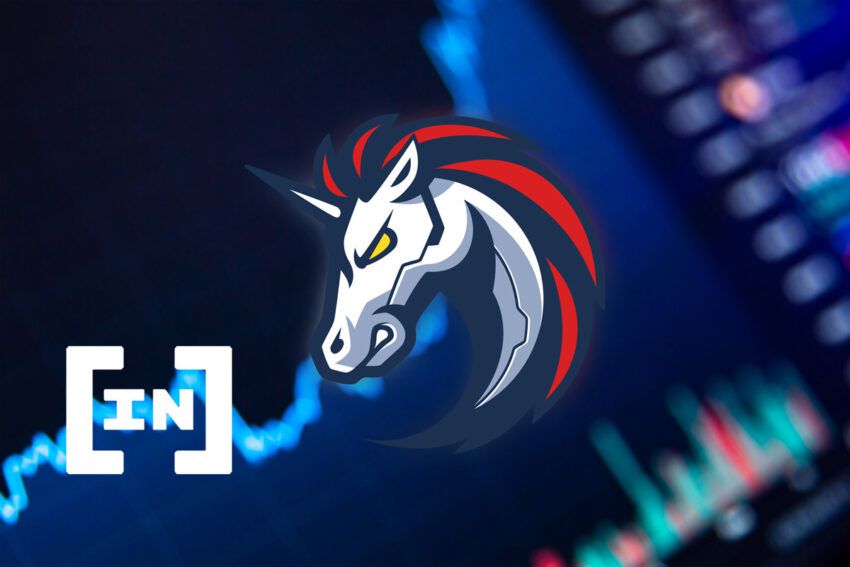 1inch (1INCH) has bounced at the support line of a long-term pattern, and followed that up with a breakout from a short-term pattern.

1INCH is an Ethereum token that powers 1inch, a decentralized exchange (DEX) that aims to offer the “best rates by discovering the most effective swapping routes across all leading DEXes.”

The token has been falling since reaching a high of $7.73 on Oct. 27. The same day, it created a very long upper wick, validating the resistance line of a descending parallel channel.

On Feb. 24, the price reached a low of $1.18 before bouncing. The bounce validated the support line of this same long-term channel. Since channels are considered corrective movements, an eventual breakout from it could occur.

The closest significant resistance is at $4.45. This is the 0.5 Fib retracement resistance level and the middle of this long-term channel.

Cryptocurrency trader @DonYakka stated that 1INCH is in the process of breaking out from a short-term wedge.

Since the tweet, the price has already broken out. The breakout was preceded by a very pronounced bullish divergence (green lines) in both the RSI and MACD.

In addition to this, the RSI has now moved above 50, a reading that is associated with bullish trends. A MACD cross into positive territory would further confirm that the trend is bullish.

The two-hour chart shows that 1INCH is still trading inside an ascending parallel channel. Once it manages to break out from it, the rate of increase is likely to accelerate.

The movement that is contained inside a descending channel, which has been going on since May 2021, resembles an A-B-C corrective structure (black). The fact that waves A:C have an exactly 1:1 ratio supports this possibility.

Furthermore, the ensuing short-term breakout does suggest that a new upward movement has begun.

If so, 1INCH would be expected to increase considerably and potentially move towards new highs.