XRP is quickly approaching its record of 1.7 million daily transactions. This is the most significant spike recorded for the cryptocurrency.

The rate of increase has been massive during the past 10 days. On October 21st, XRP was handling around 700,000 transactions per day. Five days later, on October 26, this number spiked to 1.65 million.

The reason for this spike might be the previously announced partnership between Ripple and MoneyGram, which will utilize XRP.

Additionally, the Swell conference, which is hosted by Ripple and is likely the most significant conference of the year, will be held next week, on November 7-9. The spike could have resulted in anticipation of the conference.

The positive new seems to be aligning with the technical outlook. The long-term outlook for XRP appears bullish and it seems as if the price has made a bottom.

Cryptocurrency trader @TheRealArkaiN stated that the XRP price has likely made a bottom and will increase to a minimum of $2.00.

Morning Doji Star on the monthly Chart for #XRP
It is one of the most powerful bottom signal – any short seller will be rekt if this pattern get confirmed.

Next stop is minimum $2

We will see tomorrow…

(The next candle has to open above the third one to be validated)#BTC pic.twitter.com/PZS3Mg22Dw

On the monthly chart, the user outlined a “Morning Doji Star pattern” — stating that this will be the likely bottom for the XRP price.

Let’s look at it closely and see if the analysis has any merit.

In the monthly time-frame, we can see that the XRP price has found support at $0.25. This is an extremely important support area. It acted as resistance throughout 2017 and as support afterward in July/August 2018.

During the past three months, the XRP price has created a morning star pattern.

It consists of a large bearish candlestick (July), followed by a doji (August), which indicates indecision. Afterward, the bullish candlestick of October suggests that bulls have taken over. An XRP price close above the opening price in July ($0.32) would confirm this pattern. 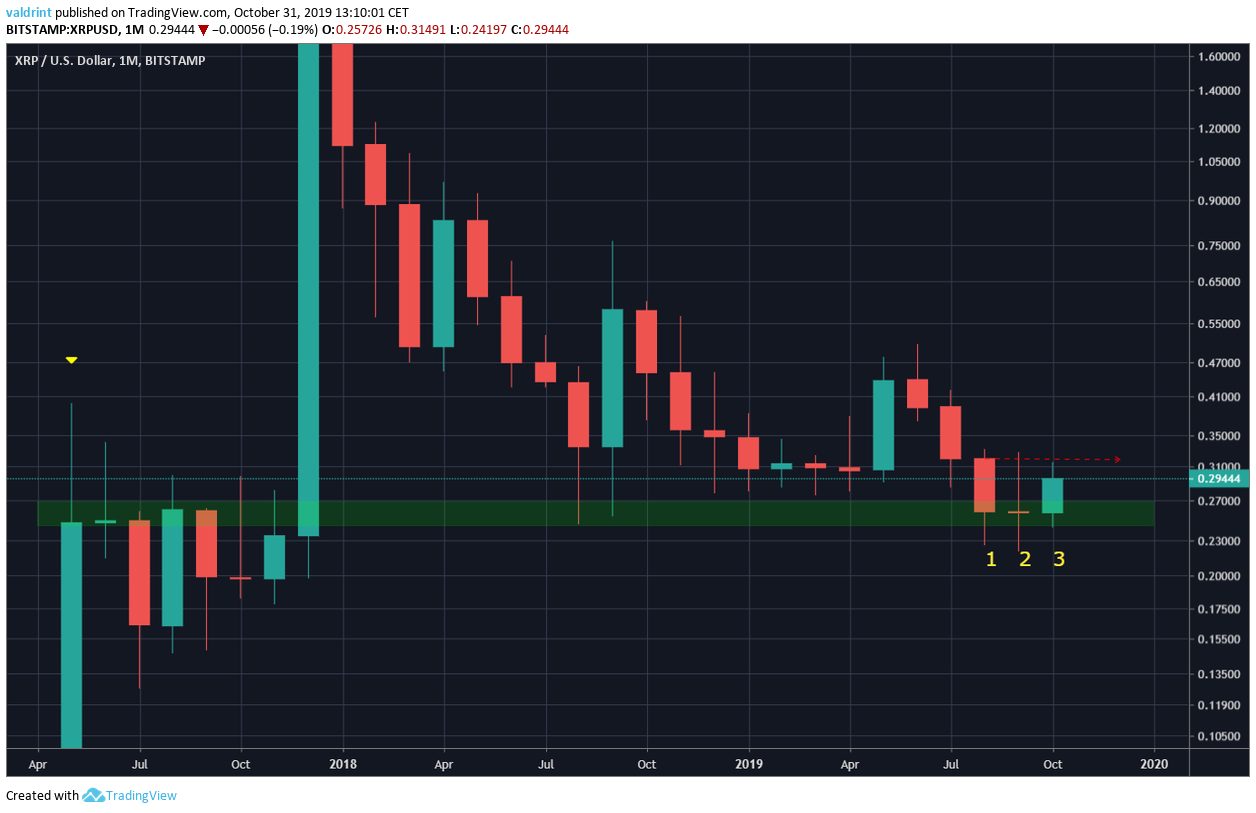 In the short-term, the XRP price has broken down below an ascending support line it was following since September 23. Afterward, it has come back to validate it as resistance. Additionally, this movement coincides with the minor resistance area at $0.315.

The bearish divergence developing in the RSI makes a breakout even more unlikely. 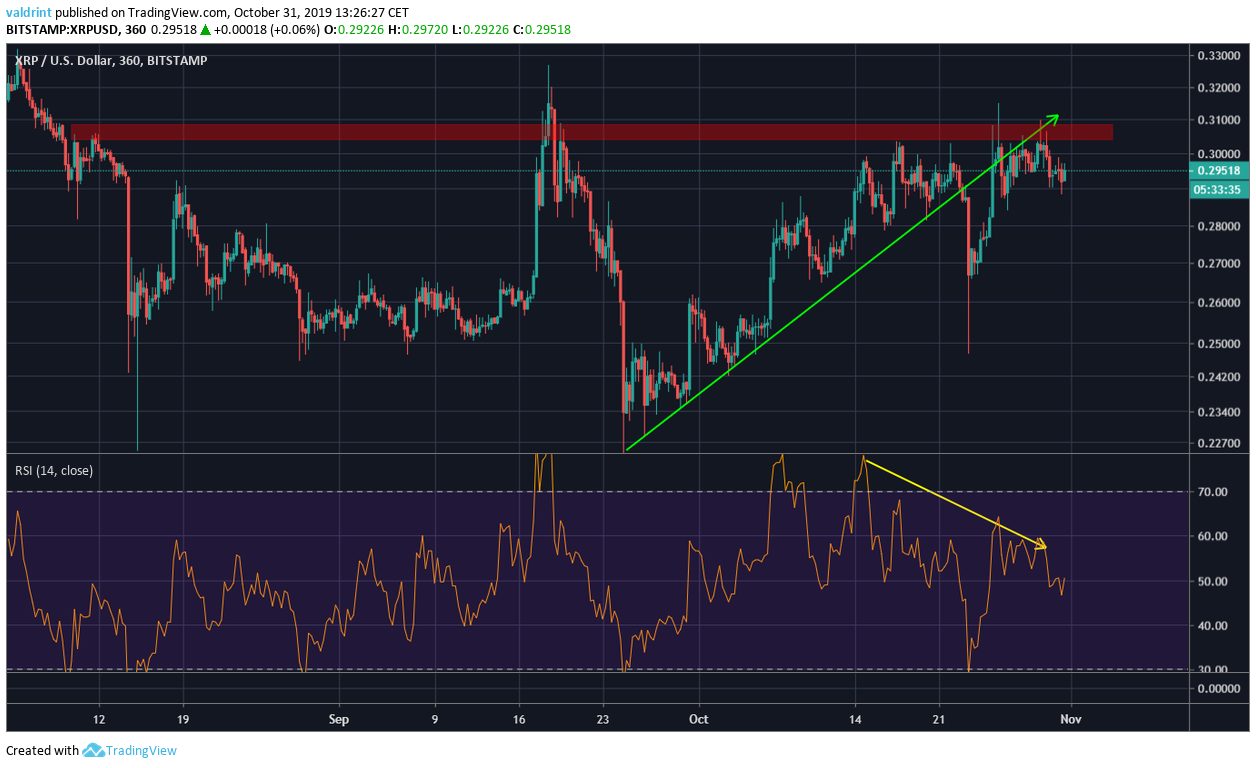 Therefore, while the long-term outlook for XRP looks bullish, a short-term decrease is possible.