Will XRP’s Partnership With MoneyGram Launch It to New Heights?

Today, MoneyGram released its Q3 earnings report, in which it praised its partnership with Ripple, the company behind XRP.

MoneyGram stated that it is the first money transfer company to utilize blockchain capabilities at scale through its strategic partnership with Ripple.

Additionally, the company continued its positive announcements — stating that these results reflect the ongoing transformation of the business, as it focuses on achieving cross-border digital growth, implementing customer experience improvements, and upgrading innovation through the existing partnership with Ripple.

Cryptocurrency trader @CryptoWelson stated that the XRP price action looks very bullish and we might soon see a breakout. The long-term technical outlook for XRP indeed looks bullish — since it has reached a significant support area and is gradually moving upward.

For the last year, It's been fairly stagnant and been in the accumulation phase. With so much news and partnerships, this thing is ready to launch. 📊

The FOMO will be something we've never seen before.

According to @CryptoWelson, the increase aided by a fear of missing out (FOMO) will be unprecedented.

Let’s take a closer look at the XRP price movement and determine how bullish it really is and what will occur in the future.

In the short-term, the XRP price has reached a resistance area found at $0.30. Once there, it has made a triple top, which is considered a bearish pattern.

Additionally, it seems to have broken down from an ascending support line and moved upward to validate it. This is a common movement after breakdowns, and often indicates that there is more downside in store. 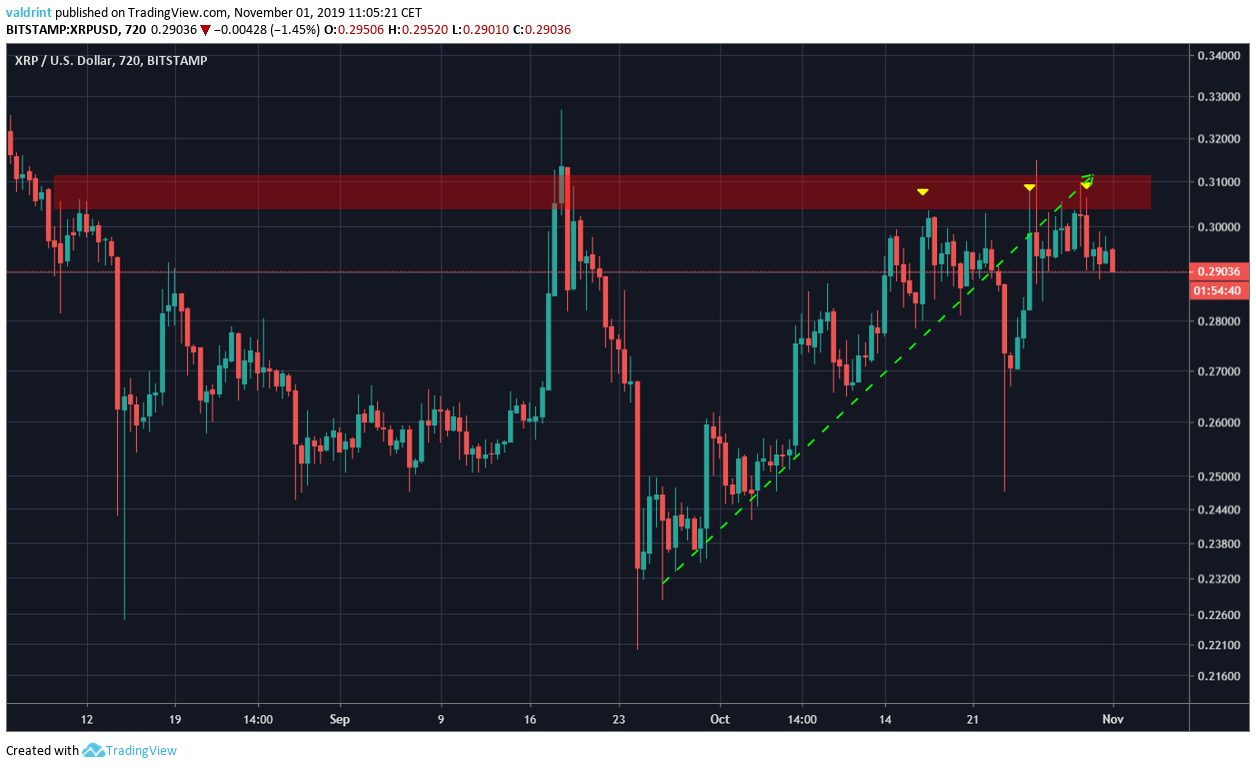 When looking at technical indicators, there is bearish divergence developing in both the RSI & the MACD — the latter of which has almost crossed negative. Therefore, the short/medium-term outlook seems bearish. 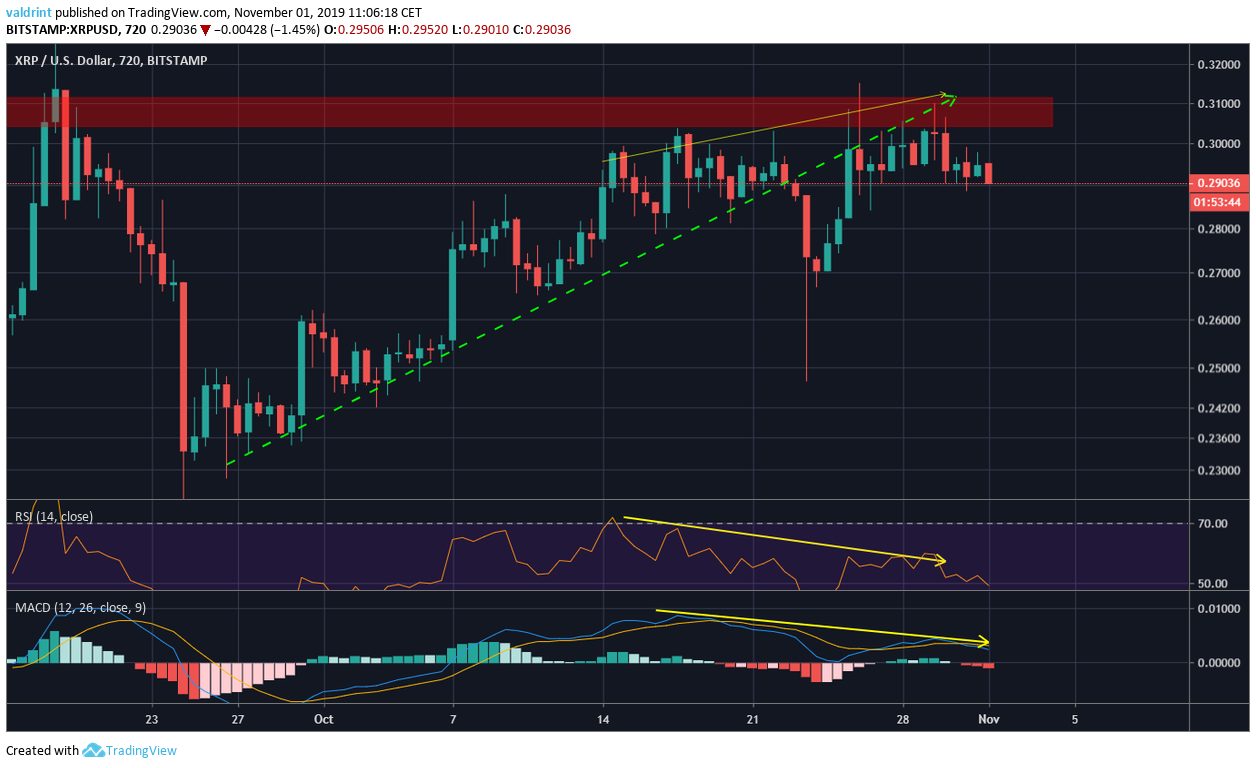 The long-term outlook for the XRP price, however, seems quite bullish.

The XRP price has reached the major support area at $0.24, where the December 2017 rally began. This has been combined with bullish divergence in the MACD, which has made a bullish cross. While this divergence is not present in the RSI, the long-term movement seems bullish, aided by the creation of another bullish pattern. 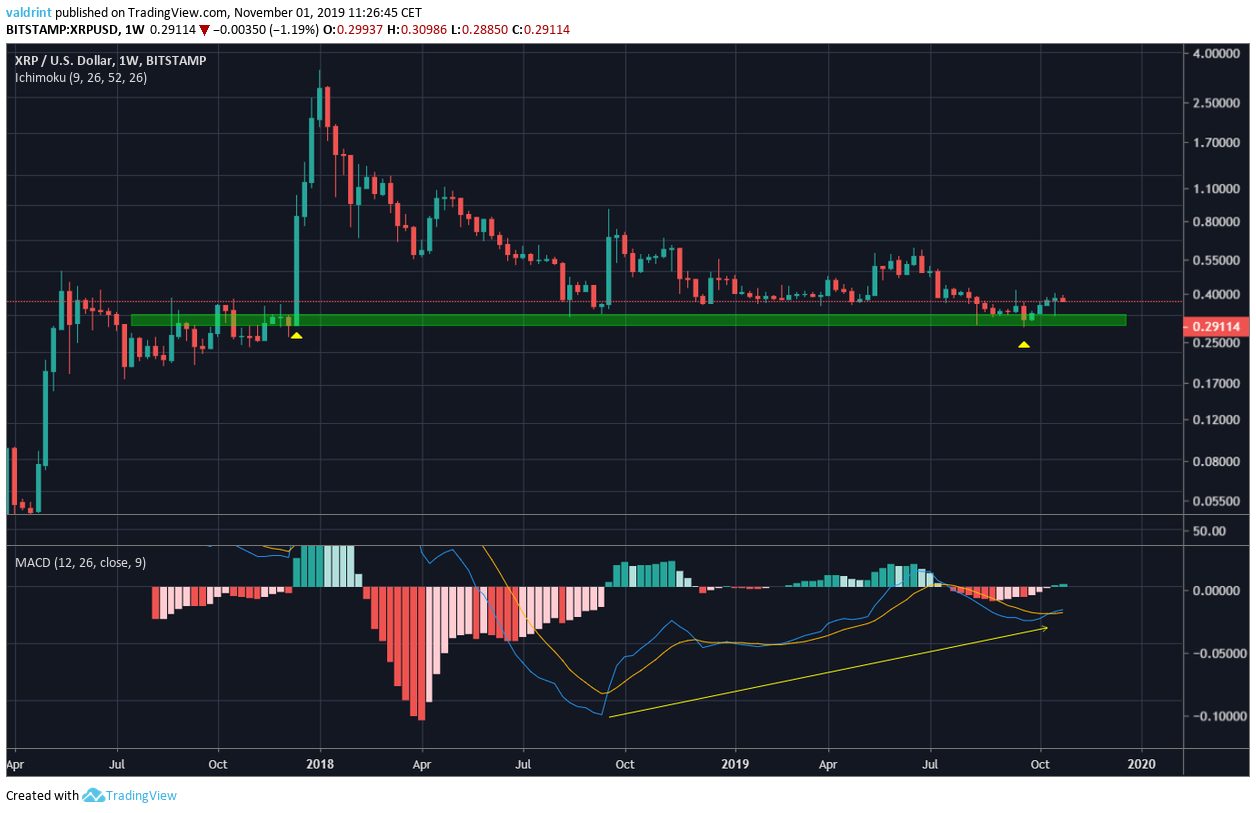