Which Altcoins Will Outperform Bitcoin in 2020? Nik Patel Makes His Picks

Most of the cryptocurrency market has been increasing throughout 2019. However, the rate of increase for BTC has outperformed that of altcoins, causing its market dominance rate to increase.

This has led to many people asking the question of when ‘altseason’ will begin and which coins will outperform Bitcoin?

Best-selling book author Nik Patel wrote an article on the five coins which he believes will do so, based on both fundamental and technical factors. In no particular order: KMD, NKN, FTM, DAG, and VIDT.

The coins are also outlined in the tweet below from Nik Patel (@cointradernik).

I've published a post detailing the 5 alts I expect to significantly outperform Bitcoin in 2020: https://t.co/2wEHmbXSkp

I've given an overview of fundamentals, price-histories and speculative prospects.

Let’s take a look at some of them and discuss their future potential.

The KMD price reached a low of 5330 satoshis in October 2019, breaking down below the support area of 6300 satoshis. However, the level could not be sustained and KMD increased above the support area within the next few weeks.

Whenever a strong support is broken and the breakdown is not sustained the movement usually has major bullish implications.

Furthermore, there is a yearlong bullish divergence developing in the MACD, combined with a bullish cross. The previous time a cross happened an increase of more than 100% followed.

This makes us believe that the price will begin to move upward. The 30,000 satoshi prediction in the article seems reasonable, amounting to a 300% increase on the current price. 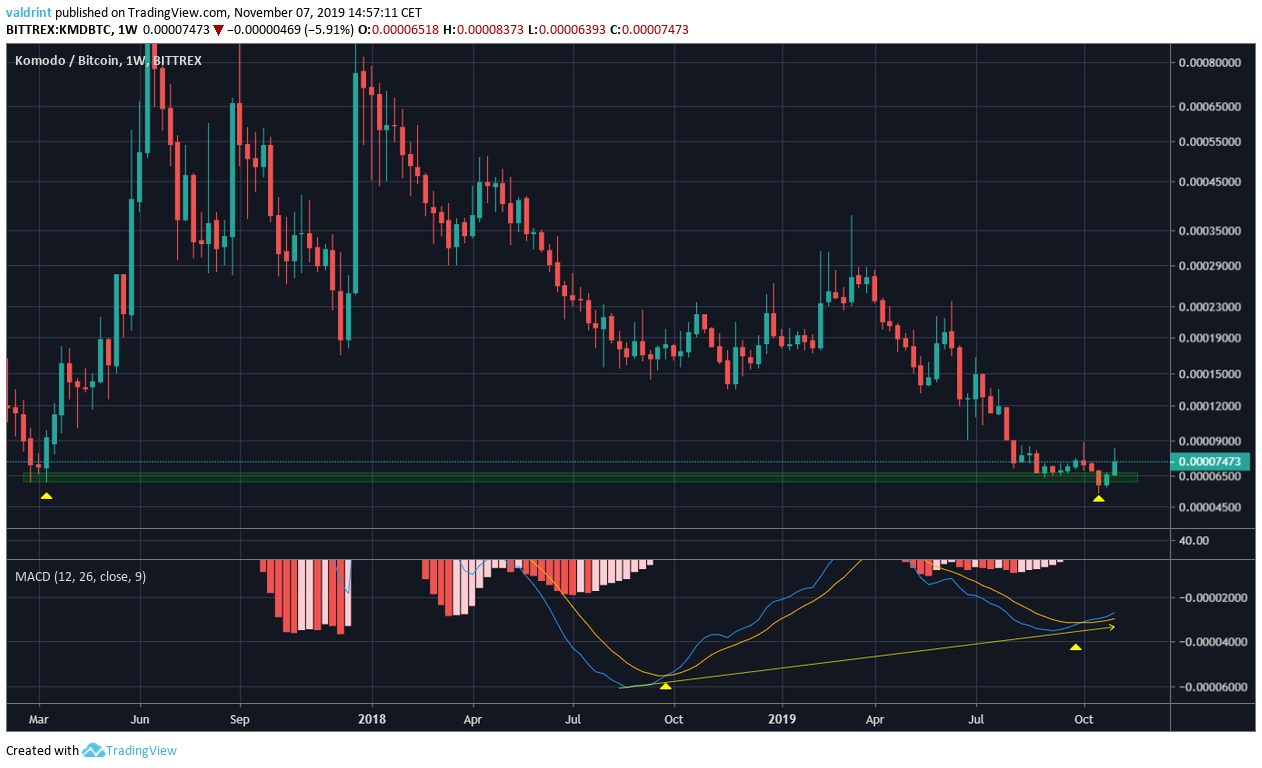 Since then, it has been decreasing, creating a trading range between the support and resistance areas at 260 and 350 satoshis, respectively. 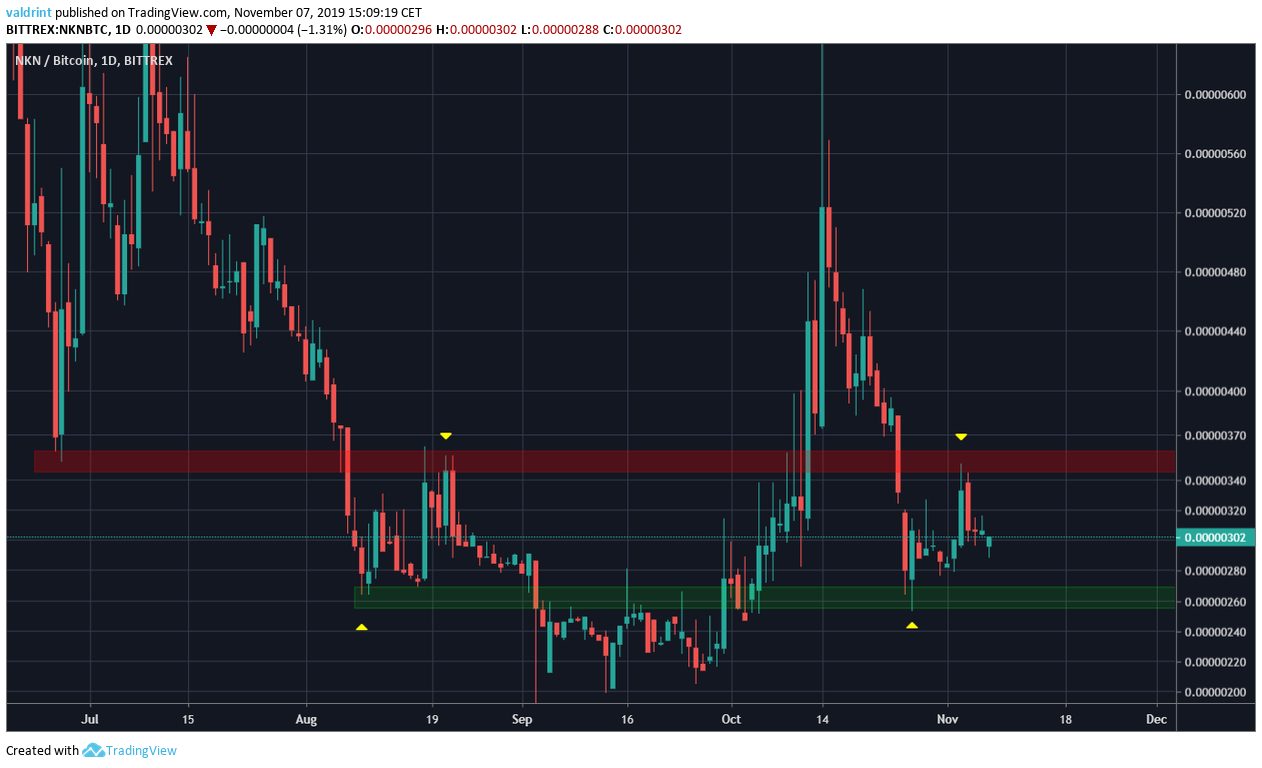 The article gives a prediction of 1500 satoshis for 2020. Using a fib retracement tool on the current correction, the 4.618 and final fib level aligns with this prediction.

Additionally, this is the high price reached on February 21, 2019. 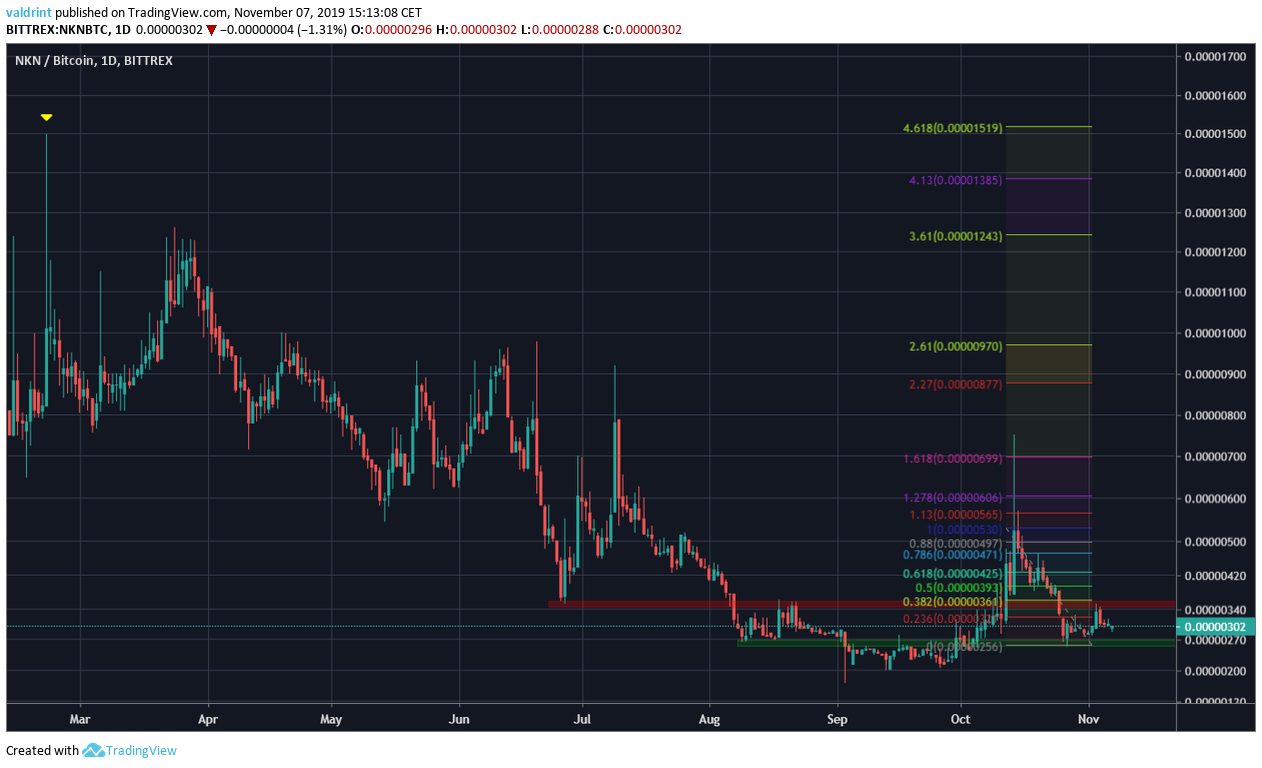 The FTM price has made a double bottom at 115 satoshis, which has been characterized by a long lower wick, indicating buying pressure.

Additionally, there is a strong bullish divergence in both the RSI and the MACD, which is more pronounced in the latter.

The article has a prediction of 600 satoshis for 2020, which is a roughly 450% increase from the current price.

Based on technical analysis alone, this seems to be the least possible out of the three coins analyzed. 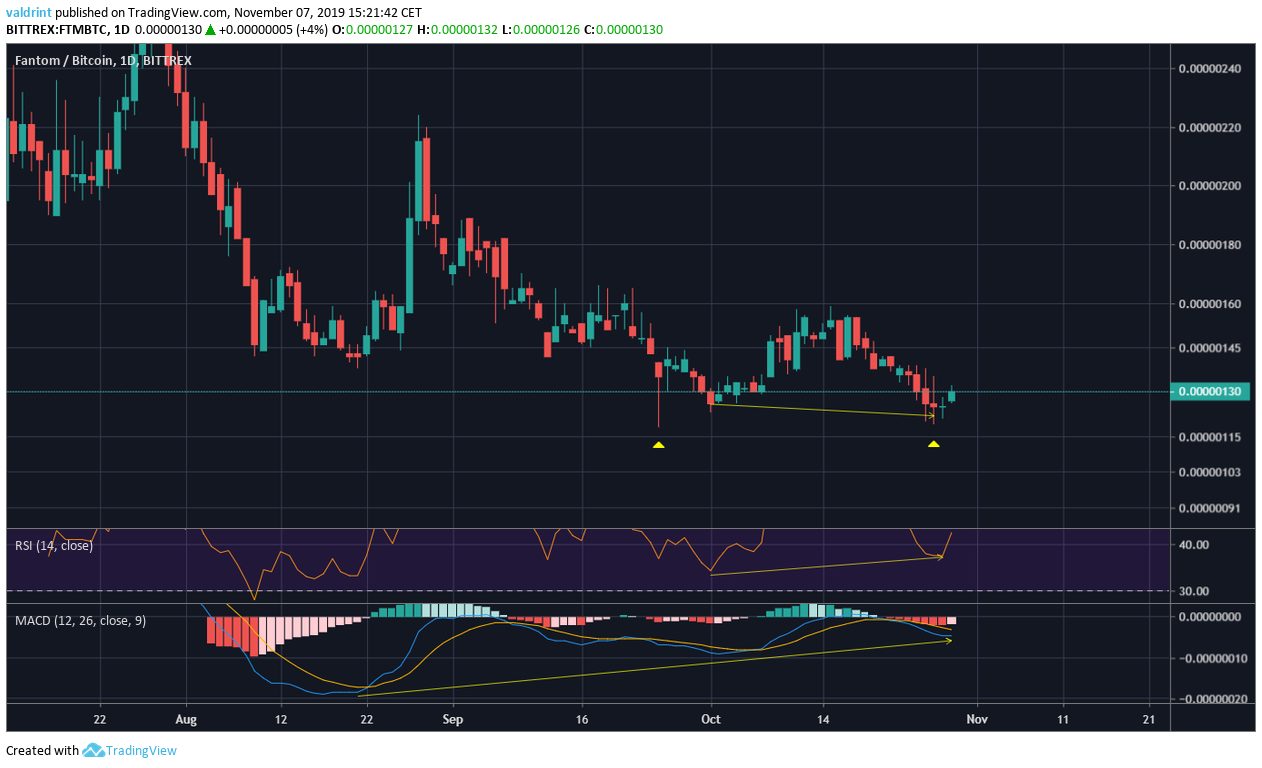 Whales are moving their funds again on the Bitcoin network. A whopping 47,452 BTC...