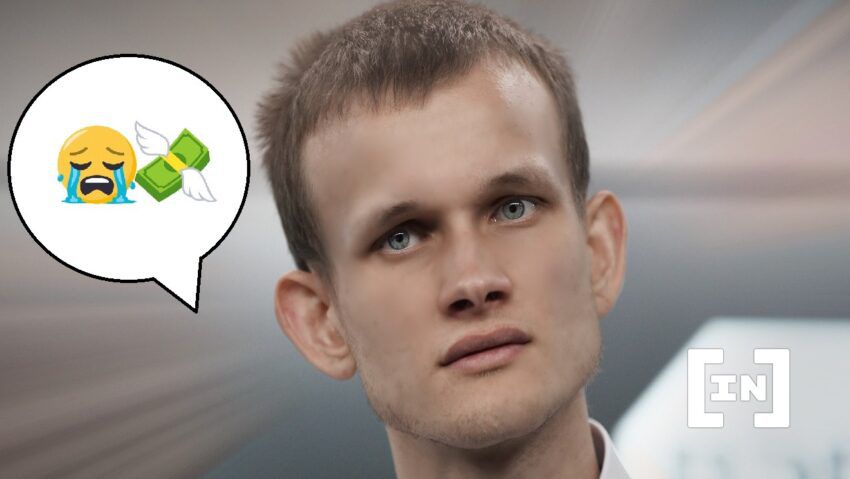 Vitalik Buterin, co-founder of Ethereum, announced that he is no longer a billionaire. The current bear market has reduced the value of its portfolio from around $ 1.4 billion to less than $600 million.

Buterin’s post was in response to a tweet in which he praised Elon Musk and Jeff Bezos for direct contact with their fans. In defense of two billionaires, the creator of Ethereum wrote:

What happened to “talking directly to the people” being a virtue? (btw I particularly appreciate that Elon and Jeff actually respond to people, and don’t just shout their own stuff).

So how do we know how much money Buterin still has? The advantage of blockchain tech is that it can be traced closely. Coinmarketcap has released a Vitalik Buterin wallet address where you can see exactly how many tokens the Ethereum creator has.

If this information is to be believed, there are currently 290,000 ETH in his wallet. At current prices, their value is slightly below $600 million.

How much was Buterin’s cryptocurrency worth at its peak?

ETH – like Bitcoin – hit a record high in November last year. The second-largest cryptocurrency fluctuated at around $4,900. If you multiply that number by 290,000, it quickly turns out that Buterin had a tody $1.4 billion at the time.

Presently, the founder has about 42% of its maximum value left. Let’s not worry about him just yet, he still has a wild personal fortune. But, he is no longer a member of the “three-comma club,” a term mentioned by the creator of Dogecoin.

Don’t panic everyone, I think he will be okay.


Got something to say about Vitalik Buterin and his wild personal fortune, or anything else? Write to us or join the discussion in our Telegram channel. You can also catch us on Tik Tok, Facebook, or Twitter.

Travelling, diving, cryptocurrencies, blockchain, mining. A supporter of the idea of decentralization. Up to date with the cryptocurrency market for about 3 years. Privately HODLer of BTC, ETH, LINK, BNB, DOT.