An army of Ripple (XRP

BUY NOW) bots who may act like real human beings from time to time is actively trying to grab your attention. Who is behind the notorious #XRPArmy and what do they want from you?

In the last several years, there have been multiple reports about massive bot ‘armies’ trying to get hold of the public’s collective mind. All of them were linked to Russian hackers influencing the outcome of the world’s major political events, from the American elections to the Brexit referendum.

If the armies’ main mission was to destabilize and polarize the masses into a never-ending cold war of hatred and despair, we can safely assume the goals were reached.

Recently, however, this bot manipulation scheme turned its attention to the more ‘mundane’ cryptocurrency market. This time, there are no Russians involved — or, at least, that’s what an independent researcher thinks. There is no world at stake, only the financial well-being of a small group controlling the third most capitalized cryptocurrency in the market. 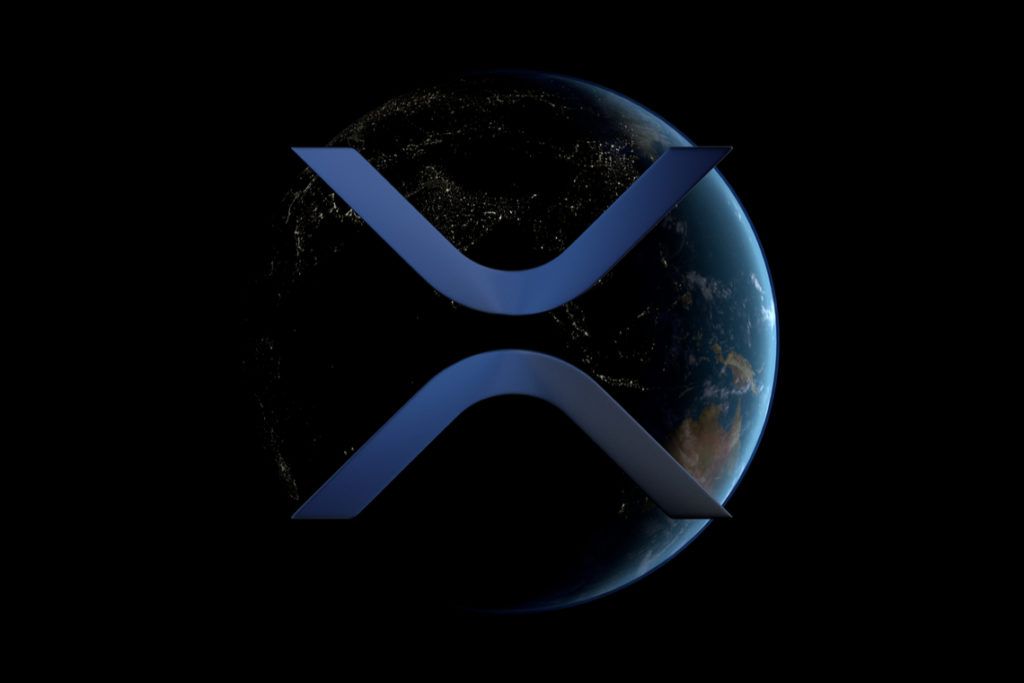 Behind #XRPArmy: Who (Or What) Are They?

According to researcher Geoff Golberg, behind Ripple — the ‘innovative’ digital payment system that will eventually replace the ‘obsolete’ SWIFT banking network — there is a massive marketing scheme with the sole goal of pumping the XRP price.

On Twitter, a massive group of alleged bots actively promotes this pump scheme. The group is commonly known as the ‘XRP Army.’

Golberg has been studying the Ripple case for well over a year and gathering extensive data on the ‘organization.’ Like a real army, there are only a few ‘generals’ that control XRP soldiers. The whole #XRPArmy universe revolves around those generals.

On the other hand, the soldiers are very vocal and quite aggressive in their approach. They inflate the followers’ number and do everything they can to protect the scheme. The majority of soldiers has XRP written either in their username or in their bio. In fact, the usernames used for login follow a very interesting pattern: a common first name, followed by a random sequence of eight numbers.

Golberg argues in a TrustNodes interview that the pattern is a result of an automation software designed to create as many Twitter accounts as possible. Moreover, whenever Twitter is on a bot deletion spree, the ‘generals’ can lose hundreds if not thousands of followers in a very short period of time.

What Does The XRP Army Want?

The main objective of the #XRPArmy is pretty straight-forward: to inflate the XRP price by artificially inflating the Ripple community.

Since most of the novice cryptocurrency investors look for advice on social media — Twitter and Reddit, mostly — they can be easily deceived when they see so many users analyzing and ‘shilling’ Ripple. Since most of the Internet today is based on filter bubbles, a never-ending loop state of isolation where your subsequent searches are directly linked with your previous searches, once a user enters the XRP universe, that user will be forever bombarded with XRP shills.

A good example of such shills is this ‘fine’ analysis by a member of the #XRPArmy.

Well I finally did it. Wrote out my exit plan. My XRP exit points:

XRP purchased after today will be held in 10 year escrow

Worth considering is the fact that the current XRP price is $0.31. The all-time high was reached during the January 2018 hype when Ripple was valued at over $3.

Reaching the first exit point at $10 would mean Ripple has to reach a total capitalization of around $400 billion, almost three times today’s cryptocurrency overall market cap.

‘XRPeuphoria’ is just one user among thousands, if not tens of thousands, of XRP ‘shillers.’

According to Golberg, Ripple Global Operations & Partnership Officer Emi Yoshikawa (@emy_wng) could be an essential member of the high-tier XRP Army — based on the Twitter followers ‘power poles.’ 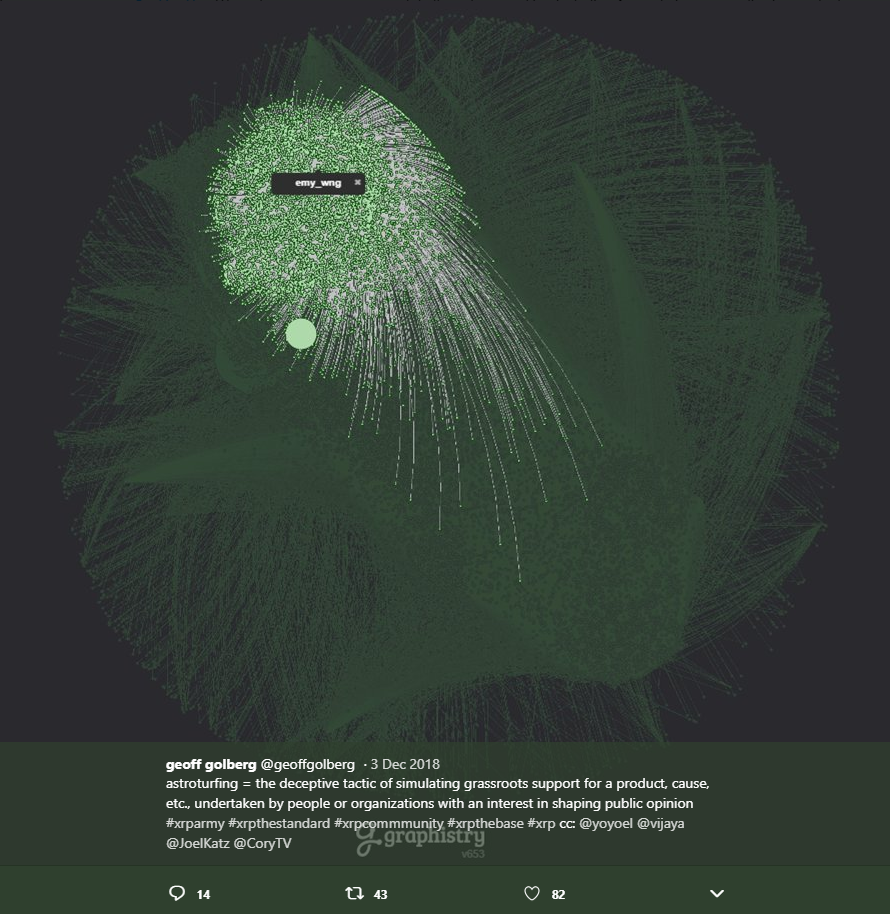 Taking into consideration most of the XRP coins — almost 60 billion — are owned by a very small group of people (Ripple, Ripple Labs & friends), one could assume the Ripple company is, in fact, trying to pump its main asset, only to sell it when the time is right.

It’s unclear, though, whether soldiers like ‘XRPeuphoria’ are just pawns on Ripple’s chess board or something more, but one thing is for sure: all cryptocurrency novices falling into the #XRPArmy trap will eventually be the biggest losers if the scheme keeps gathering steam.

What do you think? Does a massive bot-like army shill Ripple on Twitter? Is the infamous #XRPArmy for real? Share your thoughts in the comment section below!