How much something is discussed on social media is a decent, if a little general, way of determining the level of interest the global public has in a given subject. Knowing this, recent data suggests Ethereum is falling out of favor, at least with Twitter users.

The following graph charts Twitter posts relating to the smart contract network over time. It was posted to the social network by user @WelsonTrader earlier today. 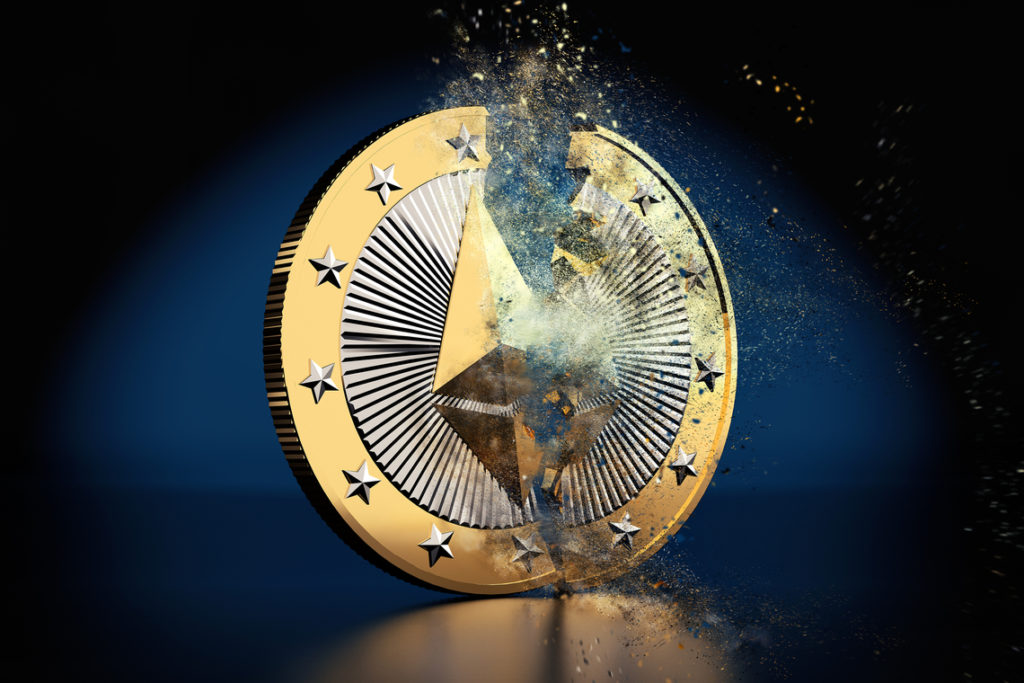 A Dwindling Interest in Ethereum?

As you can see, general interest in Ethereum on the social media platform has been steadily decreasing since the number of users posting about the network reached an all-time high in July of 2018.

Ethereum is experiencing its lowest tweet volume (30 day average) since at least December 2017.

Conventional wisdom might find this curious. After all, the price topped out at over $1,400 per ETH in January 2018 and the highest level of Twitter activity relating to the smart contract network came that July, with around 16,000 Tweets regarding Ethereum per day. The average currently stands at just 6,000 Ethereum Tweets per day.

Although the US dollar price of Ether tokens has gone up during 2019, like that of most cryptocurrencies, Ether has been losing ground relative to Bitcoin. In the following chart, you can see how Ether has fared versus Bitcoin over the period used for the Twitter post data above. 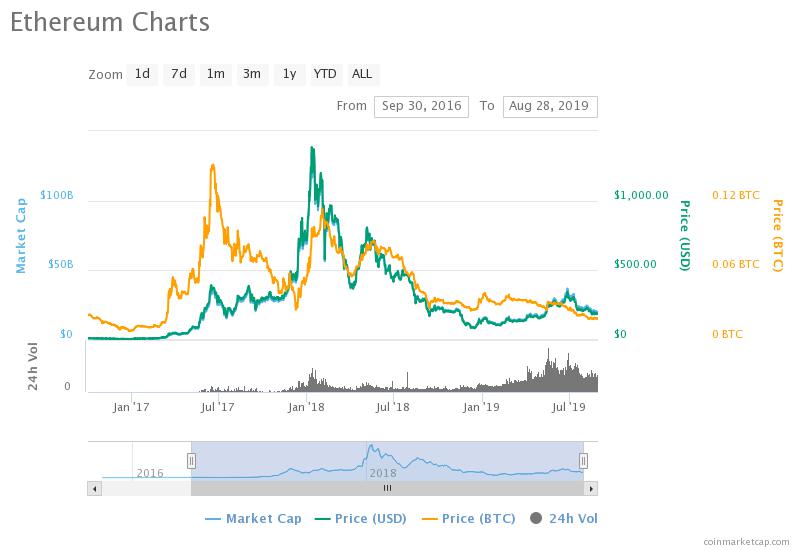 Will Interest in Ethereum Continue to Fall?

As you can see, during the early part of the bear market, it seems there was still optimism for Ethereum. The brief bounce in prices at the beginning of summer 2018 may have caused the spike in Twitter posts relating to the smart contract network.

The number of Ethereum tweeters starts to slide following the July 2018 all-time high of engagement levels. After gradually trending down since autumn 2018, with occasional bursts of renewed Twitter interest, the number of people tweeting about Ethereum has recently dropped considerably.

Therefore, it seems that the days where Enterprise Ethereum Alliance announcements and ICO mania ensured consistent interest in Ethereum are long gone. With developers making slow progress towards planned network upgrades and little news of the kind of world-changing decentralized applications that drew many to invest in the network throughout 2017, how much lower will interest in Ethereum fall?

Why do you think Twitter users have lost interest in Ethereum? We’d love to hear your thoughts in the comments below.

Is Bitcoin Capitulating to Below $8000?