On Wednesday, Bloomberg reporter William Turton tweeted while at the Billington Cybersecurity Summit that the ‘NSA is working to build quantum-resistant crypto.’ What resulted was a flurry of fake news nobody could have ever imagined.

The cryptocurrency space is notorious sometimes for hyping up ambiguous or outright untrue stories. Just the other day, you might remember reading about how Burger King was allegedly accepting Bitcoin ‘for the first time.’ However, what transpired over the past two days has been nothing short of stunning. 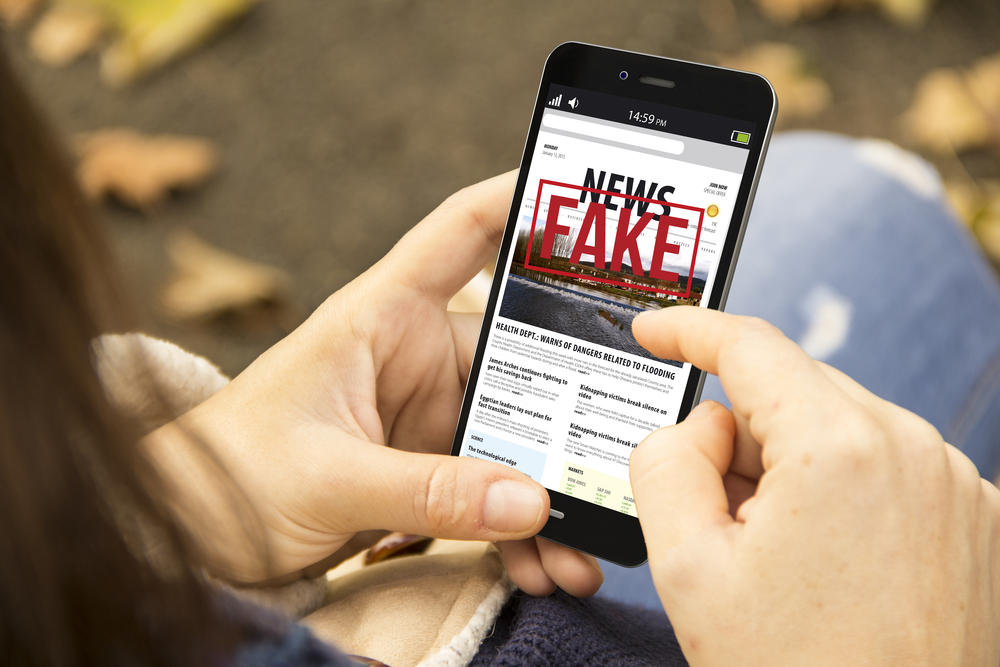 Once you've gone through the rabbit hole of Bitcoin fundamentals and how Blockchain works you may be convinced to step... More Agency (NSA) “will propose hardware and software standards again.” Yet, the real kicker was at the end, which sent the entire cryptocurrency media sphere alight: “[the] agency is working to build quantum-resistant crypto.”

That was all the crypto-sphere needed to run dozens of stories. Yet, it gets even worse because the original source for the buzz altogether was a Forbes article which mistakenly saw ‘NSA’ as ‘NASA.’ From just reading that single sentence, the Forbes contributor was able to concoct an entire fake news narrative — and so, the headline was born: “NASA To Develop a Quantum Resistant Cryptocurrency.”

The article has since been deleted but luckily William Turton himself caught a screenshot. 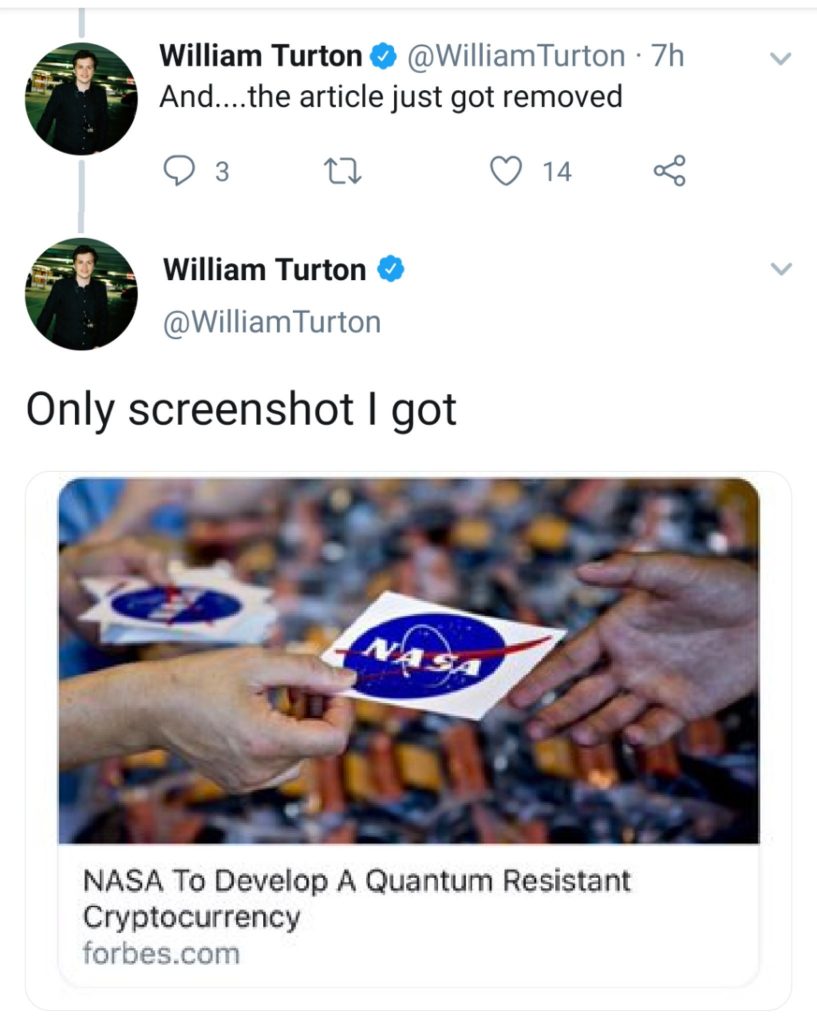 From there, the entire crypto-media got caught up in a flurry of sensationalism. Cointelegraph, Cryptonomist, Finance Magnates, CCN, ZeroHedge, and others picked up on the story near-instantly. Some reported that it was the NSA, others reported that it was NASA. Still, others didn’t even care whether it was true or not. Others, like CoinDesk, remained more skeptical highlighting that ‘crypto’ could likely mean ‘cryptography’ and not ‘cryptocurrency.’

I have never seen such an amazing example of how absolutely insane cryptocurrency media is than the fact that MULTIPLE outlets have written articles based solely on misunderstanding @WilliamTurton referencing NSA cryptography in a single tweet. pic.twitter.com/eQlWlckYts

There Is No Quantum-Resistant Cryptocurrency

As CNN reporter Kevin Collier writes, it definitely seems as though media outlets just slammed some buzzwords together like ‘quantum’ and ‘cryptocurrency’ because it sounded ‘futuristic.’

I definitely don't claim to be an expert on cryptocurrency or quantum computing but I think those are just two words slammed together in a way that excites people when they hear two futuristic words they don't understand slammed together.

The key takeaways from this dumpster fire are twofold. Firstly, don’t believe half of what you read online, especially in the cryptocurrency space. Secondly, ‘crypto’ can also mean ‘cryptography,’ especially considering cryptography is such an important component of blockchains and cryptocurrencies.

Do you have any thoughts on this bizarre story? Let us know your thoughts in the comments down below.