There Is Now Less Than Half a Bitcoin for Each Millionaire

The number of millionaires has risen by 1.1 million in 2018, bringing the total amount to 46.8 million. That’s more than twice the number of Bitcoins that can ever be mined.

According to Credit Suisse Group AG’s latest global wealth report, 1.1 million new millionaires were made last year alone. This brings the total number of millionaires in the world to 46.8 million — with $158.3 trillion in net assets.

The United States contributed the most to that list, with 675,000 new millionaires.

Gabor Gurbacs, the digital asset strategist and director at VanEck, pointed out that, when a high percentage of the population suddenly become millionaires, it is a sign that money is “on a solid path of devaluation.”

When a very high percentage of the population suddenly become “millionaires” it’s a sign that the money wealth measured in is on a solid path of devaluation.

With the current trend, the number of millionaires would grow to almost 63 million by 2024. An infinite supply of money and the ticking timebomb of $246.5 trillion in global debt have made all of this possible. The U.S. Federal Reserve has been printing money like there is no tomorrow. Since September, the Fed has injected more than $210 Billion into the economy.

This unsustainable model of printing more money has led to the creation of more millionaires. However, the market always corrects.

A massive currency devaluation could wipe out the confidence in monetary policies and bring back the gold standard. As investors flock to alternate asset classes, Bitcoin

BUY NOW is one of the most attractive — as it is provably finite and not controlled by any country. 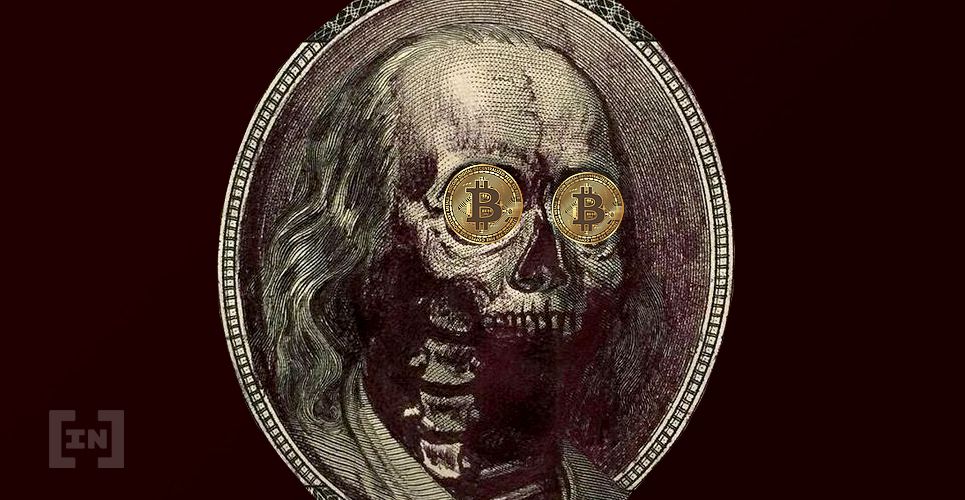 Not Enough Bitcoins to Go Around

However, there are not enough Bitcoins for everyone out there. With a cap of 21 million coins, Bitcoin miners recently mined the 18 millionth coin. The increasing number of millionaires cannot all own a single Bitcoin. In fact, if the total supply of Bitcoins had to be split between millionaires, they’d get less than 0.4 BTC each — and that isn’t even taking into account the number of bitcoins that have already been permanently lost or destroyed.

What do you think about the ratio of bitcoins to millionaires? Let us know your thoughts in the comments below.

Tezos and Cardano Ranked Top of the Class in Technology by Weiss
#Blockchain News 1 month ago
Up Next
How Would Bitcoin Fare in a 'Growth Recession?'
Bitcoin News 7 months ago
Related News

News 17 hours ago
No Result
View All Result