By Rahul Nambiampurath
11 January 2020, 19:10 GMT+0000
Updated by Max Moeller
11 January 2020, 19:10 GMT+0000
Segregated Witness (SegWit) transactions on the Bitcoin network kicked off the new year by hitting an all-time high, accounting for 62% of all network transactions. Following its introduction in 2017, SegWit has steadily been increasing in terms of adoption, showing a dramatic increase in early 2018 and late 2019.
Segregated Witness (SegWit) adoption has reached an all-time high of 62.1% on the network. According to the Segwit.space platform, the all-time high occurred on Jan 1. Since then, transactions have slightly retraced back to 55.1% at time of publishing.

SegWit plays a key part in the integration of the Lightning Network second-layer scaling solution. The upgrade has been at the core of multiple debates on what the vision for Bitcoin should be in the future. Despite this, it has, for the most part, gone on to receive support from the community and major entities.

In December 2019, the margin trading platform, BitMEX, enabled SegWit compatibility, contributing to a major boost in adoption. Binance, one of the world’s most popular exchanges, is also looking to add compatibility, according to Chief Executive Officer (CEO) Changpeng Zhao, who said so in an AMA last year,

“SegWit is on the road map, but it’s kind of a lower priority because Bitcoin transactions do work right now, especially with Lightning Network, which have taken the load of Bitcoin main network. We want to strive to have the safest deposits and withdrawals, so [SegWit] is not a super high priority for us we have got so much stuff that’s going on.” 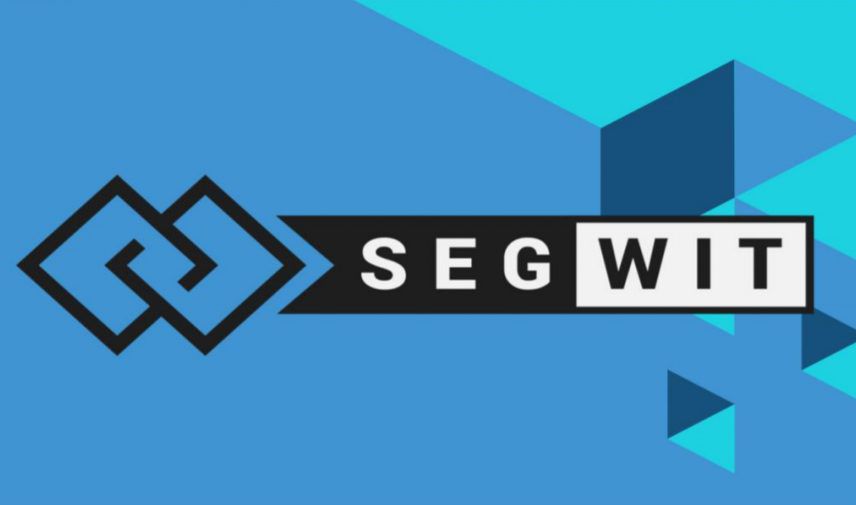 While it may not be a priority for the exchange, the addition of SegWit would certainly boost adoption at a pace that could be the strongest yet. Poloniex, which now counts TRON CEO Justin Sun as an investor, is also expected to add SegWit support in 2020.

For a Bitcoin Future

The SegWit upgrade was introduced in 2017 and increased the size of blocks, allowing for more transactions to be added to the blockchain. At the time of its development and launch, several prominent figures discussed how transaction performance could be improved. Roger Ver, who called SegWit a ‘disaster,’ prefers the approach of the token he now supports, Bitcoin Cash (BCH), which utilizes larger block sizes. Regardless, SegWit is seen as a gateway to better performance while development on the Lightning Network continues.