Sports teams on the professional and collegiate level have been paying close attention to cryptocurrencies. Now, many are venturing into Bitcoin

Behind-the-scenes, sports teams are opting for cryptocurrencies more and more for payments, salaries, collectibles, and giveaways. This year alone, there have been many highly-publicized sponsorships which could bring the cryptocurrency market to an entirely new audience. 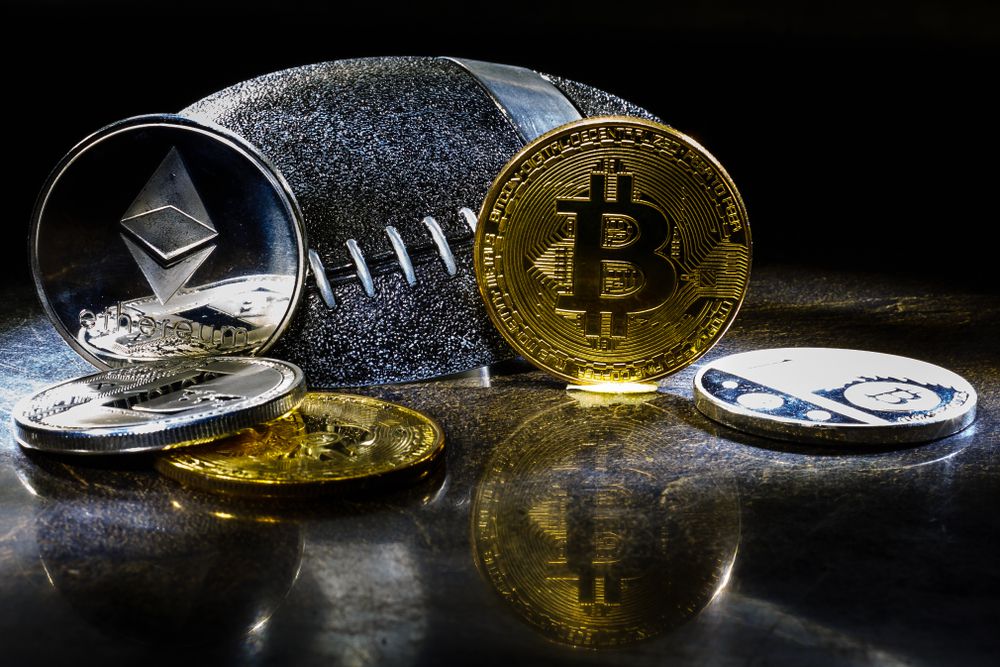 The Cincinnati Bengals recently announced that one of its players asked to be paid in Bitcoin. The Buffalo Bills’ backup quarterback Matt Barkley, formerly on the Bengals, revealed it was him in an interview with Anthony Popliano in May. However, he’s not the only one—many professional athletes are looking at Bitcoin more closely, some even asking for salaries in cryptocurrencies.

Take Russell Okung of the Los Angeles Chargers, for example. In May, he tweeted “Pay me in Bitcoin” to the surprise of his teammates.

Although many teams, like the FC Cincinnati, say that they have no plans to incorporate any cryptocurrencies in their payment structure, some teams are embracing it. The Dallas Mavericks, for example, will soon start accepting cryptocurrencies to pay for season tickets. Similarly, the Maimi Dolphins recently announced that Litecoin

BUY NOW will be the team’s ‘official cryptocurrency.’

Believe it or not, the Sacramento Kings even mined cryptocurrency for charity at the Golden 1 Center as part of its MiningForGood program. The team has reportedly been interested in cryptocurrencies since at least 2014, but has really picked up its efforts in the past year.

The list goes on. Georgia Tech began accepting Bitcoin in 2014 for concessions; the collegiate team Victoria Harbourcats accepts Bitcoin for tickets; and recently, the Cleveland Cavaliers partnered with UnitedCoin. Then there was the Los Angeles Dodgers who issued Ethereum

The connections between sport and cryptocurrencies cover many different areas, from American football to basketball. Just a few days ago, StormGain announced an endorsement deal with English Premier League club Newcastle United FC. The StormGain logo will be featured prominently on players’ sleeves, another massive step for crypto-visibility.

The number of promotional events between cryptocurrencies and sports just keeps on rolling, with many being announced just in 2019 alone.

Why the Sudden Hype?

The reason for the recent surge in cryptocurrency interest among sports teams is due to various factors. First of all, it makes transactions easier in many cases. As University of Cincinnati Assistant Professor of Sport Administration Jason Simmons, Ph.D. tells Cincinnati Public Radio:

“Cryptocurrency purchases and payments allow us to cut down on the time of transactions… It allows people to not bring their wallets to the game and it cuts down on some problems with cash transactions.”

Cryptocurrencies also position sports teams as on the cutting edge of technology, making them stand out among the rest. Moreover, players are asking to be paid in cryptocurrencies because simply put, they believe in it as a long-term investment. Russell Okung has especially been pushing the envelope on this, being one of the most visible Bitcoin bulls in sports.

Given that only 4% of the American public believe cryptocurrencies to be a suitable long-term investment, visibility in sports is always a plus. In a few years’ time, cryptocurrencies just may become commonplace in the world of sports.

Do you believe that cryptocurrencies and sports are a suitable match for one another for promotional purposes? Let us know your thoughts below in the comments