BUY NOW (ADA) has performed admirably in solving safety and liveness issues, doing so in a much better fashion than Ethereum

Nevertheless, the foundation was recently entangled in a controversy, when a debit card was announced, called “Cardano Gold”. It allegedly offers the best conversion rates, supporting BTC, ETH, LTC, XRP

The Cardano foundation, however, stated that the card is not associated with them, and their use of the Cardano trademark is illegal.

#Cardano Gold is not associated with us in any way. It is infringing on our trademark and violating our registered TM. Cardano Gold’s use of our trademark is illegal and we urge you to beware of this #scam.

The ADA price along with BCH has been trading in a range for a significant period of time. According to our analysis, BCH will be the first one to break out.

Crypto trader @ColdBloodShill stated in a tweet that out of all the major altcoins, BCH and ADA have had the longest time in which they have traded in a range.

The other major coins in the comparison are LTC, EOS, TRX, and XRP. LTC and EOS have been trading sideways for 88 and 60 days, respectively, while TRX and XRP broke their range after 58 and 38 days.

Let’s take a closer look at BCH and ADA and see who will be the first one to break out. 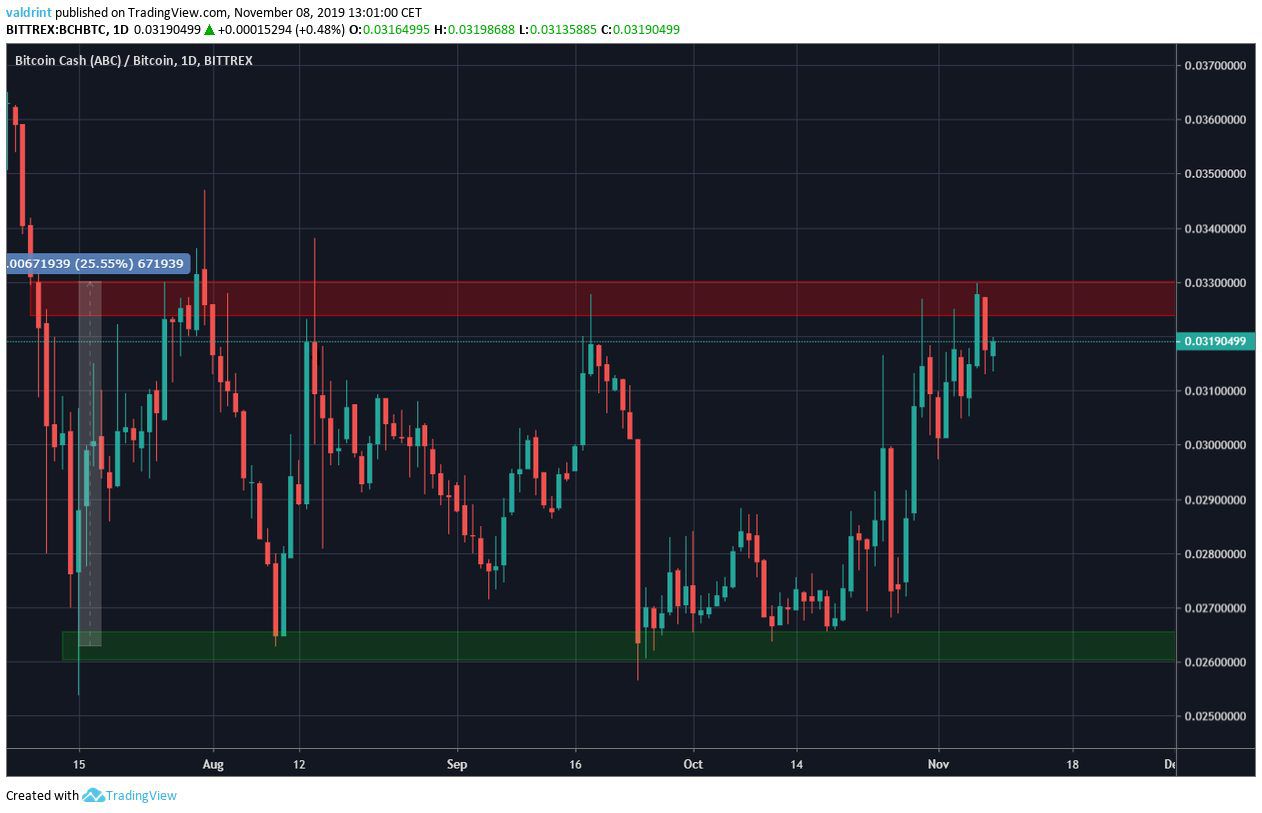 Looking at the longer-term time-frame, we can see that the support and resistance areas both coincide with previous significant areas.

Additionally, the movement inside the current range has been combined with a very significant bullish divergence in the RSI and a bullish cross in the MACD.

This makes us think that BCH will soon break out from the current range and heads toward ₿0.04. This belief is strengthened by the creation of last week’s bullish engulfing candlestick. 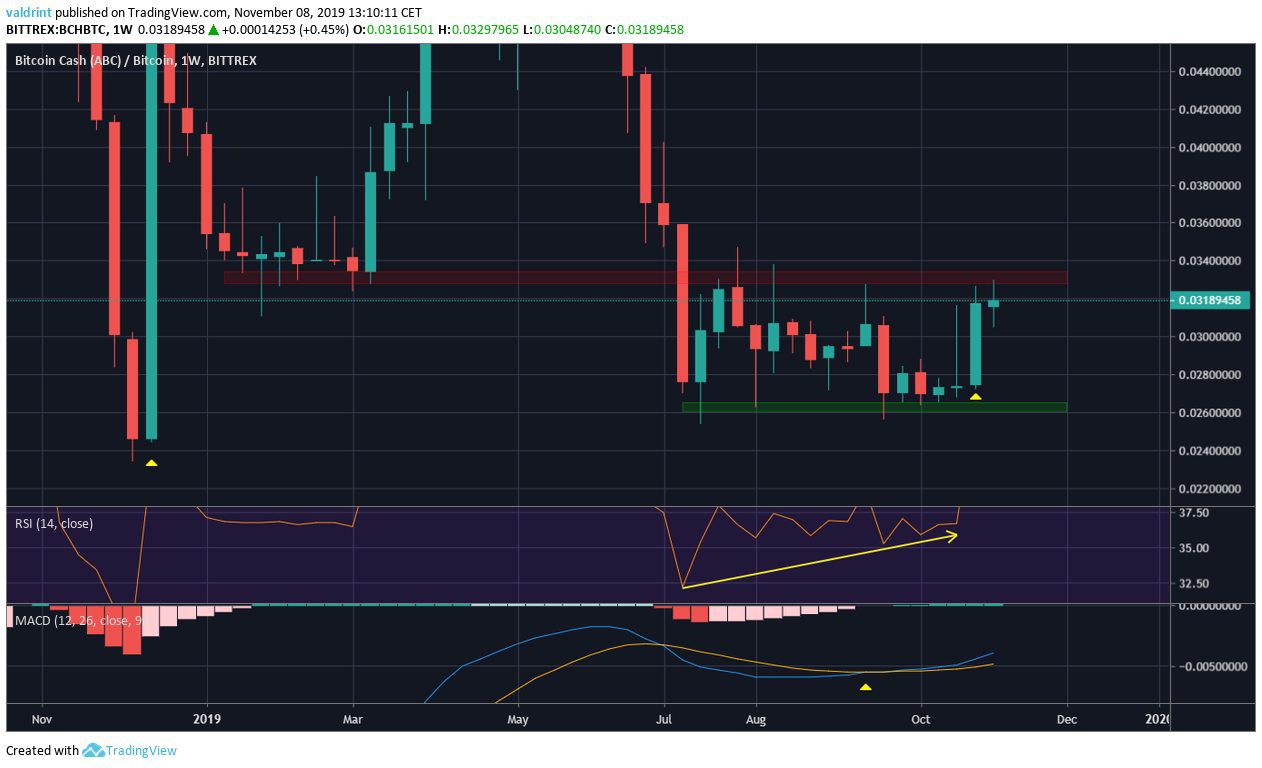 ADA has been trading inside a range for a shorter time than BCH, more specifically 90 days. However, the price movement has been more volatile, since ADA has been moving in a range of 32%. 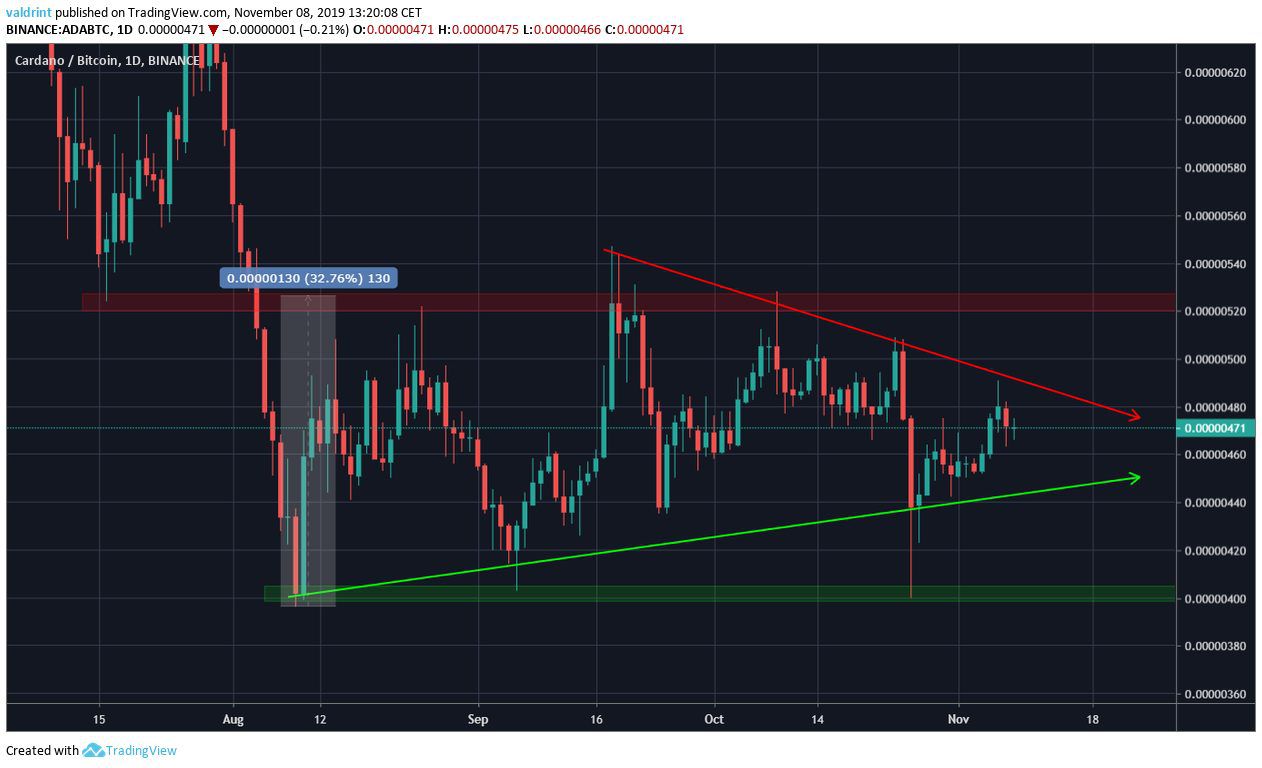 First, the support range comes at an all-time low, instead of at a significant level as in BCH.

Second, there is no bullish divergence in the RSI. Instead, the RSI has made a double bottom in oversold levels. A bullish cross in the MACD followed shortly after.

While ADA also looks like it will move upwards, it could continue trading inside the current range for several weeks. 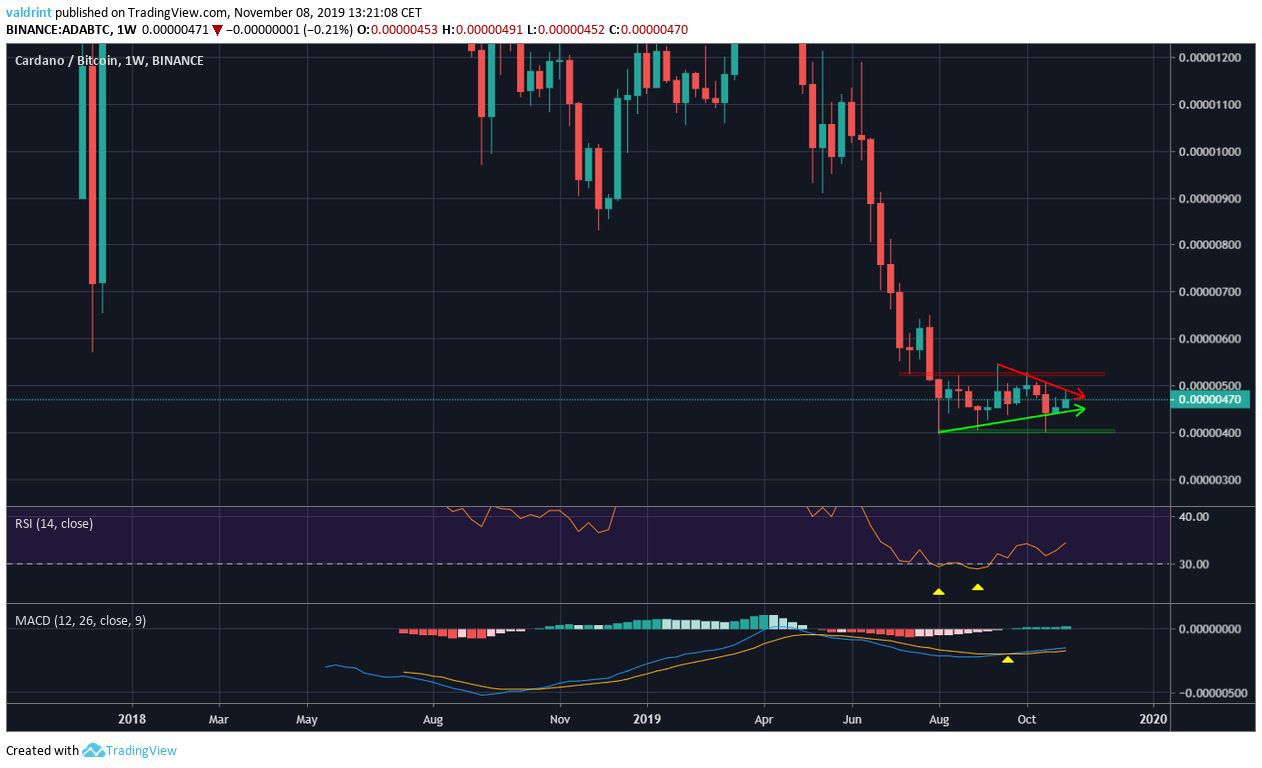