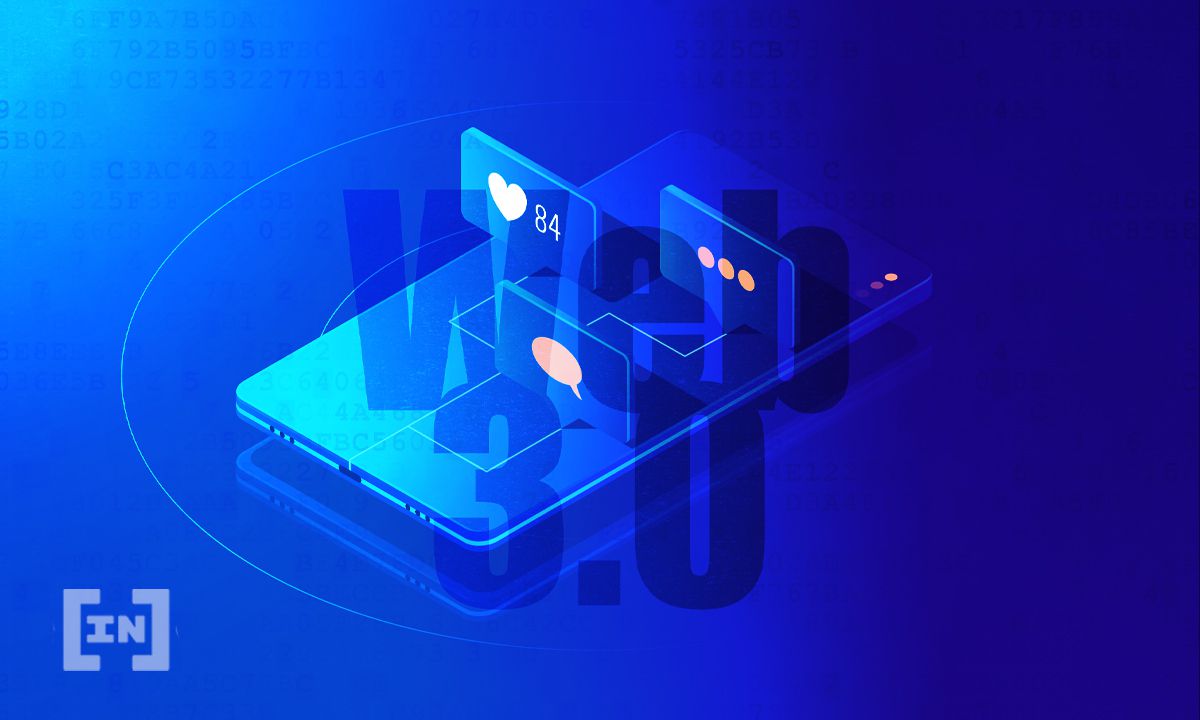 Most people involved in building Web 3.0 did not start their work in a classroom. As the crypto community grows, encouraging onboarding and inclusion has become of central importance.

When people think of cryptocurrencies, they immediately imagine coders sitting in basements, possibly surrounded by whirring miners. While perhaps once accurate, this image has long been superseded by thriving communities with a variety of backgrounds.

DeFi, NFTs, and DAOs are proving that the world of crypto will be all-encompassing. They are removing old structures and building new decentralized societies. As such, those who make up all kinds of societies are needed.

However, a big pitfall in the overall space at the moment is the lack of legacy structures from which to grow and build the next generation. Many crypto projects were bootstrapped by those who saw crypto’s potential. However, this isn’t a process that can support longevity and scale with only a few participants.

Without much support from universities or institutions, those already in the space are picking up the baton.

Conferences are huge in the world of crypto. It’s at these gatherings that the disparate, decentralized metaverse comes together to discuss what they’re building.

This makes them the perfect place for newbies to dive into the crypto space. However, understandably the costs associated can get quite high and out of most people’s reach.

Recently, one community member saw this issue and decided to pay it forward. Ric Burton decided to sponsor. 20-30 young developers to attend LisCon, the Ethereum conference in Lisbon.

“I had a bunch of people asking if I was going to Lisbon, and since I couldn’t make it, I thought why not try and fund students to attend. I thought I would get around 100 responses, and I got well over 1,000 DMs. After sifting through each message to see who was serious about attending LisCon, shared all of this on Twitter, and the movement grew from there with more people chipping in to send students,” says Burton.

Satvik Agnihorti was one of the grant recipients. He explains that going to the conference was an opportunity to meet “such an incredibly smart and thoughtful group of people.”

“My biggest takeaway was probably how fundamental a technology blockchain and cryptocurrencies are going to be. There’s an insane number of applications. We quite literally have a technology that can transform how the entire world works by creating new systems,” he says.

Bringing talent and an alternative to formalized studies

For Agnihotri, one of the big takeaways from his experience was the use of scholarships to bring talent to the crypto space.

“I know one of the other kids who was on the trip was really into AI before going. Because he went out to Lisbon on this trip, he’s now really into crypto. That was an AI dev – now he’s a crypto dev,” he says.

In addition, he saw the lack of educational barriers as valuable to entry and expands the possibilities of growth.

“What seems to be apparent is that it doesn’t really matter if you went to college, or have a degree, or even graduated high school. In the crypto community, it feels like as long as you are competent, work exists for you,” he says.

“Making that message really loud is cool to me because it means we can get really smart people working on interesting projects sooner in their life, and wasting less time in systems (i.e., the education system) that are designed in a way that is not optimal for learning and growing.”

Those involved in the crypto space already often discuss this conflict with the current education system. It’s especially since blockchain and crypto courses at universities are still few and far between. Even those that do exist mostly focus on the technological development of blockchain in strictly the financial or computer science streams.

In addition, most act as introductions to blockchain and digital currency. This leaves a wide gap between what can be learned in a classroom and what is happening in the space.

The community sees the benefit in paying it forward

Burton’s efforts have continued to be an inspiration for further conferences. Recently, representatives of Meta Cartel, Eth Denver, and Harmony announced a similar initiative. They plan to fund high school and college students to attend their first crypto conferences.

Harmony launched Dreamer DAO specifically for this purpose. It sent 100 high school and college students to NFT NYC, one of the biggest NFT conferences to date.

“This is a good way to pay it forward and ensure that students have access to resources in the space. Blockchain education is a nascent field, and it can be costly to travel to conferences having to pay for transportation, accommodations, and the actual cost of admittance. Schools and institutions have not yet stepped up to fund the future of Web3 builders, so the community is taking it into our own hands,” says Li Jiang, COO of Harmony.

Yalor, the Champion for MetaCartel, agrees. He explains how after meeting the LisCon students, the highest voted idea on Meta Cartel town hall was a similar program, appropriately called PadawanDAO.

“I don’t know why this hadn’t been thought of before, but my only guess is that most programs for bringing youngsters to physical conferences were approached from a capture strategy (Invite them and then hire them away to do something) whereas this initiative is completely benevolent,” says Yalor, Champion of MetaCartel.

“We have no interest in making these kids do anything. We just want to see them create value inside the ecosystem. It feels good to give, and a thousand dollars could be the difference between a kid finding his way into Ethereum or going to work for a Web2 Monopoly,” he says.

There are universities integrating blockchain courses into the syllabi. However, none compete with the overwhelming speed and scope of Web 3.0 meeting places.

Twitter hosts multiple threads by different people in the community daily. Each discusses a new area or nuance in the Web 3 world. As a student or someone looking into the space, there is almost no need to step into an accredited blockchain course.

According to Jiang, these new entries also learn quickly, participate, and find their voices in this space.

“They are aware, and I am very impressed by their knowledge! Web 3 and crypto is permissionless, and many are building amazing products. This is the catalyst of why we want to fund scholars to attend conferences and hackathons so they have the opportunity to collaborate and meet other contributors of the ecosystem,” says Jiang.

Using DreamerDAO and PadawanDAO as examples, these autonomous organizations are aiming to be a place for better onboarding into Web 3.

“Web3/Crypto provides a gateway to an incredibly interesting and advanced society. I’m incredibly excited to be a part of that,” says Agnihotri.

Even projects that appear as surface-level and silly prove to be useful onboarding tools—for example, ConstiutionDAO. The project even said that some of those who donated did so from never-before-used Ethereum addresses.

A project like ConstiutionDAO may not have the longevity to enable continued growth and education. However, it emphasizes the interest and needs for projects to actively bring people into the metaverse.