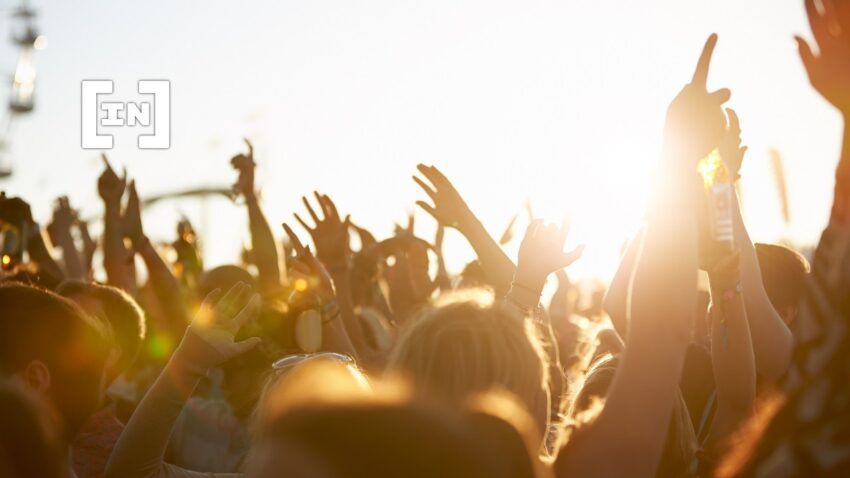 As the NFT PFP (profile picture) boom dies down, a greater understanding of the potential utility that NFTs have is beginning to emerge. Several traditional, long-standing industries have the potential to be transformed by the use of blockchain technology, with the proof of authenticity and ownership that it provides.

Utility for NFTs is being explored in various infrastructure sectors, with healthcare records and supply chain management beginning to adopt Web3 technology.

Meanwhile, in the entertainment industry, NFTs are already being used to enhance the experience for users and fans. For example, big-name festivals, sports leagues, and individual artists are using Web3 technology to create a more immersive experience for their audience.

However, a small yet vital sub-section of the live entertainment industry stands to experience the biggest disruption from the continued decentralization of the internet; live event ticketing.

Currently, the online event ticketing industry is worth around $30 billion and a tiny handful of companies own an extremely dominant market share. This is problematic, and there is a growing dissatisfaction with existing ticketing platforms among the live events community.

Stories of shows being sold out in seconds, only for tickets to reappear on the ticketing providers’ secondary marketplace minutes later at an extreme markup, are rife. Disappointed fans have now become accustomed to being unable to purchase tickets for popular shows.

The issue is compounded because major ticketing providers don’t seem to be doing a great deal to solve this. Many even seem to benefit from ticket scalping via their fee structure.

Legitimate secondary sales of tickets are not the problem. Plans change, babysitters cancel, etc., and a secondary marketplace for tickets provides a platform for those who can no longer attend to sell their tickets to those who missed out.

It begins to take on a more sour taste when we learn that companies like Ticketmaster have representatives caught on camera actively telling scalpers that they have no interest in policing the multiple accounts and bots they own to bypass anti-scalping measures.

Ticketmaster’s issues have grown substantially since its merger with Live Nation 10 years ago, which began a concerning monopoly. HBO’s John Oliver recently covered their practices in his show Last Week Tonight, again demonstrating a growing resentment over the immoral, questionable and even illegal tactics used by the largest ticketing platform.

Ticketmaster is not alone in their use of shady tactics, though. With roughly 12% of people surveyed reporting buying a fake ticket, it’s clear that little is being done to help consumers. Additionally, while event ticketing continues to offer nothing in the way of additional utility for its customers, in the opinion of many, it’s an industry ripe for change.

With blockchain and Web3, we have the opportunity to shift the focus of event ticketing from profit, bots and scalpers to those who make live events possible.

The transparent ledger provided by blockchain gives unprecedented access to the journey a ticket makes, meaning artists and event organizers can identify their true fans and those who are simply trying to turn a profit with a resale.

Minting tickets as NFTs will eliminate fraud while using smart contracts to determine royalty splits on secondary ticket sales will dramatically reduce the opportunity for scalpers to make a profit.

Furthermore, artists can reward loyal fans via airdropped perks and rewards, already a proven method to enhance the experience for live events audiences.

With surveys showing that consumers prioritize experiences over possessions, it seems as though SeatlabNFT is ready to disrupt an industry that has gone unchallenged for too long.

After many years working in live events, I decided that ticketing platforms should serve the people in the live events industry. I believe that Web3 technology has the power to help make this change by creating a closer relationship between fans and artists, rewarding loyalty and making it harder for scalpers and touts to profit.

Ryan Kenny is the CEO of SeatlabNFT (an NFT-ticketing solution built on the carbon-neutral NEAR blockchain), and the Managing Director of Seatlab, a solution for monetizing ticketing ecosystems, and previously managing director of OneCrypto, one of the UK’s first dedication cryptocurrency mining information hubs. Ryan is passionate about the blockchain space and focused on utilizing the technology to ensuring the ticketing industry is a fairer place for artists, promoters and attendees because of it.

Got something to say about NFT tickets or anything else? Write to us or join the discussion in our Telegram channel. You can also catch us on Tik Tok, Facebook, or Twitter.